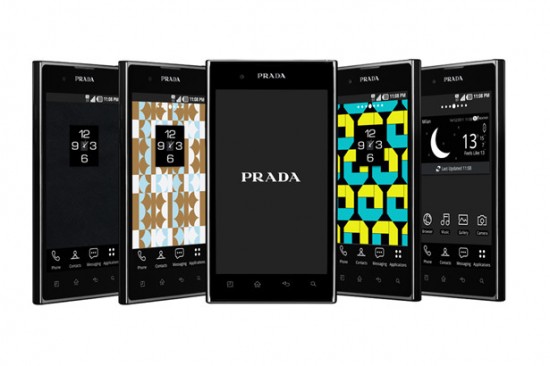 After the device has just launched in its homeland of South Korea, PRADA phone by LG 3.0, a PRADA and LG partnership product, is available in UK from today onwards.

This highly anticipated handset, described as ‘World’s Most Stylish Smartphone’, is the third phone to come from the collaboration and represents a key design venture for both companies.

The PRADA phone by LG 3.0 combines PRADA’s distinctive style with LG’s innovative technology, including one of the biggest and brightest screens in the world with 4.3inch and 800-nit screen.

The collaboration between PRADA and LG, which began in 2006 and resulted in two premium phones being introduced in 2007 and 2008, focuses on key elements within the smartphone, including software and user interface down to its design and packaging.

The first LG Prada (LG KE850) raised a controversy at the launch. LG Electronics has claimed the iPhone’s design was copied from the LG Prada. Woo-Young Kwak, head of LG Mobile Handset R&D Center, said at a press conference, “We consider that Apple copied the Prada phone after the design was unveiled when it was presented in the iF Design Award and won the prize in September 2006.”

The PRADA phone by LG 1.0, a pioneer in the fashion-house mobile phone space, was an unqualified success, selling over one million units. This premium handset combined high-end technology with a design embodying superior style. As evidence of its place in design history, the PRADA phone by LG 1.0 is part of the permanent collection in New York City’s Museum of Modern Art (MoMA) and the Museum of Contemporary Art (MOCA) in Shanghai.

The PRADA phones by LG were revolutionary in the technology they offered to users. The PRADA phone by LG 1.0 was the world’s first touchscreen mobile phone, and the 2.0 provided an innovative mobile experience through its unique watch with Link technology, which allowed for easy access to caller ID, SMS text messages, call history, call block and two-way alarm notification.