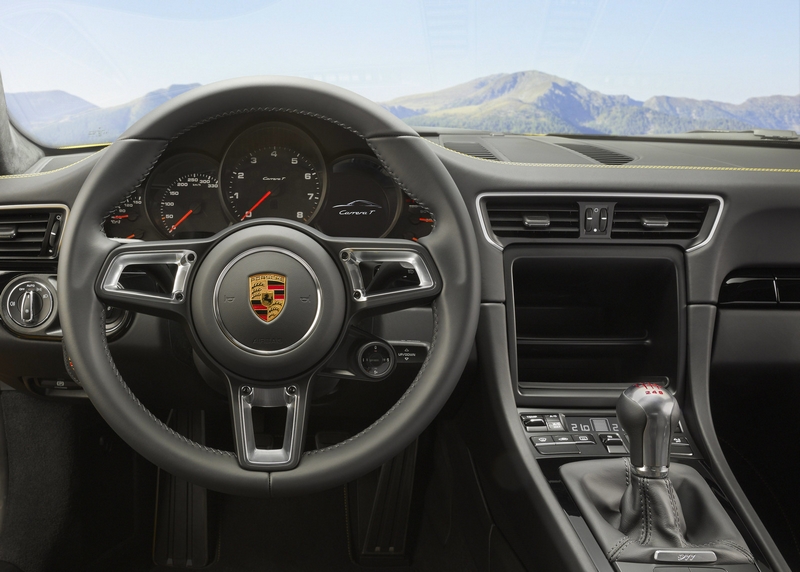 With less weight, a manual transmission with a shorter constant transaxle ratio, and a standard mechanical rear differential lock, performance and driving pleasure are heightened in the new 2018 911 Carrera T – the lightest model in the 911 Carrera range (3,142 pounds). The 2018 911 Carrera T is now available for ordering (from $102,100) and is expected to reach U.S. dealers by March 2018.

The rear windshield and rear side windows are made of lightweight glass, and door opener loops on the inside replace the conventional door openers. Similar to the 911 GTS models, sound insulation has been reduced.

The 911 Carrera T (“T” stands for Touring) is also equipped with several performance-enhancing features that are not available on the standard 911 Carrera. This includes the PASM Sport Suspension with a 0.39- inch (10 mm) lower ride height, a shortened gear lever with an embossed shift pattern in red, and seat centers made of Sport-Tex material. 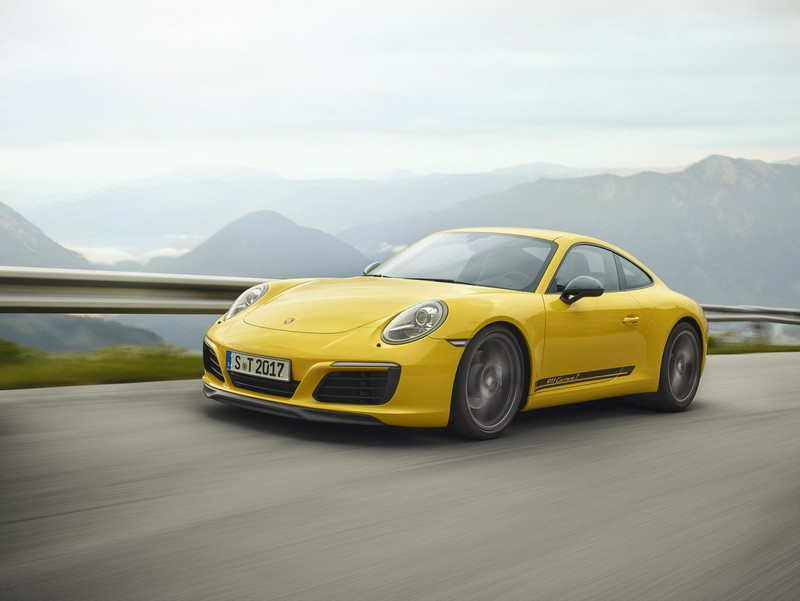 The Porsche 911 Carrera T is fitted with an aerodynamically optimized front spoiler lip that comes with the PASM Sport Suspension. The SportDesign exterior mirrors are painted in Agate Grey. The vehicle’s side profile features 20-inch Carrera S wheels painted in Titanium Grey and a stripe bearing the model designation. The standard Sport Exhaust System with black exhaust tips characterizes the rear of the car.

The twin-turbo 3.0 flat-six engine develops 370 hp and 339 lb-ft of torque, the latter of which is available in a broad range between 1,750 and 5,000 rpm. Thanks to the manual transmission with a shorter constant transaxle ratio and the mechanical rear differential lock, the 911 Carrera T accelerates from zero to 60 mph in 4.3 seconds, 0.1 second quicker than the standard 911 Carrera. The manual version reaches a top track speed of 182 mph. When equipped with the optional PDK transmission, the 911 Carrera T reaches 60 mph in 4.0 seconds using the standard launch control feature and has a top track speed of 180 mph.

The car is equipped with a new interior package, electrically adjustable sport seats, GT Sport Steering wheel with leather rim, and additional colored accents via the seat belts, the “911” logo on the headrests, the door opener loops, and the seat centers made of Sport-Tex. 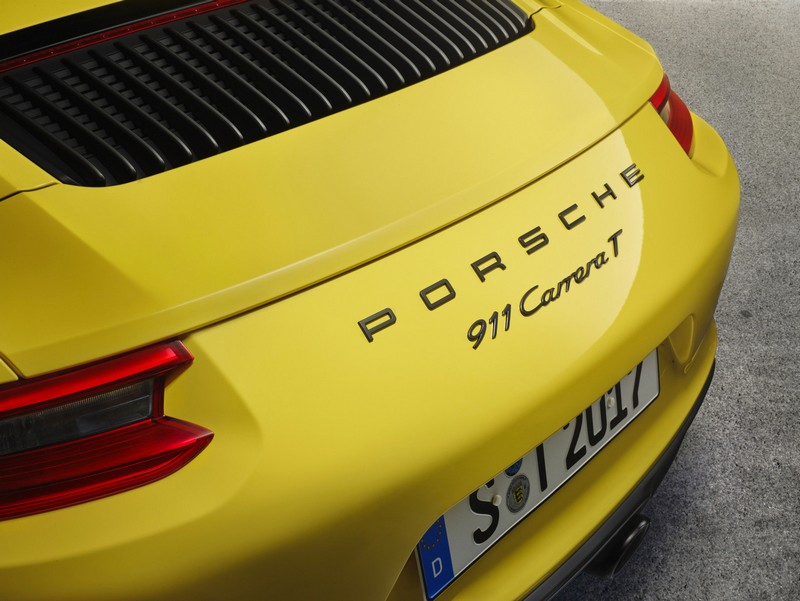 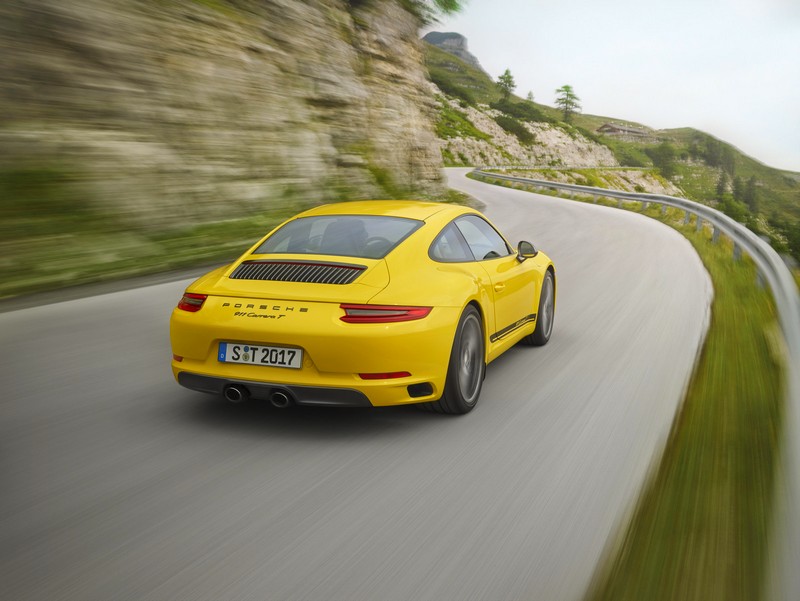 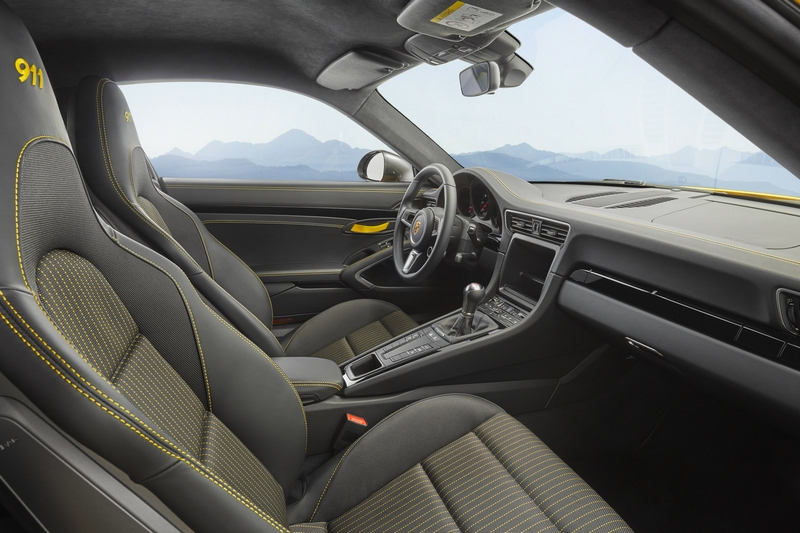 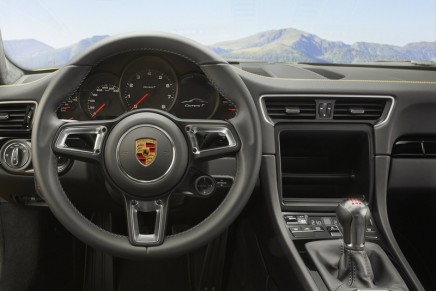 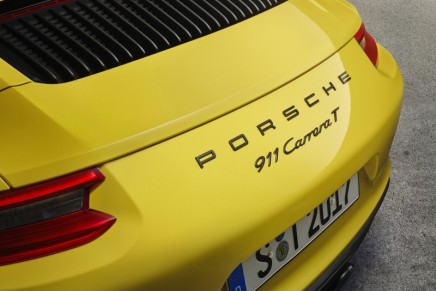 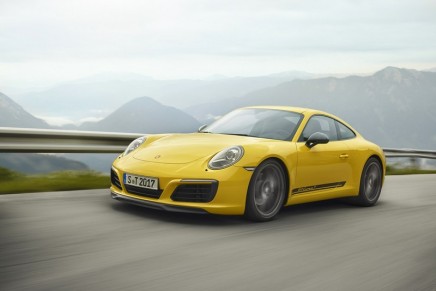 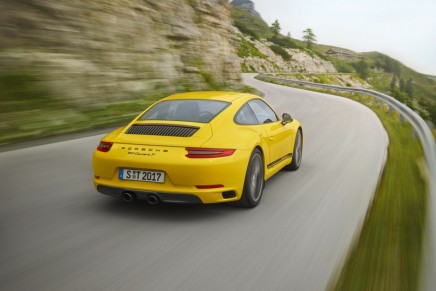