New cruiser-racer Wally 93 with the most advanced composite technology introduces a new deck style. Wally is currently closing the new high performance world cruiser Wally 143, and the fifth unitof the 27 wallyace, and has under construction the fourth Wallycento, scheduled to be launchedin the summer. 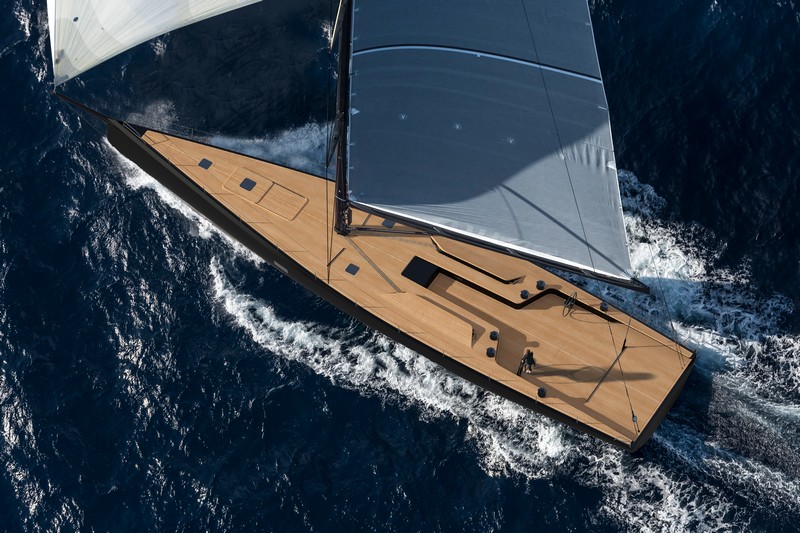 A new Wally superyacht is born. According to the Monegasque yachting brand, the new Wally 93 was developed for an existing Wally owner who is a keen racing yachtsman.

The Wally 93 is a step forward in Wally yachting evolution: the stunning cruiser-racer will stand out for her performance as well as her appeal. The new custom superyacht boasts the proven Wally hallmarks and the Judel Vrolijk naval architecture.

The new Wally 93 is currently under construction using the most advanced composite technology, to provide for the super reduced displacement and increased rigidity.

The building materials are like those used in the America’s cup boats: high modulus unidirectional carbon fiber, and CNC female carbon fiber mould. The launch is scheduled in the summer 2018. The breakthrough superyacht will make her debut at the Maxi Yacht Rolex Cup 2018.

The Wally 93 introduces a new deck style that camouflages the central social cockpit and the coamings, looking like a full flush with plenty of living areas, unobstructed from any manoeuvre. 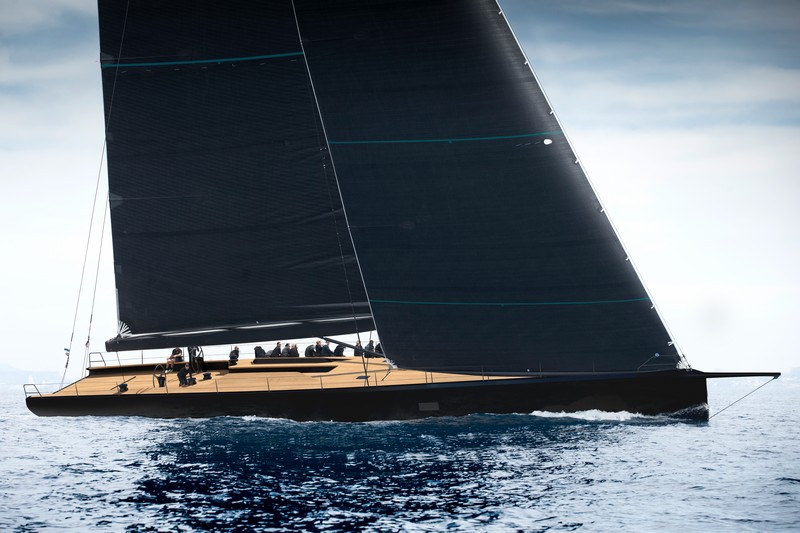 The salon has more privacy than in the standard layouts because it is separated from the access to down below: the companionway leads to the passageway of the crew and guest cabins and to the galley area. Enhanced privacy also for the owners area, located forward the salon, while the
two guest cabins are aft.

“The design of the Wally 93 benefits from the experience of Open Season, the uncontested leader of the Wally Class, and of the Maxi72 winners of the last three worlds, all designed by Judel Vrolijk.” continues Bassani, “The Wally 93 is very light and powerful with a displacement of only 35,5 tons, and a sail area/displacement ratio even more powerful than that of the Wallycentos!”.

The weights are centred amidships to minimize the pitching. The lifting keel provides for the draft to extend from 4,5 to 6,2 meters to increase the righting moment in the broad reach and the lift upwind. 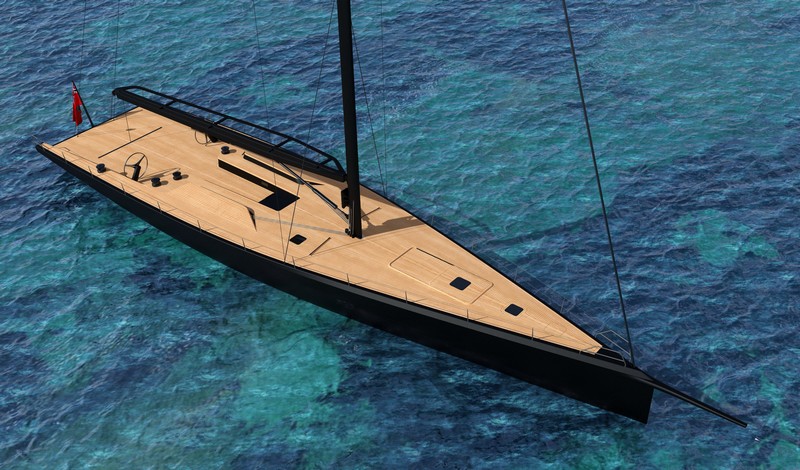 “A Wally is the perfect syntheses between a high performance cruising yacht and a competitive racer ” says Rolf Vrolijk of Judel Vrolijk & Co., responsible of the Wally 93 naval architecture “This new design is streamlined for the Wally Class racing circuit, that is the most competitive racing in high performance cruising yachts in the Mediterranean.”

“Very powerful upwind with the same draft as the Wallycento, the Wally 93 will be able to keep her lane after the start on the first upwind leg. The performance are optimised for the light to medium conditions: the yacht will have the ability to start surfing with 16 knots of wind, and easily capable to exceed the true wind speed”, concludes Vrolijk.

According to the yacht manufacturer, Wally is currently closing the new high performance world cruiser Wally 143, and the fifth unit of the 27 wallyace, and has under construction the fourth Wallycento, scheduled to be launched in the summer. 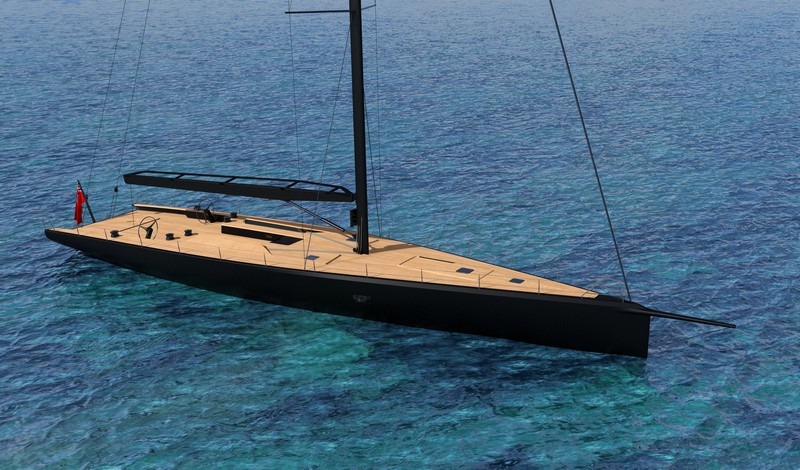 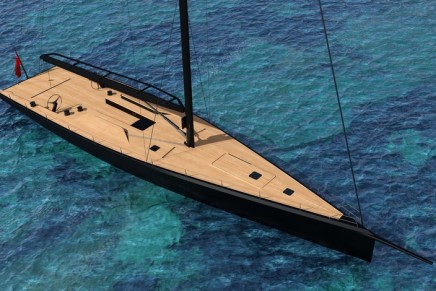 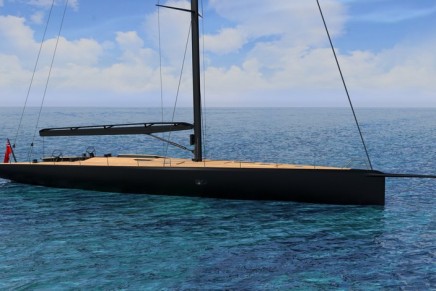 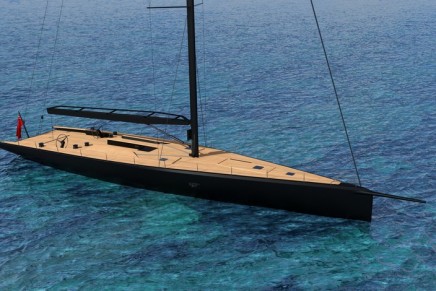 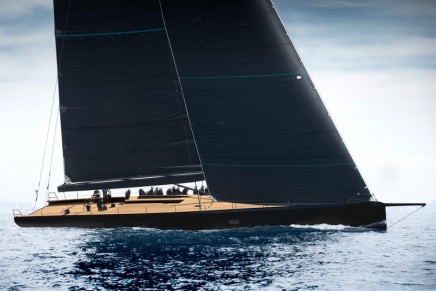 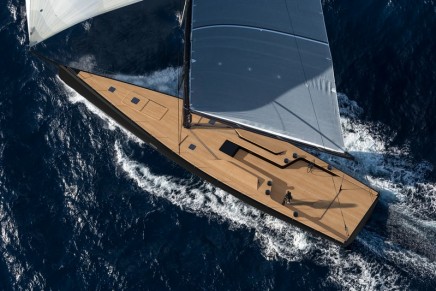