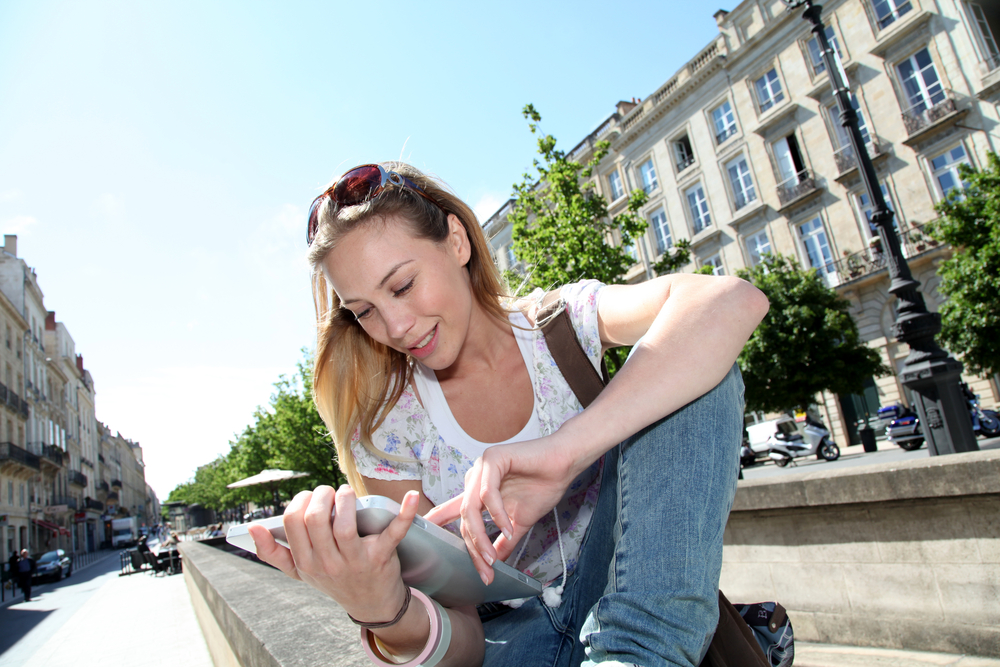 Are you part of the new travel class, ‘the digital elite?‘  The use of both smartphones and tablets has increased so rapidly since 2011 that it has spawned a new class of travelers – the “Digital Elite,” accordingto the newly-released MMGY Global/Harrison Group 2013 Portrait of Digital Travelers.

These individuals own and use at least two digital devices (a smartphone and tablet) to plan and purchasetravel services, and this segment has grown from five percent of all active travelers in 2011 to fully onethird (33 percent) today, an increase of over 600 percent.

“The travel industry should certainly study the emergence of this new group very carefully, as in many respectsthey represent the ‘next generation’ of travelers,” explains Steve Cohen, vice president of insights at MMGYGlobal, an integrated marketing firm that specializes in the travel industry. “We’ve found that the ‘DigitalElite’ not only travel and spend significantly more than other travelers, but they plan to spend even more inthe year ahead.”

Who are the new “Digital Elite,” and how are they different from less-connected travelers? Following is anoverview of insights from the new report:

• A BURGEONING MARKET: The “Digital Elite” are defined as travelers who either own or access the internet onboth a smartphone and tablet. Smartphone usage among active travelers has nearly tripled in just two years -from 23 percent in 2011 to 62 percent in 2013. Tablet adoption has been even more rapid, with only sevenpercent of travelers using them to access the internet in 2011, up six-fold to 43 percent this year.

• FAMILY MATTERS: Half of the “Digital Elite” have children in their household (50 percent), compared withjust 37 percent of less-connected travelers, consistent with their younger age, and revealing a discerniblefamily focus. They are also much more likely to have traveled with their kids (51 compared to 38 percent) – andtheir kids have greater influence on practically all family activity decisions than in other households. For
example, the “Digital Elite” are significantly more likely to agree that their children influence the actual selection of vacation destinations (78 vs. 70 percent).

• DIGITAL TRAVELERS HAVE MORE FUN: Perhaps surprisingly, while on vacation the “Digital Elite” areconsiderably more likely to try to relax while staying in touch with the office (40 vs. 30 percent). As such,they desire more time to relax and unwind (86 vs. 81 percent), and engage in “relaxing” activities more onvacation than they do at home, including drinking alcoholic beverages (53 vs. 43 percent), making love (41 vs.
35 percent), sleeping (38 to 32 percent) and reading (38 to 34 percent).

• INTERNATIONAL INTERESTS: “The Digital Elite” are significantly more inclined to travel internationally,with more than half (53 percent) having taken at least one leisure trip outside the continental U.S. during thepast year, compared with only 38 percent of less-connected travelers. Among them, six in 10 took a long-haultrip where the flight time exceeded eight hours (61 percent), while only 55 percent of travelers who own anduse fewer devices have done so. And they are more likely to have visited Western Europe (39 vs. 29 percent) andthe Caribbean (34 vs. 29 percent).

• SOCIAL CONNECTIONS: The online social activities of the “Digital Elite” paint a far different picture than that of less-connected travelers. Eight in 10 are on Facebook (81 percent) compared to just 70 percent of those who own and use fewer digital devices, and nearly half are on LinkedIn (48 percent vs. 28 percent). More than three in 10 are active on Twitter (33 percent) compared to just 19 percent of their counterparts, and nearly one quarter (23 percent) is on YouTube (versus 19 percent) and Google+ (23 vs. 13 percent). Twice as many are on Pinterest (19 percent vs. 9 percent).

• KEY TRAITS: Beyond their use of these devices, their personalities differ, too – the “Digital Elite” are significantly more likely to say they are “happy” (82 percent) than travelers who own and use fewer digital devices (72 percent). They are also much more likely to describe themselves as “fun” (54 vs. 46 percent), “confident” (52 vs. 47 percent) and “sociable” (47 vs. 40 percent). More describe themselves as “healthy” (50
percent) and “fit” (32 percent) than less-connected travelers (44 and 25 percent, respectively), and many more plan to “become healthier” (62 vs. 56 percent) and “improve their appearance” (42 vs. 34 percent) in the coming year.

• SHOPPING HABITS: When it comes to finding the best prices for travel services, the “Digital Elite” more often turn to an online travel agency (OTA), with 53 percent doing so compared to 45 percent of less-connected travelers. The same goes for booking travel services, with significantly more of the “Digital Elite” believing that OTAs provide the most convenient way to arrange travel plans (49 percent) – significantly more than their
travelers with fewer digital devices (43 percent).

• PUSHING FOR BETTER WEB EXPERIENCE: The “Digital Elite” are driving the demand for better web content from the travel industry, with nine in 10 having made travel reservations online last year – 10 percent more than less-connected travelers. They are highly likely to find more sophisticated content, often designed specifically for the web shopping experience, as desirable. For example, think interactive maps that explore
the destination (65 vs. 60 percent); downloadable coupons for savings on air tickets, hotel rooms, rental cars
and vacation packages (62 vs. 56 percent); user-generated reviews or commentary from past visitors (58 vs. 47 percent); websites optimized for mobile (57 vs. 31 percent) and virtual tours of the area (56 vs. 52 percent).
They are also significantly more likely to want an easy-to-use booking feature (76 vs. 72 percent), photos of the area (76 vs. to 72 percent) and the ability to preview room locations (74 vs. 65 percent).