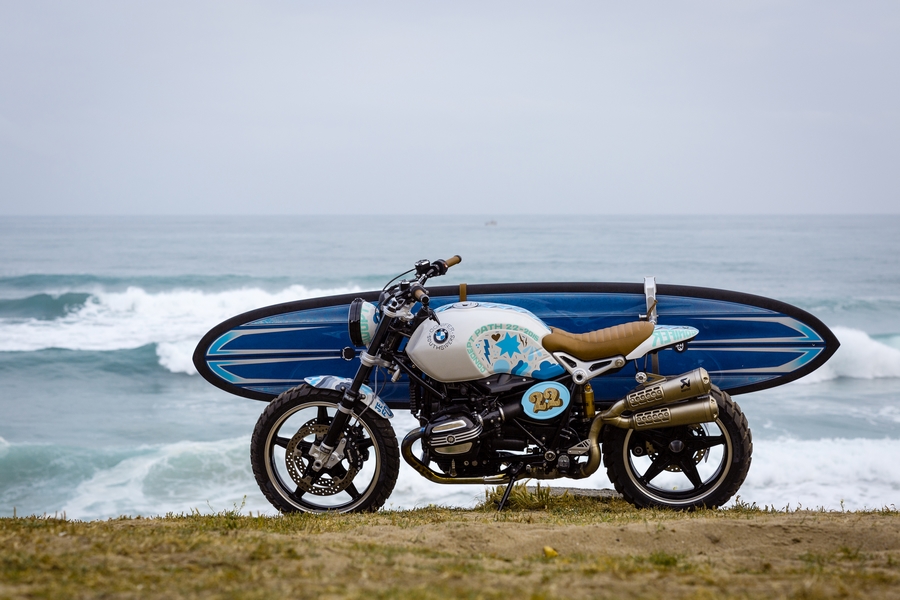 At this year’s Wheels & Waves Festival in Biarritz, BMW Motorrad presented for the first time an interpretation of a scrambler – the BMW Concept Path 22.

The BMW Concept Path 22 is the result of a collaboration that goes far beyond the motorcycle itself. At the initiative of the Wheels & Waves organisers, the motorcycle club Southsiders MC – in particular their member Vincent Prat – BMW Motorrad invited the artist Ornamental Conifer and the surfboard shaper Mason Dyer of Dyer Brand to design the BMW Concept Path 22 together.

The name “Path 22” refers to one of the insider secrets among Europe’s surf spots. This particular stretch of beach is inaccessible to cars, located on the Atlantic coast of southern France, half an hour’s walk through one of Europe’s biggest pine forests. The path leading to this spot bears the number 22. 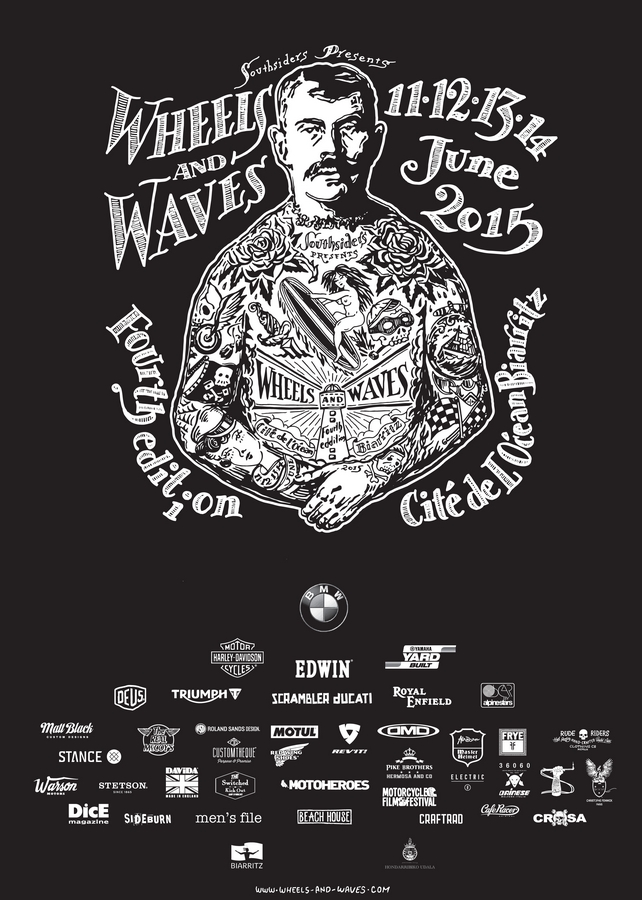 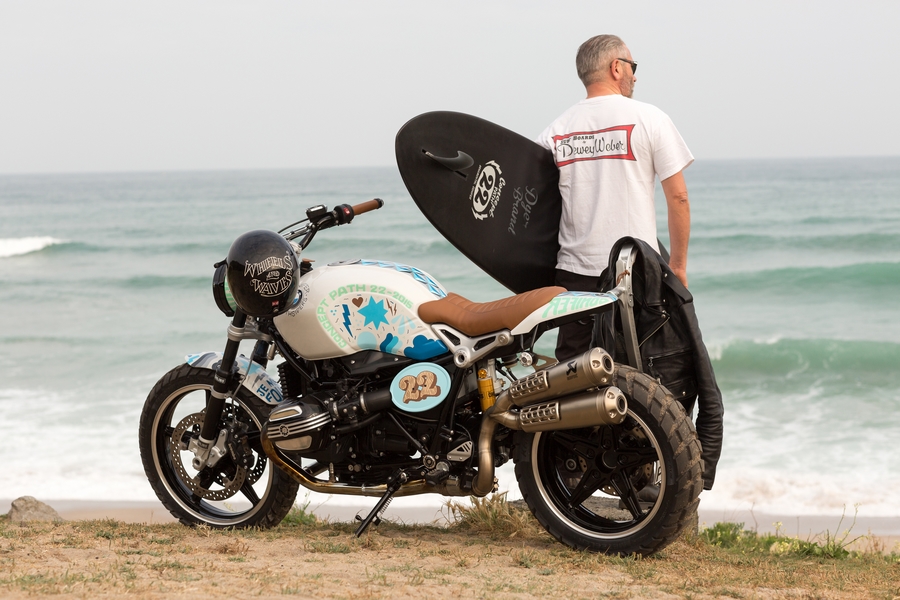 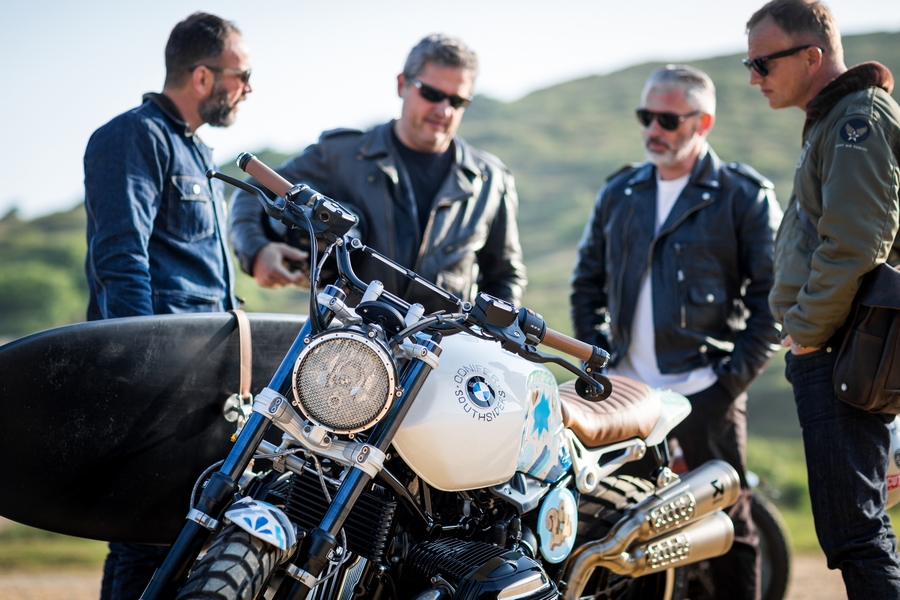 The first scramblers in the 1950s were modified road machines with deep-treaded tyres, somewhat increased spring travel and a raised exhaust for off-road riding. These features gave the bikes a characteristic appearance that came to symbolise an attitude.

“A scrambler is the perfect match for Wheels & Waves. It’s the epitome of a motorcycle beyond established standards and conventions. Performance specifications are not so much of interest – style and originality all the more so. Scramblers express passion and are as varied as their owners. The Concept Path 22 is our own interpretation based on the R nineT. The latter is the perfect basis for a scrambler conversion”, explains Edgar Heinrich, Head of BMW Motorrad Design.

A particular highlight of the BMW Concept Path 22 is the surfboard holder on the right-hand side. Made solely of machined aluminium and leather, it is highly variable and can be adapted to different board sizes. When not required it can be folded down to disappear into the bike’s silhouette or else simply dismounted. 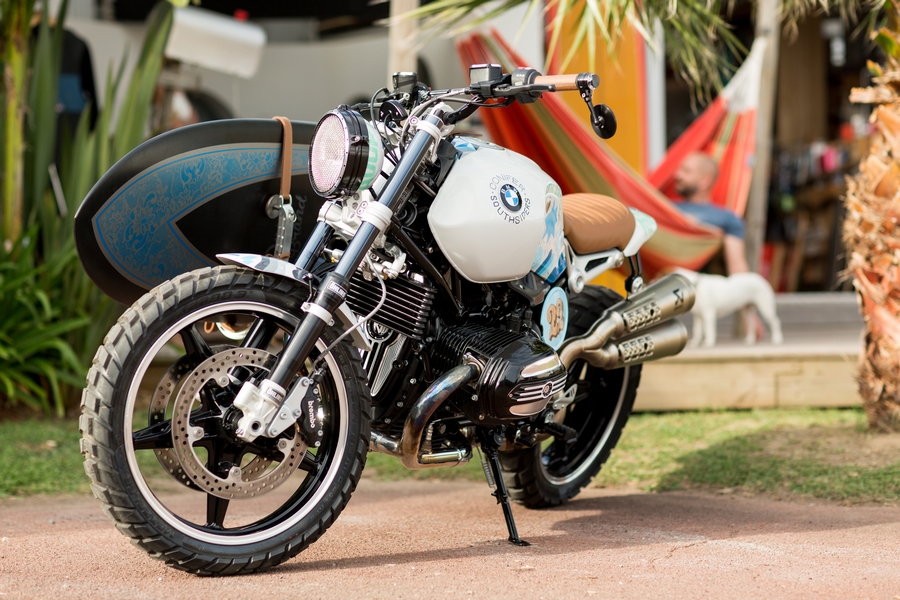 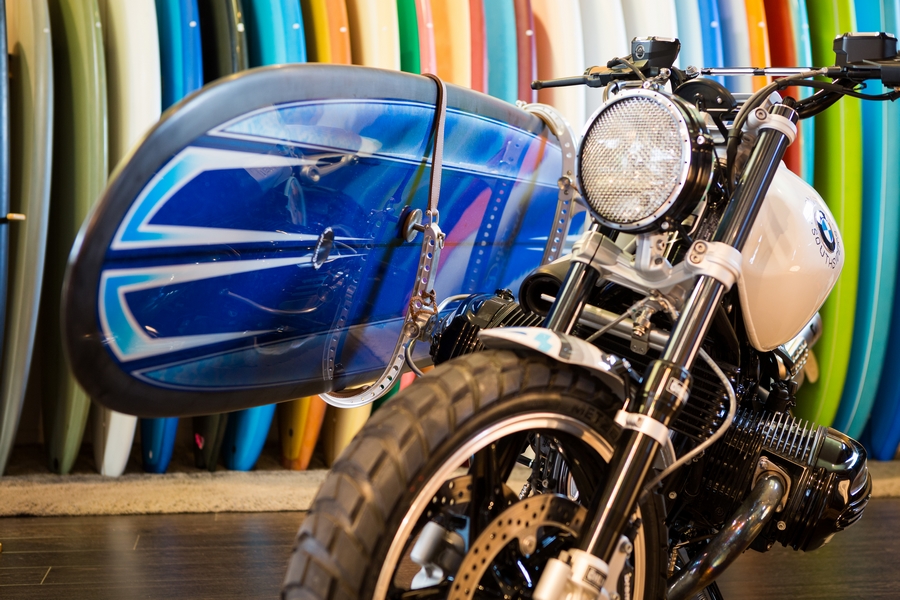 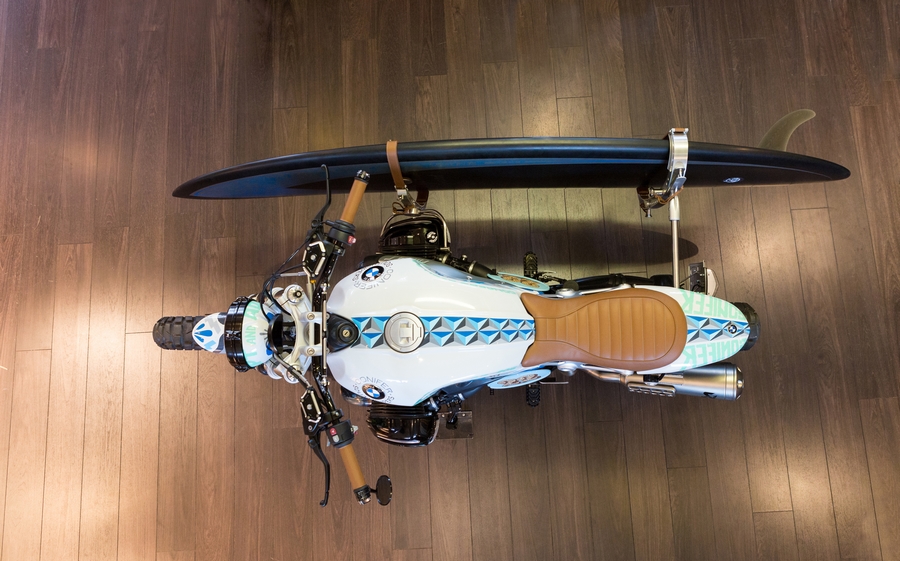 The boards to suit the holder were made by Mason Dyer of Dyer Brand in San Diego. He is famous for his high-quality custom boards that draw their inspiration from the 1950s and 1960s. Dyer has made two custom boards exclusively for the BMW Concept Path 22: a longboard (9’4) reminiscent of the period when scramblers first emerged and a shortboard (6’8) which meets the needs of modern surfers.

“The BMW Concept Path 22 stands for freedom – freedom of thought and its expression. There are no boundaries. Whatever you like is allowed – as at the Wheels & Waves-Festival. The Concept Path 22 is based on the BMW R nineT, which we see as the epitome of a custom bike. It is actually designed to be modified – customised according to individual preferences. The idea of a BMW scrambler is not new to us. Now seemed to be the right time to present our interpretation of this legendary vehicle concept,” says Ola Stenegard, Head of BMW Motorrad Vehicle Design.

From June 11th – 14th 2015, the Wheels & Waves Festival celebrated for the fourth time a unique meeting of custom bikes, surfing and art in Biarritz. The festival is a great event that provides a straightforward opportunity for people to get together in a unique atmosphere and express their lifestyle of freedom and individuality. 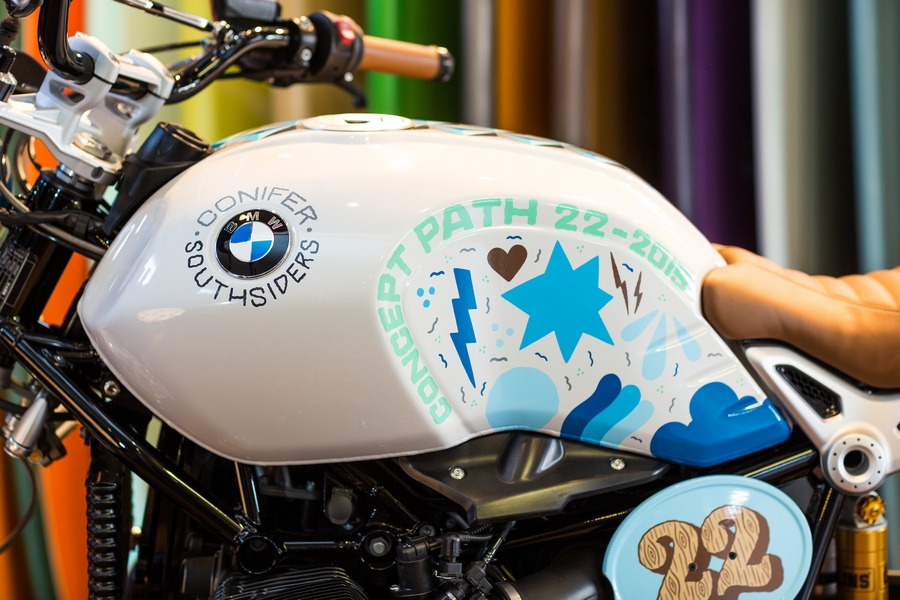 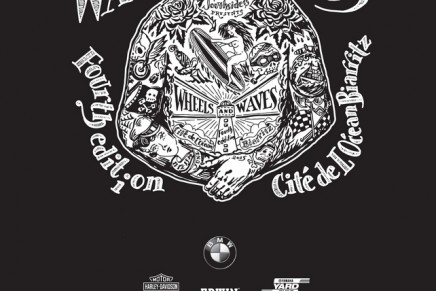 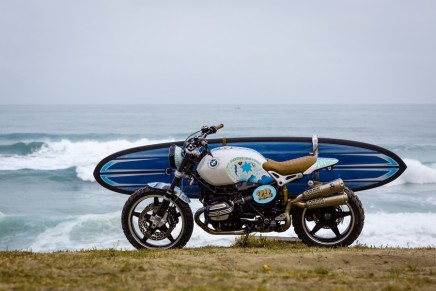 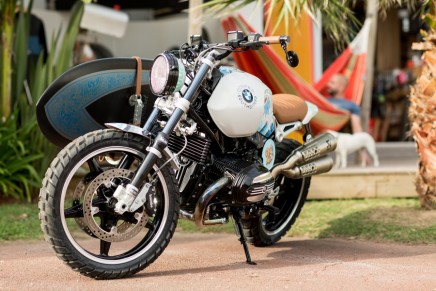 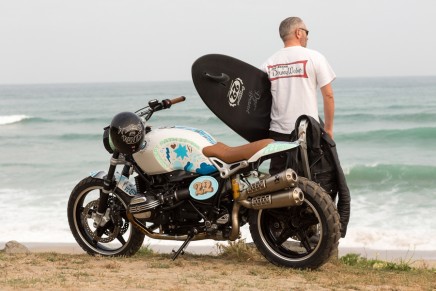 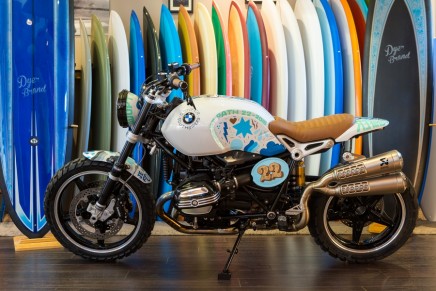 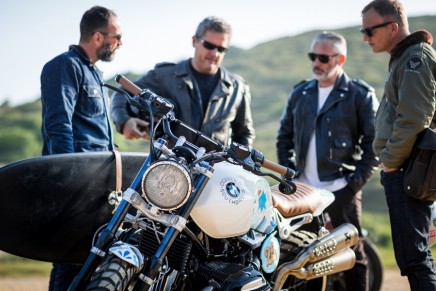 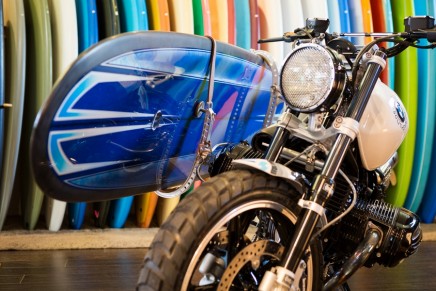 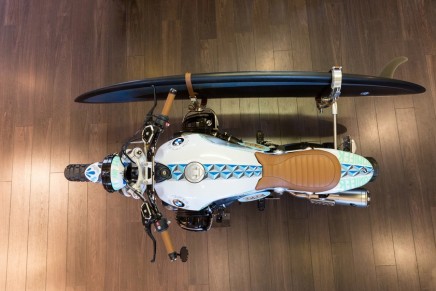 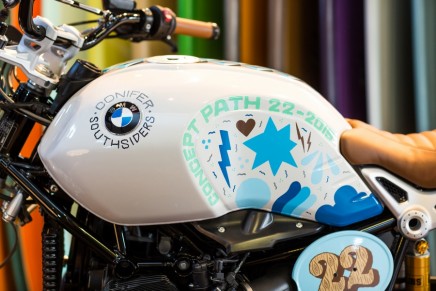