Sunseeker 155 Yacht – a new dimension in more ways than one 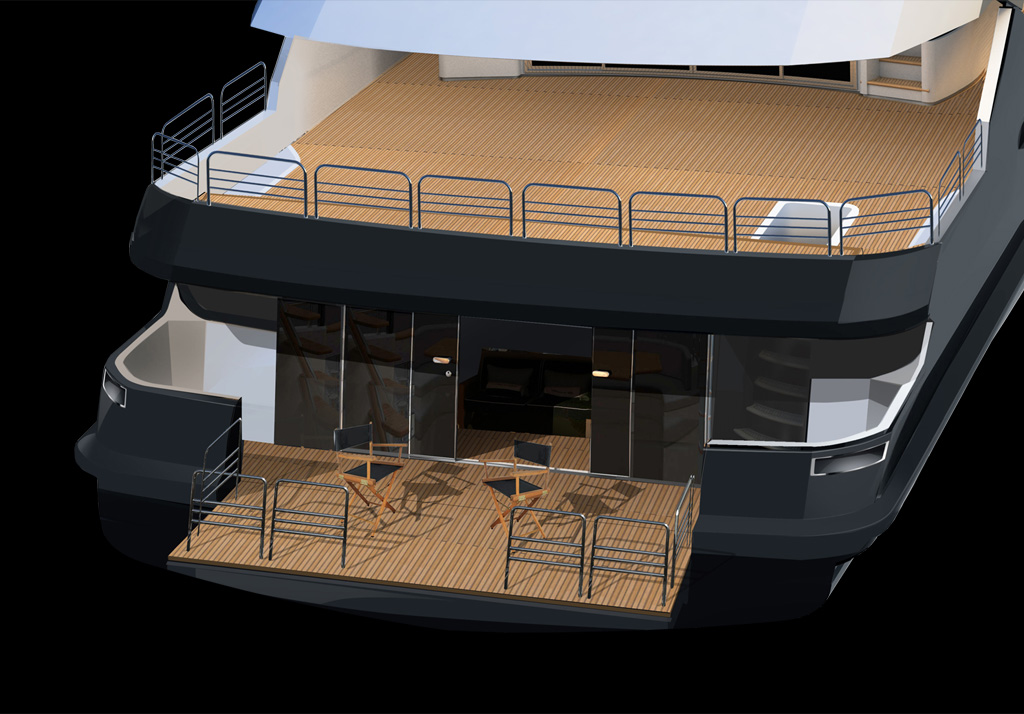 Sunseeker began designing megayachts in excess of 100 feet. The company it’s building its largest megayacht to date, the tri-deck 155 Yacht with 40 percent more interior volume than the previous models.

Sunseeker’s new flagship tri-deck 155 Yacht is now in build, and the first is due to launch in 2014. With a 4500 nautical mile range, Sunseeker 155 Yacht is the first ever semi-displacement, round bilge and long keel hull from Sunseeker. 155 Yacht will be a fully custom yacht in which the owners will design the interior and will have a say in the superstructure styling.

The 155 Yacht takes the concept of series building with personal customisation a step further than others, the modular composite build methodology virtually allowing owners a free hand, not just in the interior but also in the design of the actual superstructure. With a top speed of up to 26 knots Sunseeker 155 Yacht will accommodate up to 12 guests and 10 crew members.

The yacht will feature a beach club at the transom, a skydeck, a pool, a bar and much more.