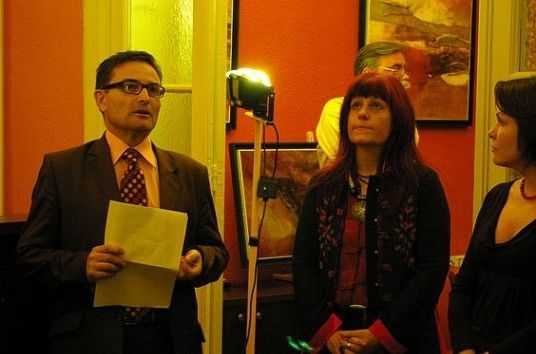 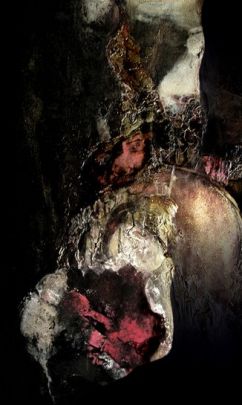 French artist Caterina Annovazzi has impresed the public all over the Europe and U.S. with unique paintings. In October 2009,  the artist had an exhibition in Bucharest at Elite Art Club Unesco Gallery. With this ocassion we had an oportunty to interview Caterina Annovazzi about various aspects of her artworks.

1: The artworks of Caterina Annovazzi are known mainly to French and West European audience. How was the encounter with East European art market, especially with Romanian art public?

R: My works have been very well received by the Romanian art world, including by artists whose style is more conservative than mine. But my works seem – up until now at least and with a few exceptions – very remote from the general public over here for whom my approach appears as “Avant-garde” and not much connected to them. The dominant taste in Romania sems to be for Impressionism and abstraction and digital art are far from Impressionism.

2. Which awards and distinctions obtained over time are the most important for you as an artist?

R: Being admitted to the prestigious Salon Comparaisons that takes place each year at the Grand Palais in Paris and not only that but being admitted to André Sablé’s group “Réalité Seconde”. I think Mr Sablé is a very talented painter but also a quiet man, always looking for ideas and I much appreciate his works as well as his personal ethics.

3. In the near future where Caterina Annovazzi will expose and how you choose locations? What locations are considered more prestigious?
R: A selection of my works will be exhibited for the whole of 2010 at Galerie Gavar in Paris. Selecting galleries/locations is both a matter of opportunities, personal contacts and feeling…
Paris, London, New York and Tokyo seem to me the most prestigious locations to have one’s works exhibited today.

4. Could you talk about your latest paintings and what you are trying to achieve with them? The used techniques.
R: My “Hybrid Media” are the result of a mixed technique, half “old school painting” and half digital. For me, they represent a great achievement, allowing me to enter the world of video/visual arts which is my initial background and I would love to make this universe and its characters alive by getting familiar with new softwares. 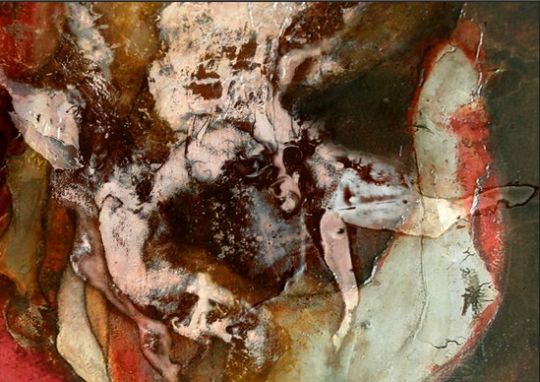 5. What artists have influenced you, and how?

R: Lyrical abstraction and “Figuration libre”. In the beginning, I was very much influenced by Far-Eastern artists like Zao Wou Ki, Kim En Joong and Tchou Té Chun. Lately, I’ve been much taken by the multi-media works of Takashi Murakami, a Japanese artist.

7. Who you admire the most from artistic world?

R: I would have to name a continent rather – Asia where an inner profoundness permeates all the works created there.

8. What is your personal vision about a successful artist?

R: Going forcefully ahead with what you want to convey, being successful in spite of the art market and its fads, but I can only speak for myself here… 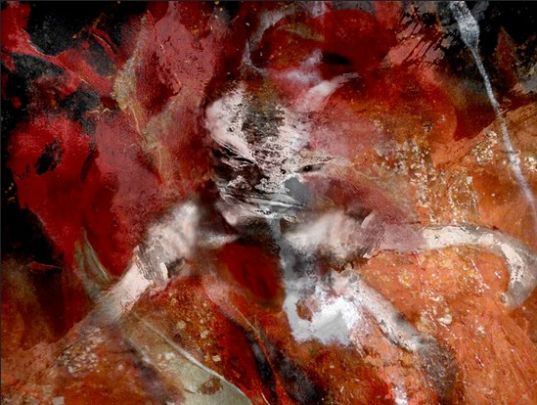 9. You have an unique technique. How did you get to this formula and how much time took your artistic maturation?

R: I invented this technique gradually, year after year merely by experimenting. My maturity as an artist has taken me about 20 years!

10. What inspires you to paint and how do you keep motivated when things get tough in the studio?

R: Taking a walk along the sea or in some Mediterranean city, preferably at dawn, the right time of day to experience a near-extatic state of mind. This mood then stays with me all day long and I keep it alive by practising sophrology, by praying and by losing myself in fragrances – my own personal rituals… 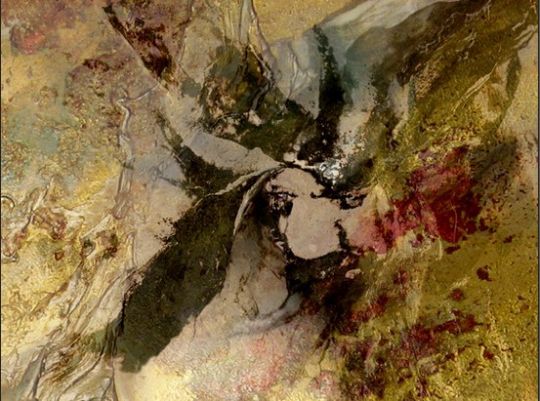 11. In what manner did you have handled the business side of being an artist?

R: My early career took a more commercial path and I gave that up for a purely spiritual quest. Being rich and famous is not my uttermost goal in life and if being successful meant waving goodbye to this inner quest, to this depth and to amy artistic evolution, then I’d rather not be successful!

12. What advice would you give to a junior artist, an artsit that is just starting his way in the art world?
R: I would only give advice to a young artist, if I knew him/her personally and I had the oppotunity to see his/her works and the way he/she produces them.
There is no such thing as a universal truth for an artistic career. 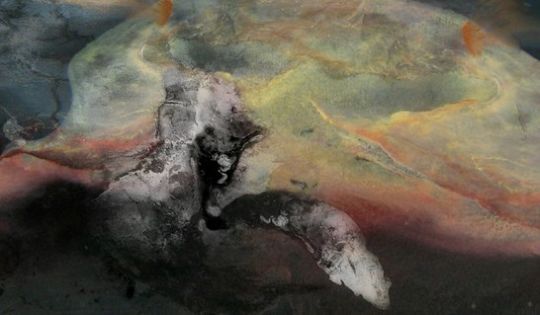 13. What other interests do you have (besides painting)?
R: Writing, bathing.

14. What age you will give to yourself if you did not know how old you are?

R: Just before being born, really.

15. If the national currency would be “happiness”, how rich would you be?

16. If you should give a child a single piece of advice about life, which advice you will give?

R: Watch out for the Martians!