A new Spring/ Summer 2015 pop-up space at Harrods is housing the largest selection of Sophia Webster styles. A favourite among Rihanna, Diane Kruger and Jennifer Lawrence, Sophia Webster’s colourful designs are known the world over. Her new season creations, in particular, showcase a riot of vibrant shades and imagination, and are the inspiration behind her fruit stall pop-up that has launched in Harrods Shoe Heaven. 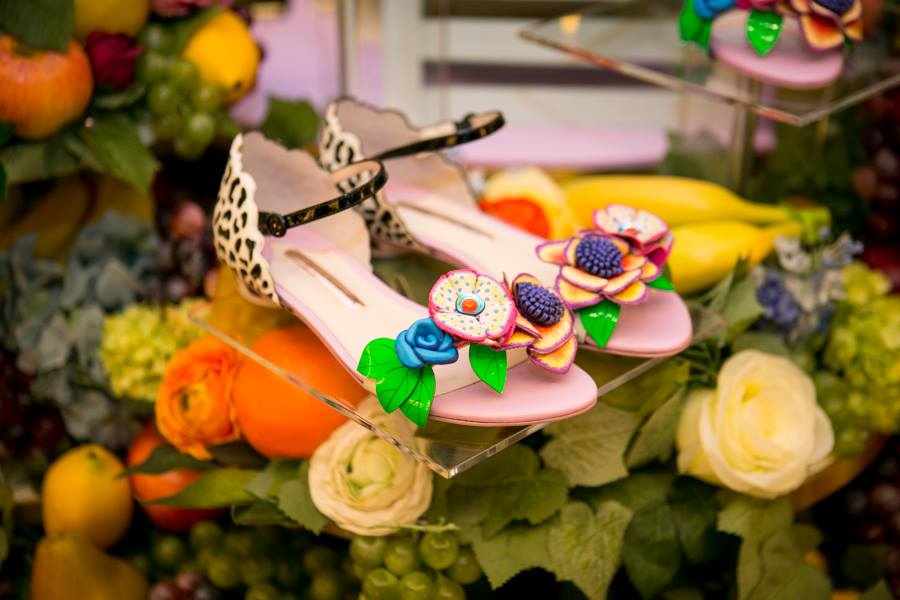 “Fresh from London’s famous Cordwainers College, Webster worked for Nicholas Kirkwood before launching her own eponymous line. Her shoes are masterpieces in the art of balance – just enough creativity to pique our interest, tempered with an irresistible, grown-up sexiness,” says Harrods about the fun new shoe brand.

Located on the Fifth Floor and open until Monday 16th March, the fabulously festive pop is also inspired by Sophia’s East End heritage.