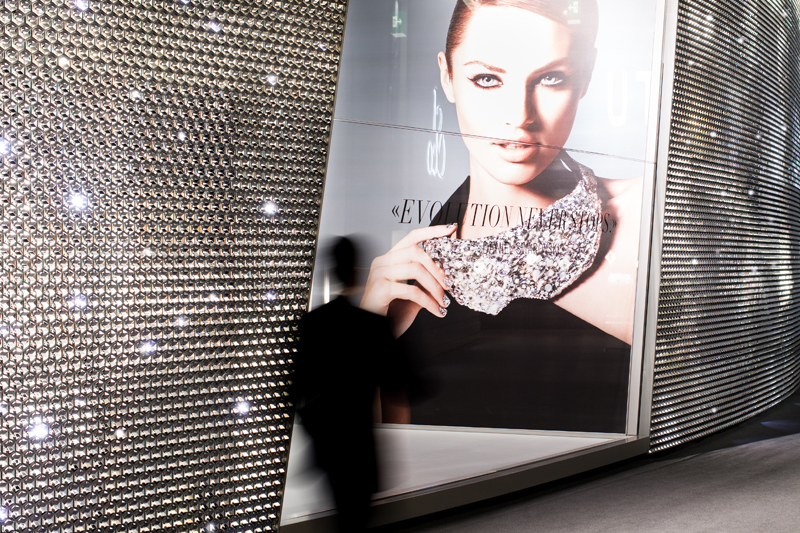 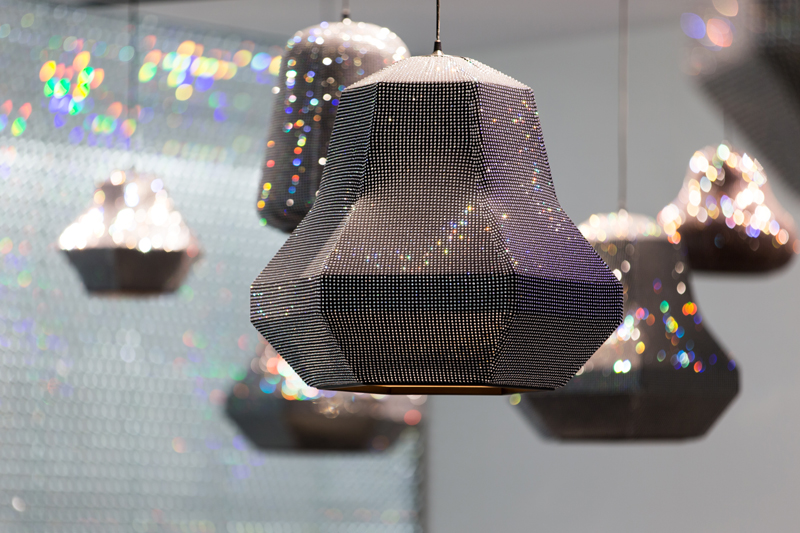 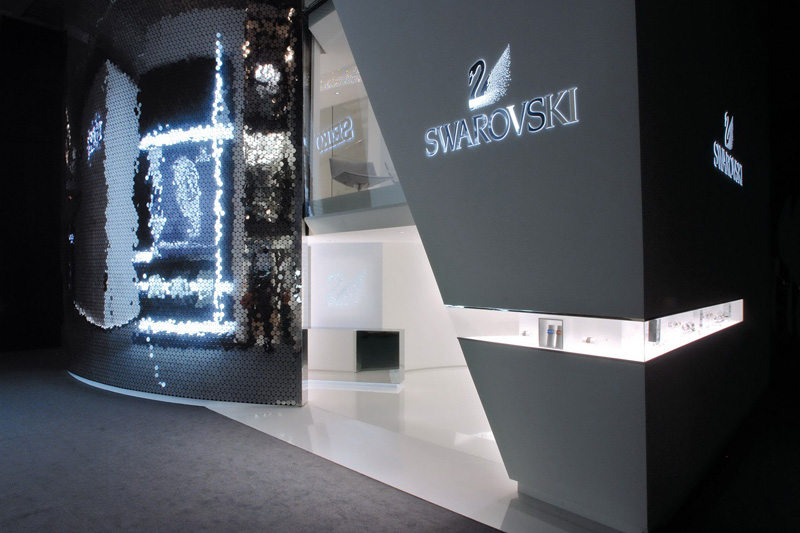 Swarovski’s Wings of Sparkle booth for BASELWORLD 2013 and 2014 is the winner of the prestigious 2014 RED DOT Award for best Stand Design. Swarovski impressed the Red Dot Award‘s 40-member international expert panel and the Swiss Xaver Award‘seight-member jury of with its exceptional design quality.

Wings of Sparkle is a play on the internationally-known company logo, the famed Swarovski swan. The Japanese designer Tokujin Yoshioka’s inspiration was most evident in the façade: over 253,000 mirrored, hexagonal reflectors illuminated by computer-animated LEDs depicted the reflection of the sun on a water surface. The two-storey stand with a circumference of 155 metres covered 2,000 square metres. Visitors entered the stand through two main entrances and explored the Watches and Jewellery sections. The 21-metre long and three-metre high interior walls sparkled with a total of 34,800 Swarovski crystals, reflecting the design of the exterior walls. 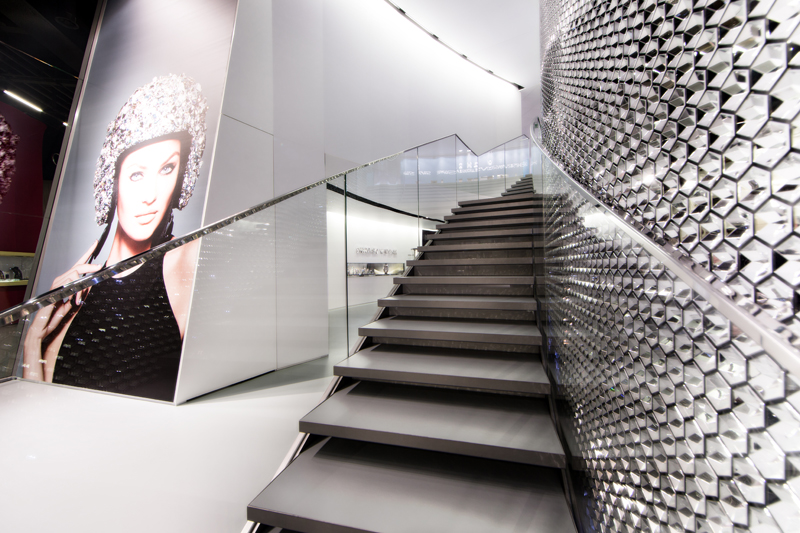 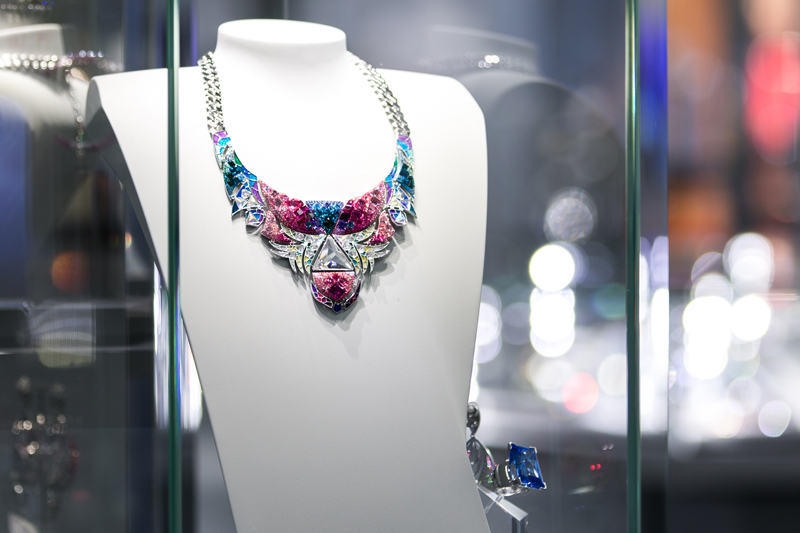 Xaver Award 2014:
Swarovski and Expomobilia also took home the golden Xaver Award 2014 in the category Best Expo Projects. The award highlights outstanding achievements in the expo and event industry for a wider public and honours extraordinary productions and their implementation in a 3D brand experience. 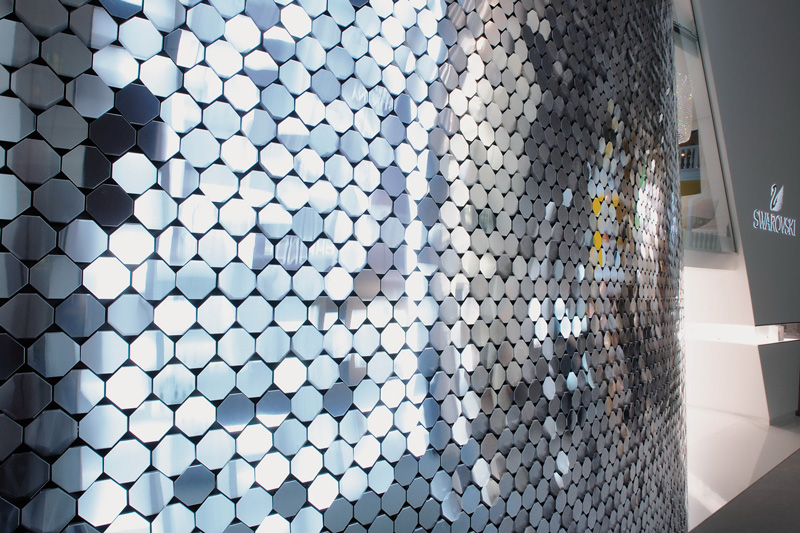