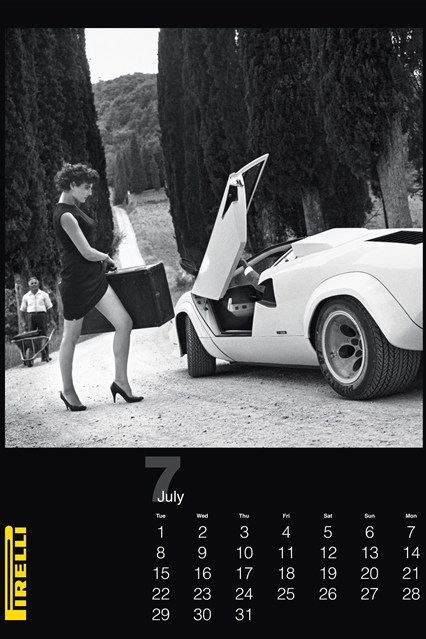 Pirelli celebrates its 50th anniversary next year. For 50 years “The Cal” has continued to mark the passing of time with images by the most highly acclaimed photographers of the moment – capturing and interpreting contemporary culture and often setting new trends. For the milestone, Pirelli will release in 2014 an unpublished 1986 calendar shot by Helmut Newton. The company release the unpublished images created by Helmut Newton, which to date has been kept under wraps in the company’s archives.

In June 2013 a special shoot was arranged in New York with star photographers Peter Lindbergh and Patrick Demarchelier (the former shot the calendars for 1996 and 2002, the latter those of 2005 and 2008) and a cast of models who encapsulate the look of the most recent Calendars: Alessandra Ambrosio, Helena Christensen, Isabeli Fontana, Miranda Kerr, Karolina Kurkova and Alek Wek.

“The Cal” was the brainchild of Pirelli UK Limited, the Group’s British subsidiary, which worked on the project with ample leeway. In 1964 the Brits, looking for a marketing strategy to help Pirelli stand out from domestic competition, appointed the art director Derek Forsyth and British photographer Robert Freeman, famous for his portraits of the Beatles, to produce what was an entirely innovative project for its day.

The history of the Pirelli Calendar can be divided into three different eras: