With 100 days remaining until the start of the 35th America’s Cup regattas, Defender Oracle TEAM USA has revealed the America’s Cup class yacht, with which it hopes to claim a third successive triumph this summer.

“This is the boat we’re racing to win the America’s Cup,” said skipper Jimmy Spithill, addressing a crowd of family, friends, team partners and dignitaries. The new America’s Cup class yacht is 15 metres long, equipped with a wing sail, and can “fly” at up to 100 km/h on its foils. The catamaran is also extraordinarily manoeuvrable, making it an excellent match racing platform.

Over 15 designers and 50 boat-builders have contributed to the design and build of “17”, which is capable of up to 100 km/h, with more than 85,000 man-hours accumulated to date. Technology Partner BMW was also involved in the development, applying its expertise in the fields of aerodynamics and lightweight construction. It also designed an innovative steering wheel using technology transferred from the world of motorsport.

In order to allow the yacht to ‘fly’ without respite, the helmsman must adjust the angle of the daggerboard foil and rudder foil on a second-by-second basis to suit the course, wind, speed and position of the opposition. To pull off all this at virtually the same time, he needs an intelligent and intuitive steering module, which works with absolute precision, similar to a steering wheel in a racing car. The same BMW engineers that design the steering wheels for BMW Motorsport racing cars have also developed a light and intuitive steering wheel for Oracle TEAM USA. 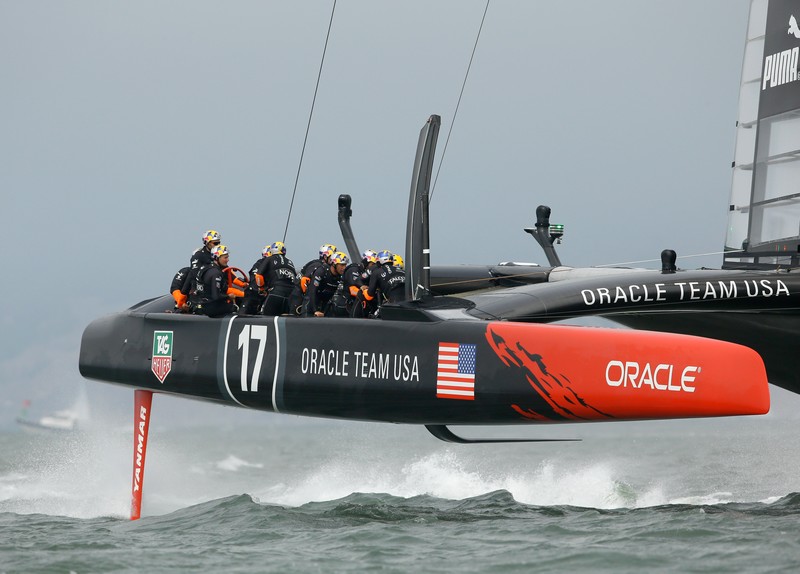 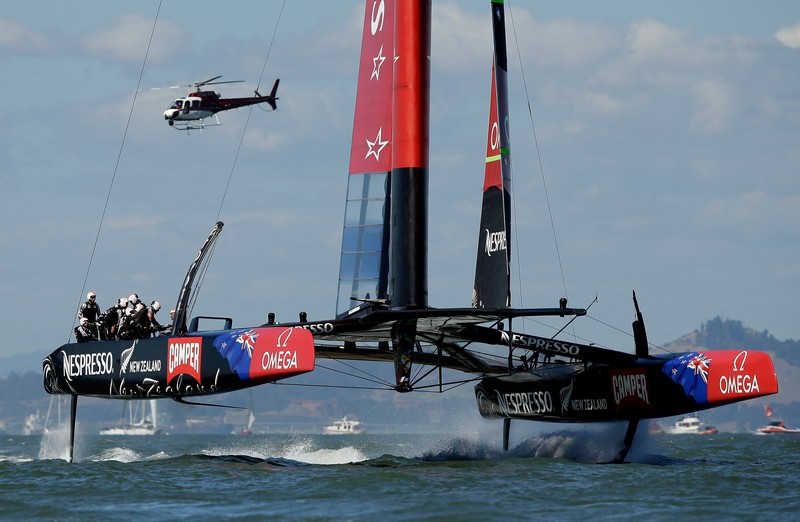 “This week, “17” will be launched and testing and development begins in earnest and won’t stop until the final race of the America’s Cup. “Many of the major design decisions have been made and have been built in already to what you see tonight,” said Scott Ferguson, the design coordinator for Oracle TEAM USA. “But the refinement and optimization process never stops. We know there is still speed to be found between now and 26th May when racing begins in the Louis Vuitton America’s Cup Qualifiers. That’s our focus for the coming weeks.”

“This is a major milestone in our campaign to win the America’s Cup for a third time,” said Grant Simmer, the chief operating officer of Oracle TEAM USA. “These boats are highly-engineered, with complex systems, and built to perform under extreme conditions. It’s a great achievement by our designers, builders and engineers to get us to this point where the race yacht gets handed over to the sailors.”

“I’m really proud of this team and what we’ve achieved so far,” said Spithill. “I’d like to thank the design team, the engineering team, the shore support, and our full boat-building team. They’ve made an incredible racing machine.” 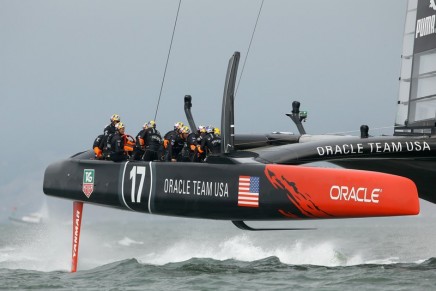 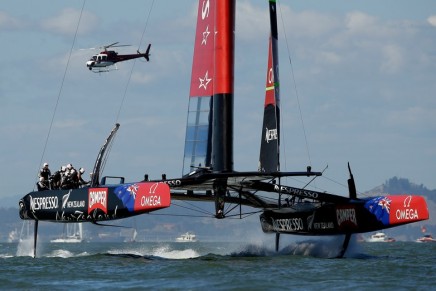