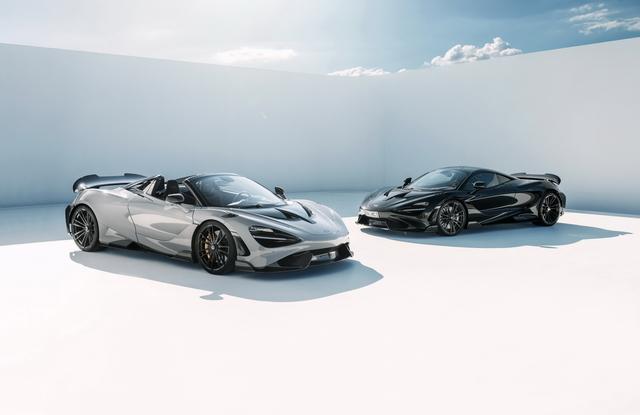 The McLaren 765 LT Spider is one of the most spectacular drop-top sports cars on the market, not only due to its extraordinary long-tail design, but also on account of its performance. And thus it also represented the perfect challenge for the engineers and designers of NOVITEC to expand even further on the pre-existing talents with an extensive customization range.

The German automotive refinement specialist developed various performance upgrades for the twin-turbo, eight-cylinder engine, which in top specification coax a maximum output of 629 kW / 855 hp and a peak torque of 898 Nm from the four-liter engine. This specification empowers the open-top fireball to accelerate from rest to 100 km/h in just 2.5 seconds. The top speed grows to over 330 km/h. 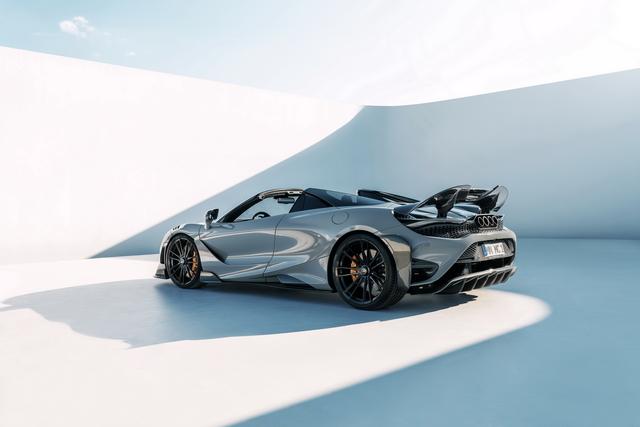 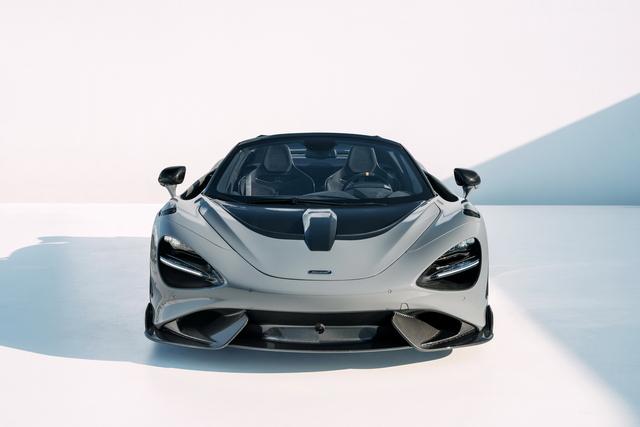 The NOVITEC product range also makes the appearance of the two-seater even more spectacular. To this end, the designers of the automotive tuner developed aerodynamic-enhancement components made from naked carbon, which further sharpen the racing looks.

The NOVITEC hi-tech forged wheels, developed in cooperation with American manufacturer Vossen, also make an important contribution to the extravagant appearance. In concert with sport springs, the staggered combination of 20- and 21-inch wheels on the front and rear axle puts even greater emphasis on the wedge shape of the vehicle.

Eight cylinders with a combined displacement of just under four liters and a hi-end forced induction system with two turbochargers make the McLaren 765 LT Spider an outstanding basis for powerful Novitec engine tuning, which is available in three levels. All performance kits make use of the Novitec N-TRONIC plug-and-play auxiliary control unit, which is adapted to the electronic engine management system of the vehicle and introduces specially developed maps for injection, ignition and boost pressure control. 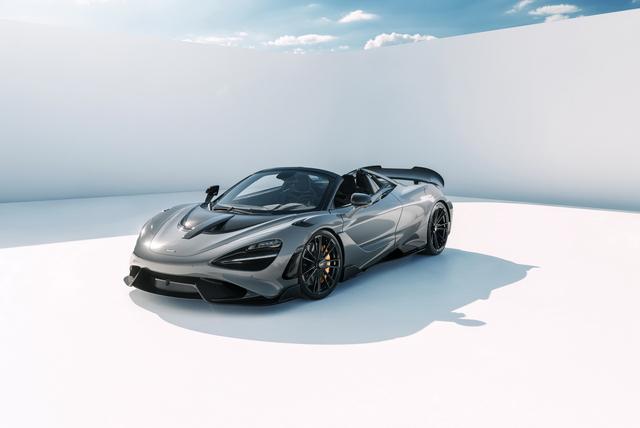 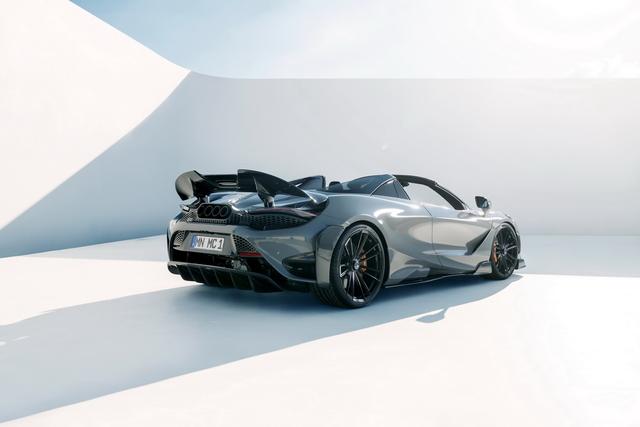 The top specification adds a fully thermally insulated Novitec RACE high-performance exhaust system and ceramics-coated turbo inlet pipes. As a result, peak output of the V8 increases by 66 kW / 90 hp, while peak torque grows by 98 Nm. This means that the engine then produces a stupendous output of 629 kW / 855 hp at 7,400 rpm and a peak torque of 898 Nm at 6,300 rpm, making the driving experience the powerful drop-top sports car delivers even more thrilling.

Of course, this treatment also has a positive effect on the driving performance.

Even without engine tuning, the installation of a NOVITEC high-performance exhaust system is advisable in any McLaren 765LT. It produces an even sportier exhaust note and thanks to its sophisticated exhaust routing also has a performance-enhancing effect. Furthermore, all variants are fully thermally insulated and consequently reduce the heat in the engine bay. This upshot can be further optimized with especially exclusive 999 finer gold plating. 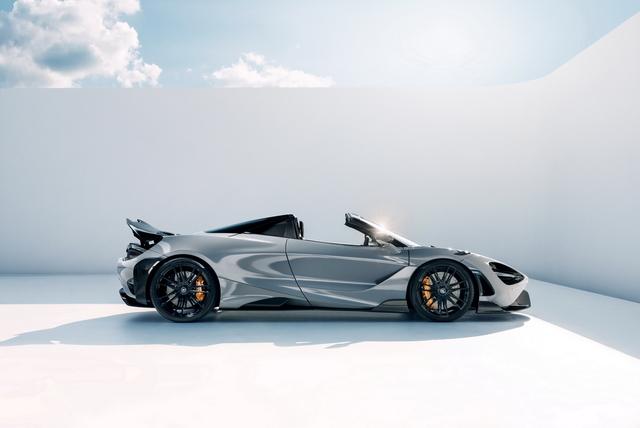 Ordering the variant made from INCONEL alloy, which is also used in Formula 1 racing and in the field of aerospace, saves weight over the stock titanium exhaust to boot. 100-cell sports metal catalysts are available for performance optimization. To ensure the Novitec sport exhaust also stands out from the crowd visually, Novitec offers an appearance package featuring four 90mm tailpipes, which are available in various versions with or without carbon embellishers, as well as with fine gold plating.

To tune the sporty looks of the McLaren Longtail even more to motor racing, the Novitec designers developed striking naked-carbon upgrades. In concert with the N-LARGO trunk lid, the inserts for the headlights give the sports car an even more distinctive face. The sides can be refined with naked-carbon scuff plates for the rocker panels and air intakes made from that same cutting-edge composite material.

The hi-tech rims, produced exclusively for NOVITEC by American wheel manufacturer Vossen, are just as elementary for the fascinating Novitec look. They are mounted on the 765LT with different diameters on the front and rear axle, which puts visual emphasis on the wedge shape of the mid-engined sports car. 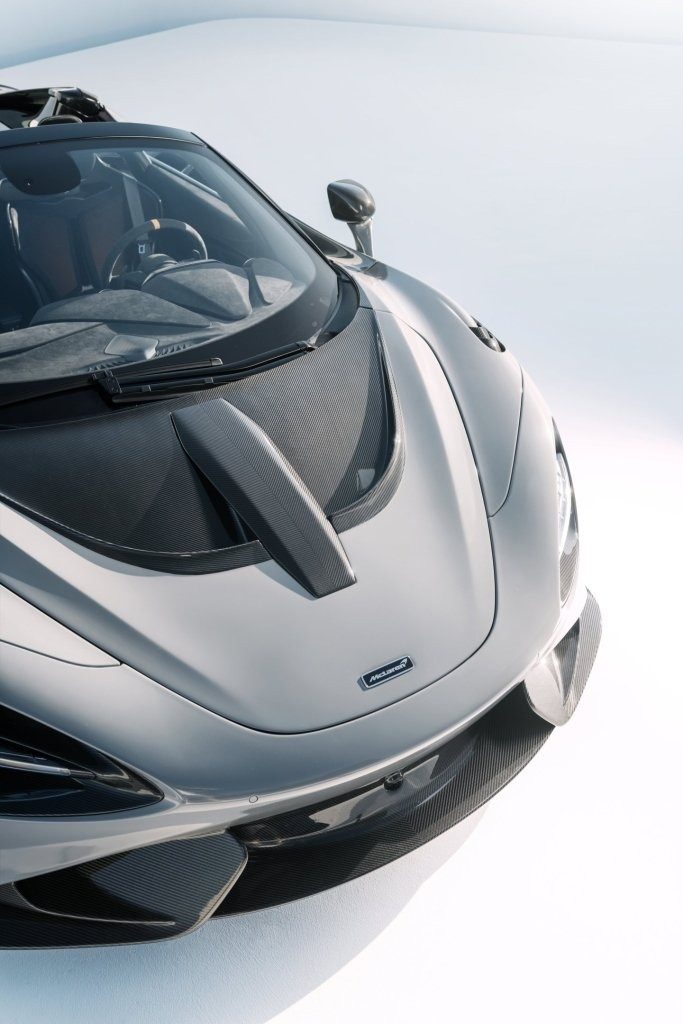 The size 9Jx20 front wheels with high-performance tires of size 255/30 ZR 20 make full use of the available space in the fenders, as do the size 12Jx21 alloys on the rear axle, which are fitted with tires of size 325/25 ZR 21. This combination achieves outstanding traction and excellent cornering and deceleration forces.

The NOVITEC sport springs, which lower the ride height of the Spider by about 20 millimeters, deliver further enhanced driving dynamics.

NOVITEC also offers refinement at the highest level of individuality and quality for the interior of all McLaren models. The company uses the finest leather and Alcantara in a virtually endless variety of colors to create a broad range of design variants. 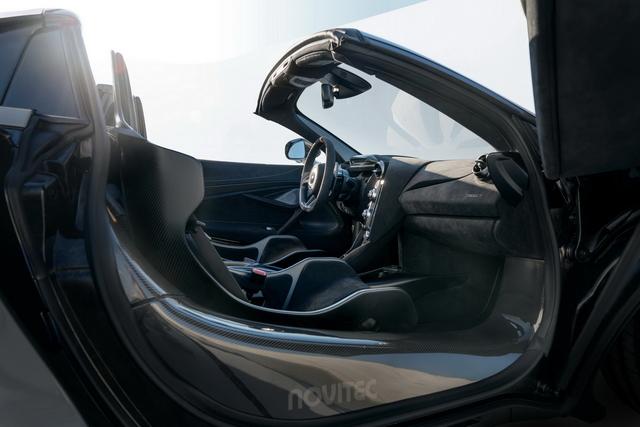 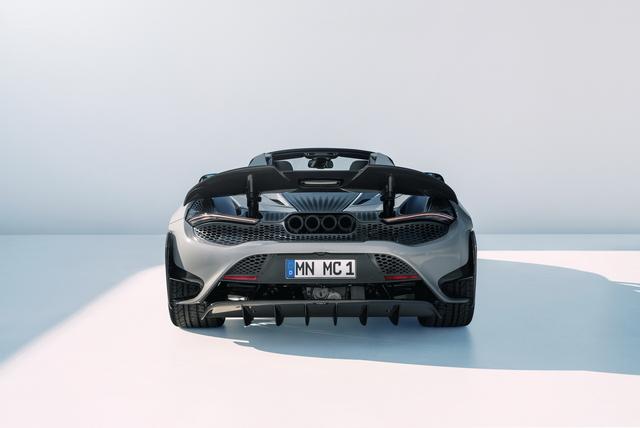 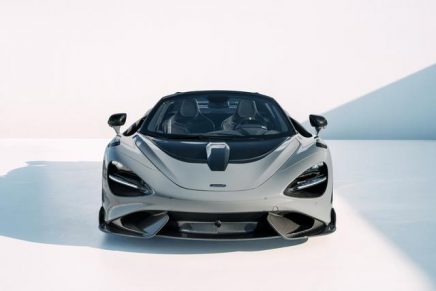 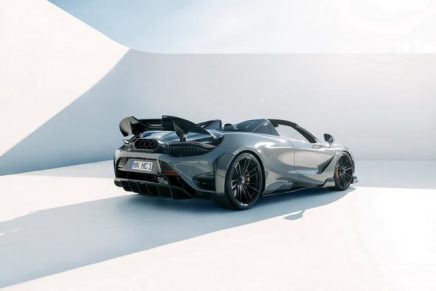 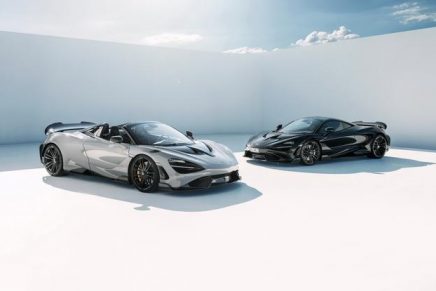 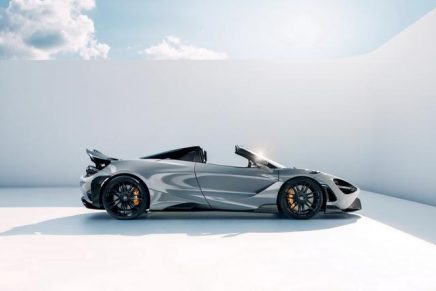 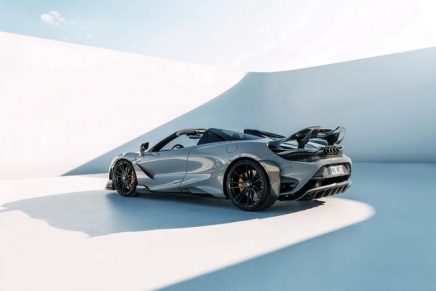 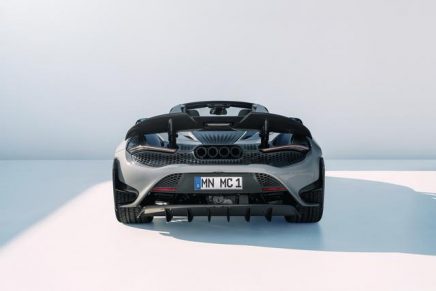 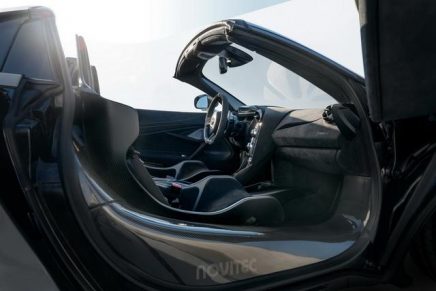 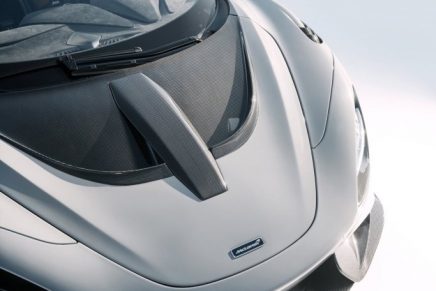