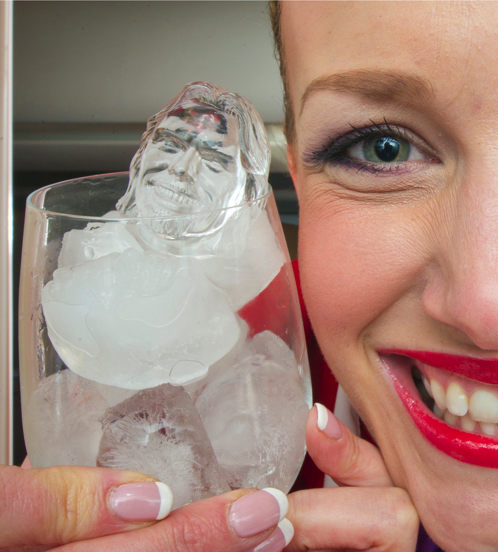 When combined, imagination and technique produce the most entertaining products. How about cooling in-flight drinks with bespoke ice cubes cubes modeled after a head of a VIP.

The bespoke ice cubes, which will be served on board one of the first flights of the Virgin Atlantic’s new Upper Class Cabin have been crafted in the image of company’s president Sir Richard Branson.

The ice cubes have been created using the exact measurements of Sir Richard’s head and feature an impressive level of detail. To create the perfect likeness of Sir Richard a team of four designers worked during 6 weeks using detailed photographic techniques and laser scanning technology.

The bespoke ice cubes, which will be served on board one of the first flights of the airline’s new Upper Class Cabin this May, have been crafted in the image of Virgin Atlantic’s president Sir Richard Branson. The bar will also incorporate a raft of additional innovations including the new champagne coupe glass, enhanced mood lighting and a new seating system.