Ridiculously high-performance Egoista unveiled: Even in getting out of the vehicle, the Lamborghini Egoista requires a pilot more than a driver, a real top gun. 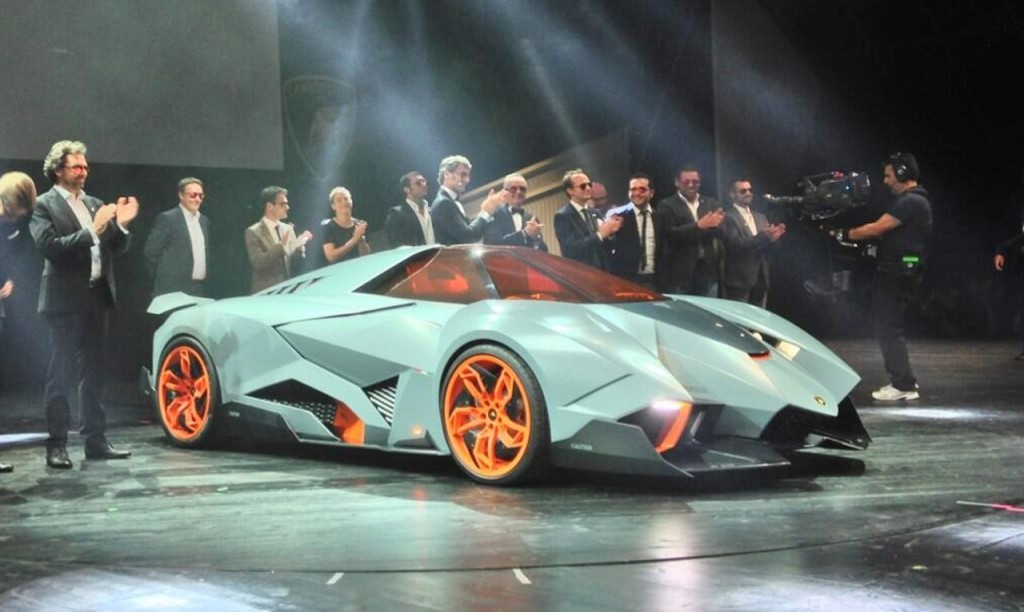 Lamborghini’s 50th anniversary culminated with the unveiling of Lamborghini Egoista Concept, a surprise present for Lamborghini’s officials. The “selfish” Egoista wild one-seater is a single seat hyper car with stying inspired by the Apache attack helicopter and Lamborghini Veneno. Already critically acclaimed megalomaniac car is powered by a 5.2- liter V10 engine supplying it with 600 horsepower.

“This is a car made for one person only, to allow them to have fun and express their personality to the maximum. It is designed purely for hyper-sophisticated people who want only the most extreme and special things in the world. It represents hedonism taken to the extreme, it is a car without compromises, in a word: egoista (selfish),” explained Walter De Silva, the Head of Design for the Volkswagen Group.

The supercar‘s debut was equally spectacular, with a cinematic entry announced by a trailer projected onto the nine big screens in the room. The stage was transformed into a landing strip, with a top model in a flight suit guiding the Egoista’s arrival with ground crew light paddles, and the roar of the V10 engine shaking the 20-meter-tall tensioned event structure: this is the spectacle the VIP guests were treated to when Lamborghini President and CEO Stephan Winkelmann entered at the wheel of the Egoista, before inviting its creator, Walter De Silva, to join him on stage. 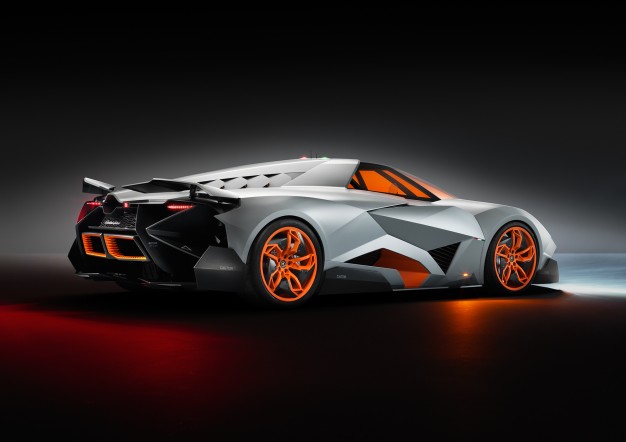 The Egoista’s cockpit, designed like a tailor-made suit for the driver, is a removable section which, once combined with the rest of the vehicle, creates a technical, mechanical and aerodynamic unit.

“The cockpit, made completely of carbon fiber and aluminum, represents a sort of survival cell, allowing the driver to isolate and protect themselves from external elements,” De Silva explained.”We kept an eye on the future when designing  the Egoista, with the idea that its cockpit could have been taken from a jet aircraft and integrated into a road vehicle, to provide a different travel option.”

In the cockpit there is a racing seat with a four-point seatbelt, each strip a different color, the airbags, and the bare minimum of instruments. The focal point of these is a head-up display, typical of jet fighters. To get out of the vehicle, the driver must remove the steering wheel and rest it on the dashboard, open the dome with an electronic command, stand up in their seat, sit down on a precise point of the left-hand bodywork, then swivel their legs 180 degrees from the inside of the cockpit to the outside of the vehicle. At this point they can set their feet down and stand up.

The Egoista contains, in Walter De Silva’s opinion, all the product criteria which are part of Lamborghini’s make-up. “It’s as if Ferruccio Lamborghini were saying: I’m going to put the engine in the back, I don’t want a passenger. I want it for myself, and I want it as I imagine it to be. It is a fanatical vehicle, Egoista fits it well.”

“If Lamborghinis are cars for the few, this one goes further. It is a car for itself, a gift from Lamborghini to Lamborghini, resplendent in its solitude. The Egoista is pure emotion, Never Never Land, which no one can ever possess, and which will always remain a dream, for everyone,” Lamborghini described its newest concept for selfish supercar owners. 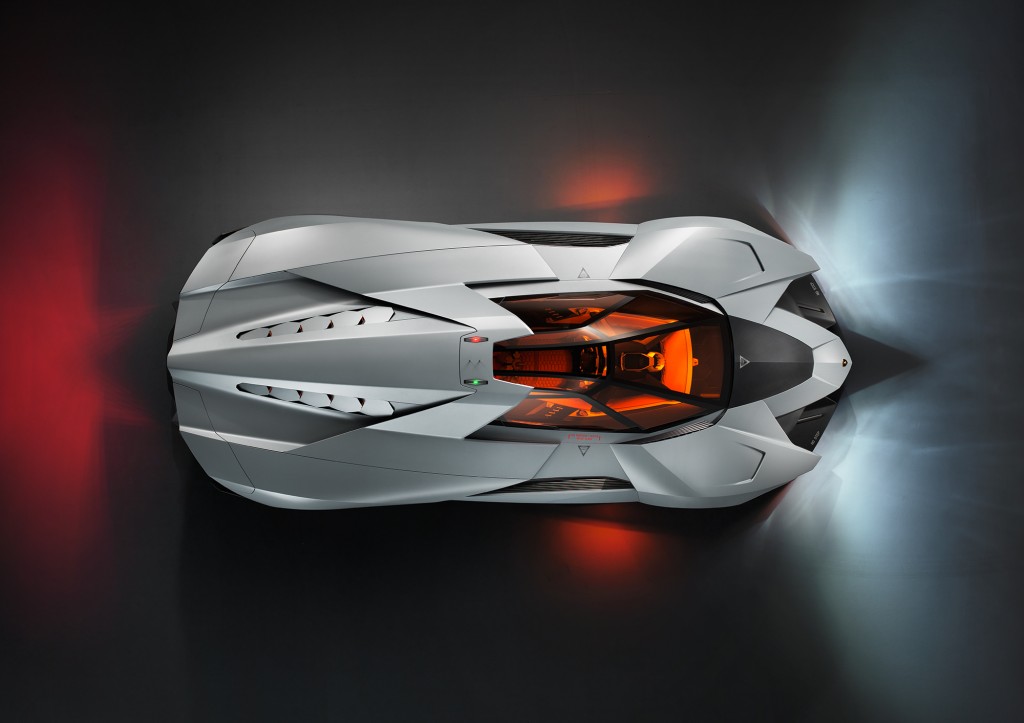