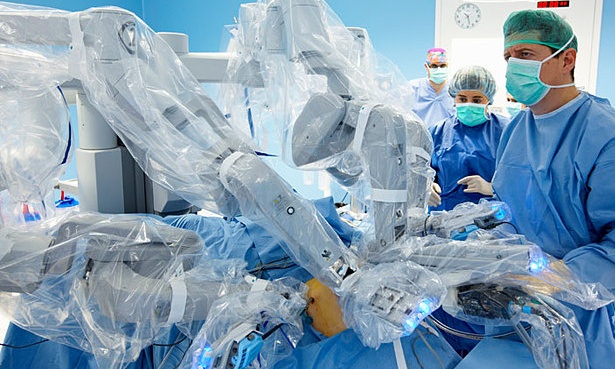 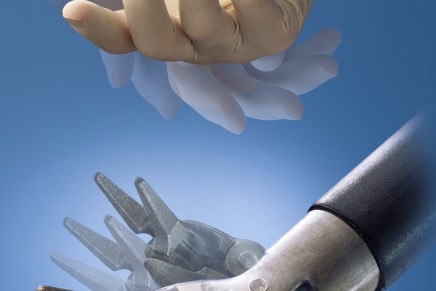 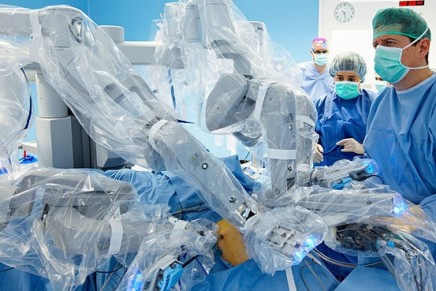 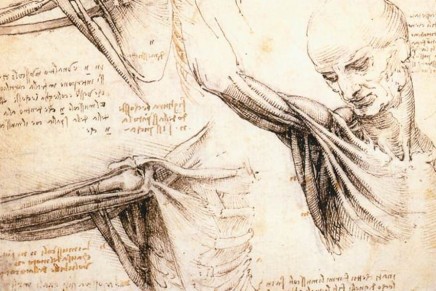 This article titled “Google teams up with health firm to develop AI surgical robots” was written by Samuel Gibbs, for theguardian.com on Friday 27th March 2015 19.00 UTC

Google has struck a deal with the healthcare company Johnson & Johnson to develop surgical robots that use artificial intelligence.

The robots will aid surgeons in minimally invasive operations, giving operators greater control and accuracy than is possible by hand, minimising trauma and damage to the patient. Some systems allow surgeons to remotely control devices inside the patient’s body to minimise entry wounds and reduce blood loss and scarring.

Robotic surgical systems such as the Da Vinci device developed by Imperial College London have been used in general operations since the early 2000s, and even starred in a Bond film in 2002.

Google believes it can enhance the robotic tools using artificial intelligence technologies including machine vision and image analysis employed in other parts of the business, including Google’s self-driving cars.

The two firms will explore how advanced imaging and sensors could complement surgeons’ abilities, for example by highlighting blood vessels, nerve cells, tumour margins or other important structures that could be hard to discern in tissue by eye or on a screen.

Augmented reality systems will be used to overlay important information required during surgery that is typically displayed on multiple monitors stacked around the surgeon, such as pre-operative images, lab test results and details of previous surgeries.

“We look forward to exploring how smart software could help give surgeons the information they need at just the right time during an operation,” said Andy Conrad, head of the life sciences team at Google.

Related: Google is developing a cancer and heart attack-detecting pill

Google will be providing software and expertise for data analysis and vision but will not be developing the control mechanisms for the robots.

The partnership will help Johnson & Johnson, the world’s largest healthcare product manufacturer, to compete in the growing field of robotic medical devices.

Google’s life sciences team is also developing systems that can detect cancer and heart attacks using nano particles, and has worked on smart contact lenses that contain sensors capable of monitoring the signs of diabetes – technology that was licensed by the Swiss drug firm Novartis in July 2014 to develop into a practical medical application.

• Robear: the bear-shaped nursing robot who’ll look after you when you get old