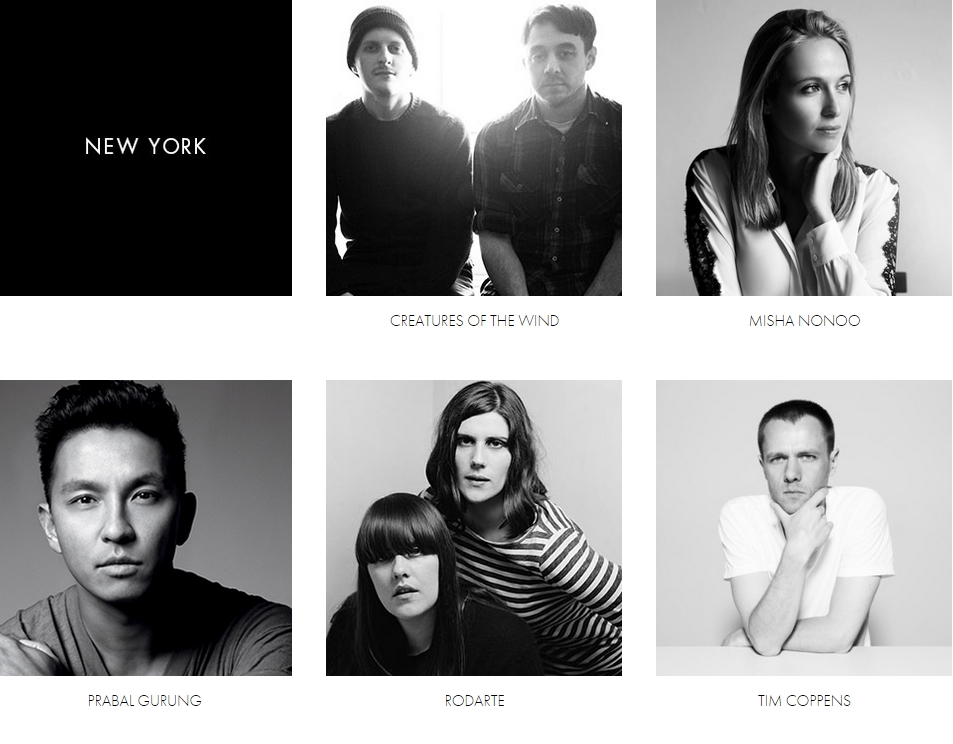 Founded in 1999, following Nadja Swarovski‘s collaboration with a young Alexander McQueen and Isabella Blow, the Collective has since supported over 150 emerging and established designers in exploring the creative boundaries of crystal use and craftsmanship. Alongside the current crop of London, US, and Paris-based designers, international talents including Alexander Wang, Hussein Chalayan, Christopher Kane, and Erdem have all previously benefitted from Swarovski’s support. 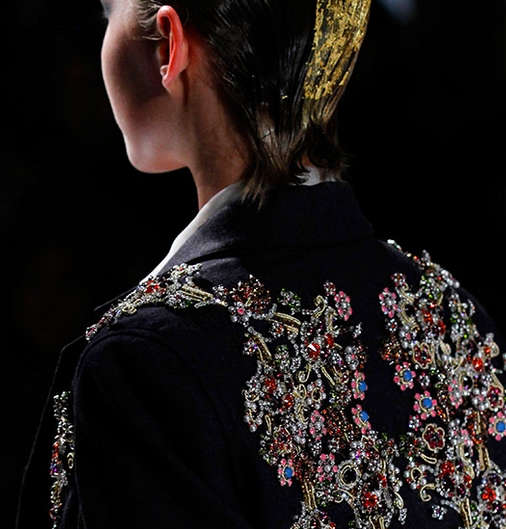 This year the Austrian crystal house is marking the Collective’s 15th anniversary with an enhanced program that has seen the creative talents supported for a full year -Spring/Summer 2015 and Fall/Winter 2015 – and next month it will award the Swarovski Collective Prize at a special celebratory event in London held in partnership with Dazed. 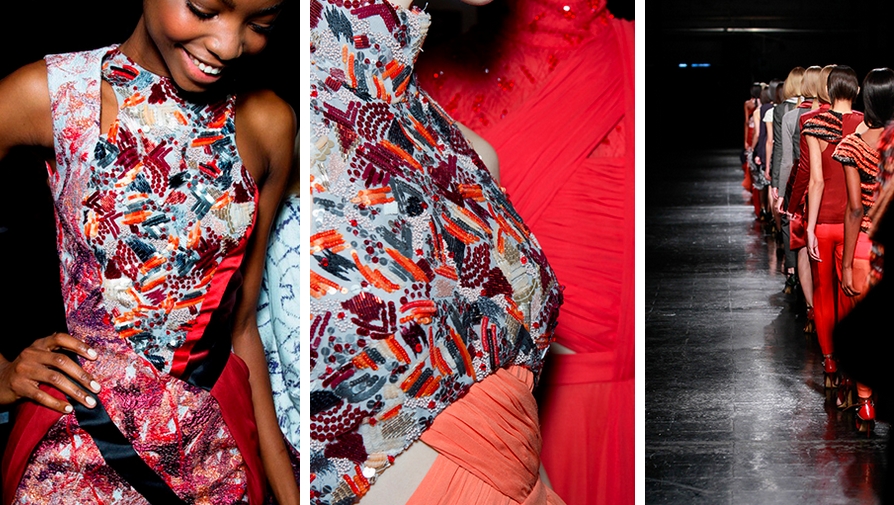 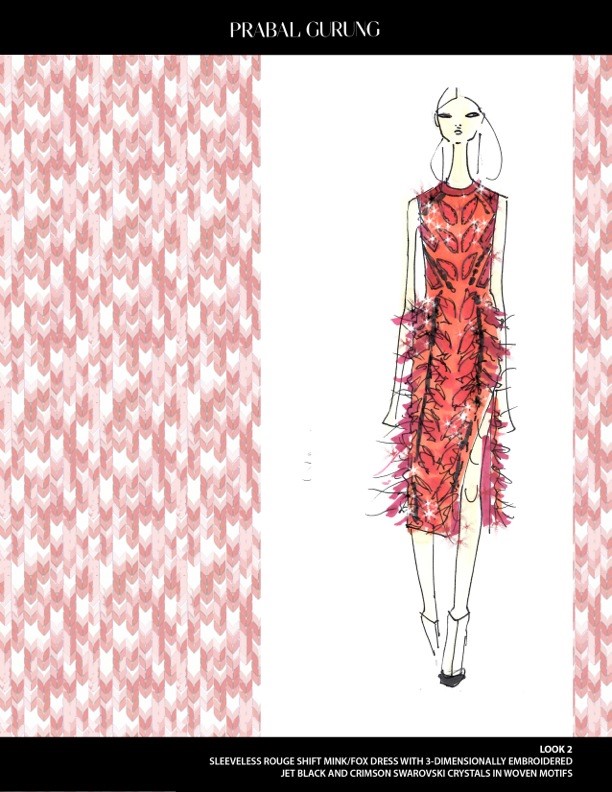 “Swarovski epitomizes both luxury and timeless design – incorporating their crystalsreally allows us to speak to these ideals. Secondly we use the crystal in unexpected ways that play a role in our movement to compound traditional tailoring with contemporary elements, something that always elevates the collection overall.” 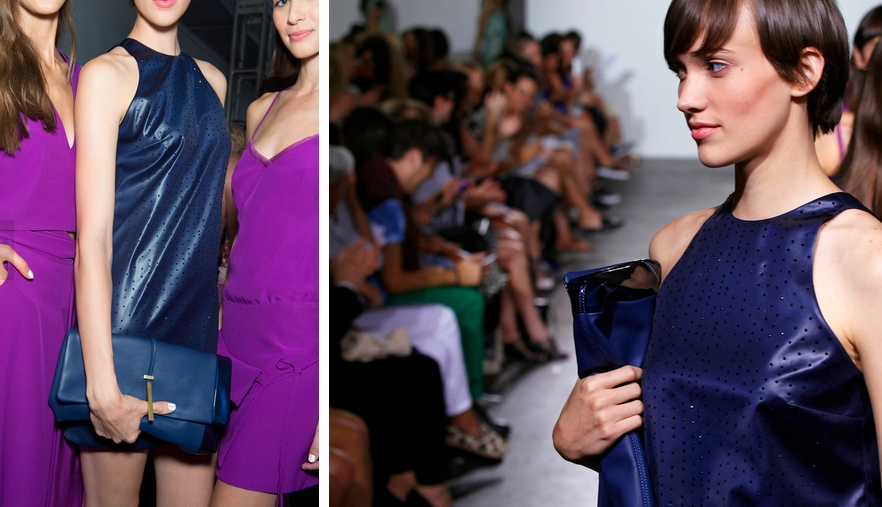 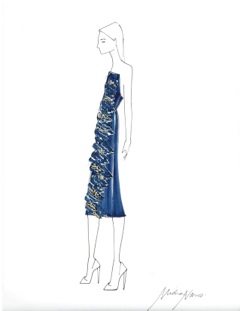 “This season’s inspiration is the complexity of the woman as seen in Tracey Emin’s ‘The Last Great Adventure is You’. I am obsessed with light forms and I applied the Swarovski crystals to ensure a beautiful runway moment. There is a clever sexiness of sheer versus shine thanks to Swarovski.” 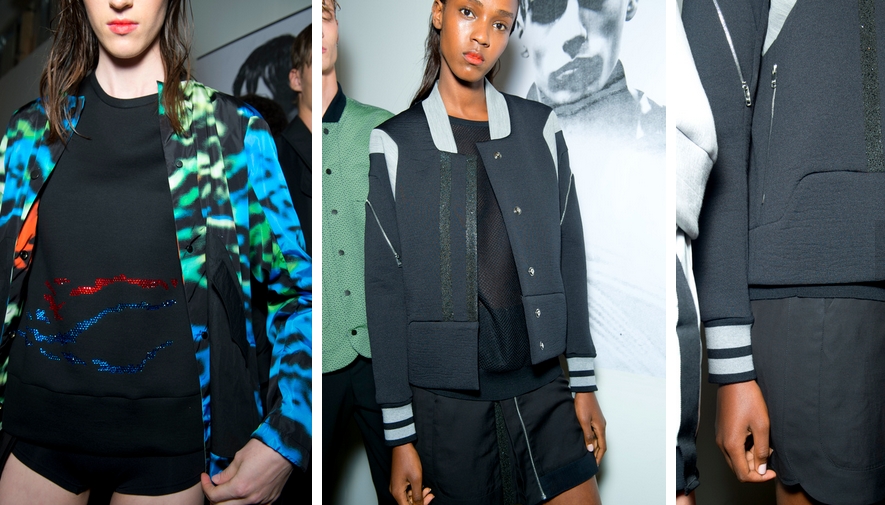 “I like working with Swarovski crystals when they are integrated in the cut of the garment, almost engineered. By incorporating the crystals we’ve been able to add a depth and richness in texture to the fabrics.” 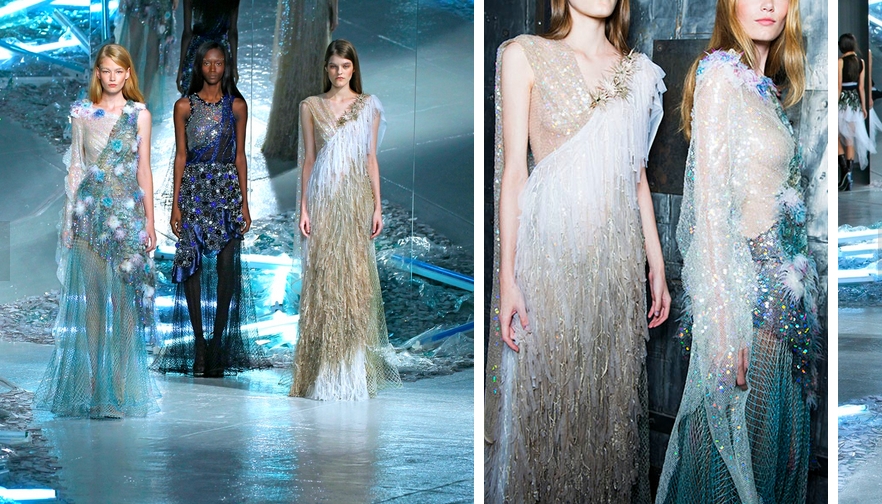 “Swarovski’s beautiful and innovative crystals are essential in creating texture and dimension in our most special pieces. Each crystal reflects light and highlights our silhouettes, creating a poignant visual impact.” 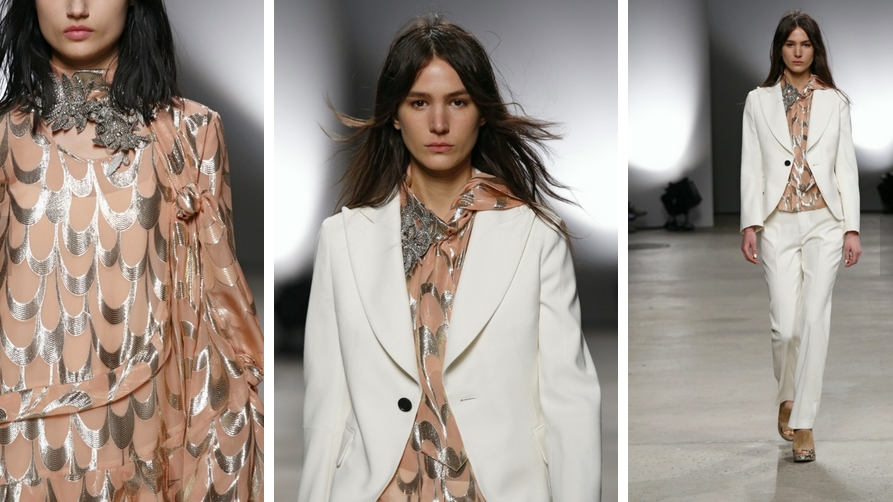 Creatures of the Wind:

“The Creatures of the Wind Fall 2015 ‘Americana’ collection is an exploration of definitive moments in American psychedelic culture. The collection is always a play on texture, pattern, and material. Working with Swarovski gives us an opportunity to add another dimension to this. Texturally, the crystal, when used densely, creates such beautiful surfaces.” 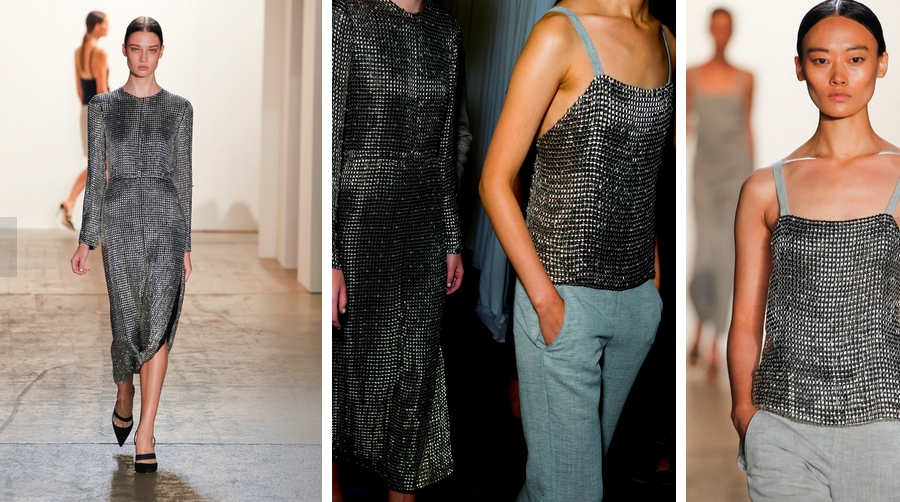 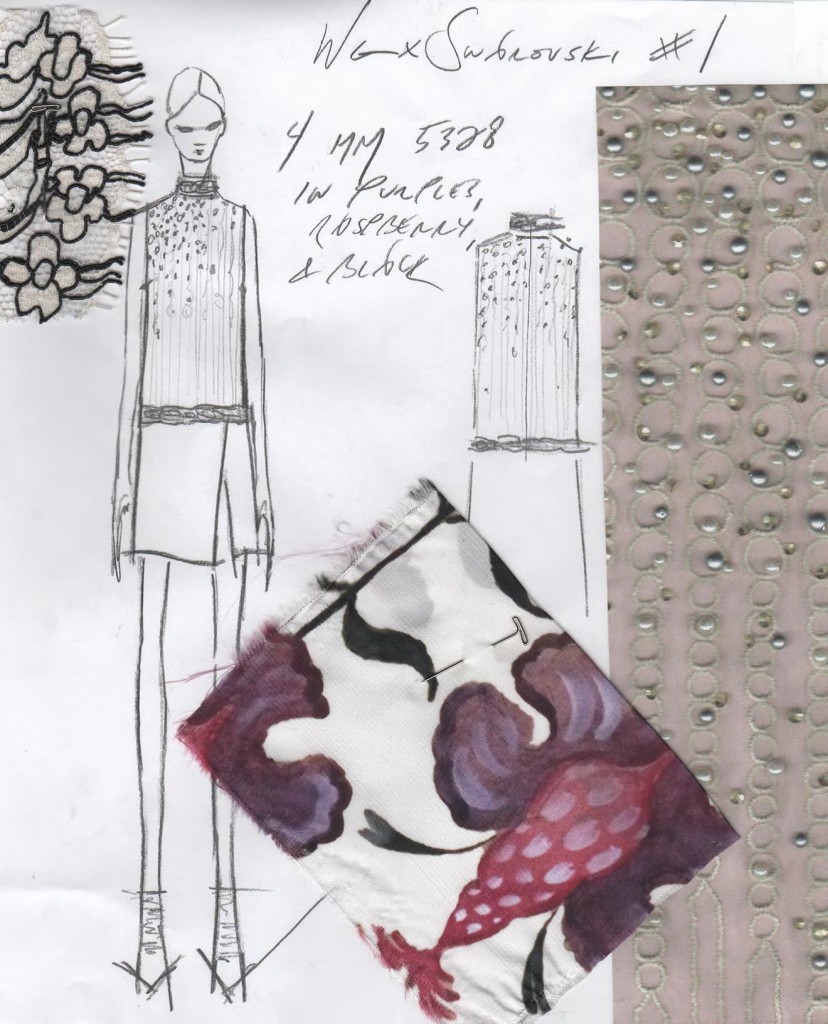 “This season’s inspiration was a confident femininity inspired by the colors and textures of artist Grillo Demo. You have to make sure that the ‘marriage’ between fabric and crystal is a good match. Generally, lighter fabrics work best with smaller crystals- but sometimes breaking the rules can create beautiful results.” 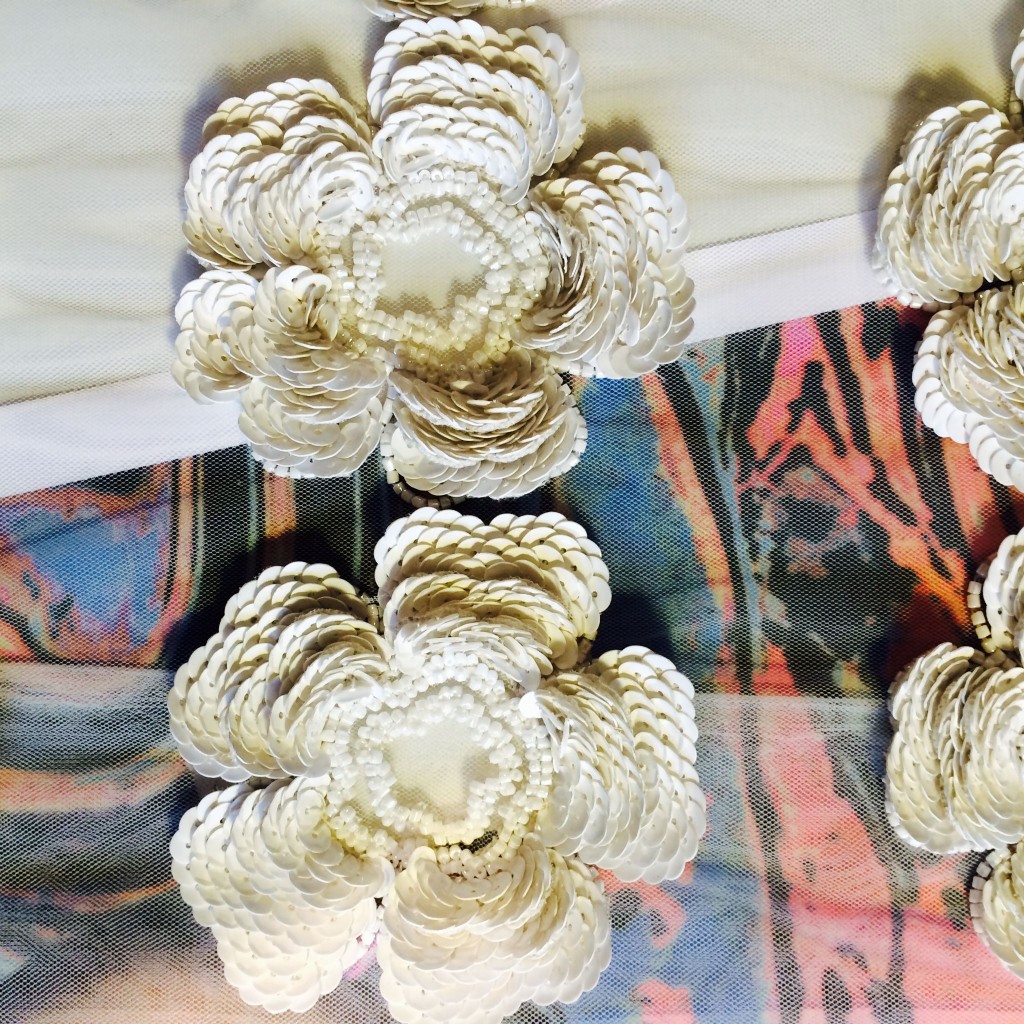