Fairmont Hotels & Resorts plans to open a number of new and celebrated properties in 2012. Headlining Fairmont’s robust schedule of 2012 openings, which will see the brand debut in several new global markets, are Fairmont Jaipur in India, Fairmont Grand Hotel Kyiv in Ukraine, and Fairmont Baku in Azerbaijan.

In total, the luxury brand has five hotel projects, representing more than 1,300 guestrooms, slated to open next year.

Fairmont Jaipur (Opening March 2012)  located in the heart of the “Pink City”, a name honoring the distinctive rose-colored architecture of Rajasthan’s capital, the hotel marks Fairmont’s first foray into India. Offering 199 spacious and luxurious guestrooms, nine 1- and 2-bedroom villas as well as a Presidential Suite, the hotel’s atmosphere will reflect the unique character of the region, while also capturing the air of a modern day palace. Guestrooms will include over-sized bathrooms with soaker tubs, state-of-the-art Bose sound systems and 40″ flat panel televisions. 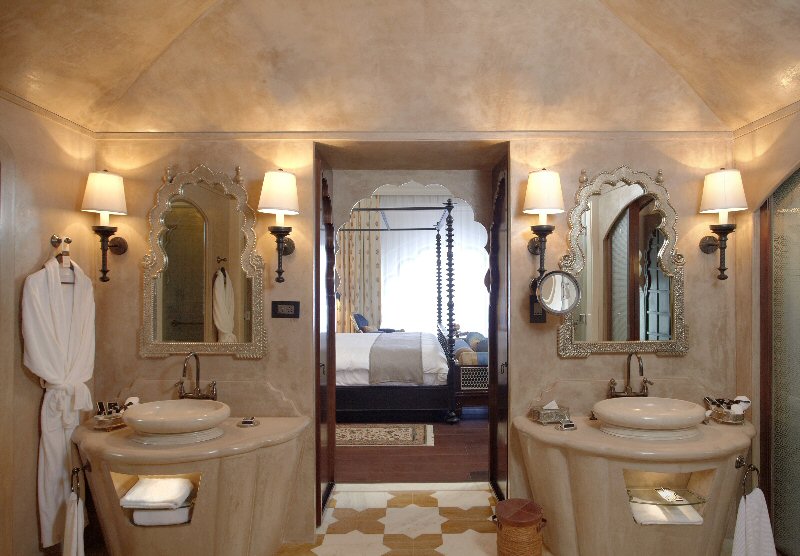 Fairmont Grand Hotel Kyiv(Opening March 2012) while the Ukraine has European football fans buzzing about next summer’s UEFA Euro 2012 tournament, the city of Kyiv is also eagerly anticipating the arrival of its first true luxury hotel, Fairmont Grand Hotel Kyiv. Expected to open in early 2012, well in advance of football enthusiasts flocking to the city, the hotel will feature 257 rooms, including 35 suites, Fairmont Gold and a Royal and Presidential Suite, and will be centrally located on the Dnipro River in the heart of Kyiv’s historic Podil district. Other features of the hotel include a range of dining options, including a stylish Champagne bar and chic cigar lounge, 13,000 square feet of meeting and function space, counting a 5,000 square foot ballroom, and a Fairmont Spa with six treatment rooms and a full beauty salon.

Fairmont Baku Azerbaijan – Upon opening,  Fairmont Baku will be one of the tallestand most impressive buildings in the capital city of Azerbaijan. The hotel will be part of the awe-inspiring Flame Towers, a three-turreted, multi-use building paying tribute to the country’s name, which means’The Land of the Fire’ when translated in modern Persian. The hotel will boast 318 guestrooms and suites in addition to a prime location on the Absheron Peninsula next to the Azerbaijan parliament buildings and overlooking the Caspian Sea.

Fairmont Baku  hotel will also feature Fairmont Gold and over 25,000 square feet of meeting space including a 24-hour business centre complete with IT butler service and secretarial support. Dining options will be plentiful with several restaurants, bars and lounges including an authentic French patisserie and a specialty steak-house. Popular with business travelers and executives in oil and gas production, Azerbaijan‘s blossoming tourism industry is also quickly becoming a top draw for leisure travelers visiting the region.

Azerbaijan was the 2011 winner of the popular Eurovision Song Contest and will host the 2012 event in May, offers numerous sightseeing attractions including Baku’s old Inner City, a designated UNESCO World Heritage Site, and was recently singled out by Lonely Planet as a top ten global hotspot for urban nightlife.

Additional Fairmont hotels expected to open later in 2012 include the 300-room Fairmont Makati, Philippines, which will be conveniently located near the Philippine Stock Exchange, and the 372-room Fairmont Palm Jumeirah on Dubai’s The Palm, Jumeirah.