The campaign, shot in London by world-renowned photographer Norman Jean Roy and created by the Brooklyn- based Dead As We Know It ad agency, features atmospheric images of Clive Owen at various locations throughout London, reflecting the brand’s British origins.

Best known from his performances in award-winning films such as Children of Men, Sin City and The International, as well as considerable stage and television work, Owen gained notoriety in the U.S. when he co-starred with Julia Roberts in Closer. He also played opposite Cate Blanchett in Elizabeth: The Golden Age and held the lead role in the Spanish thriller Intruders. He also starred as Ernest Hemingway opposite Nicole Kidman as Martha Gellhorn in HBO’s Hemingway & Gellhorn, a film that earned multiple nominations and accolades.

Three Olives Vodka is quadruple distilled from English Winter Wheat to deliver an exceptionally smooth, superior tasting vodka perfect for the ultimate martini or cocktail. It is trending to break the 1.5 million case mark in 2013. 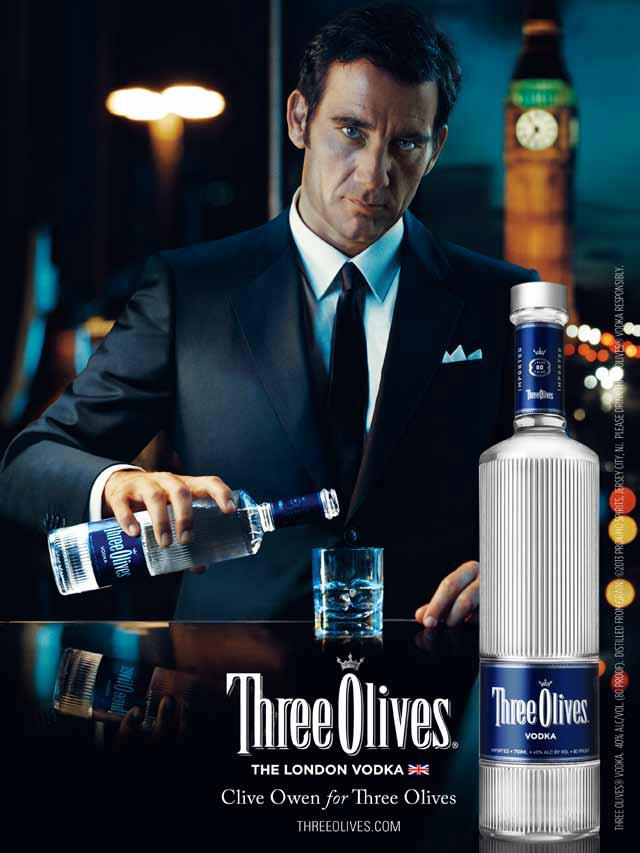