On 29 october, 2011, for the fith year in succession, Grey Goose partnered with THE ELTON JOHN AIDS FOUNDATION for an evening of exceptional taste. 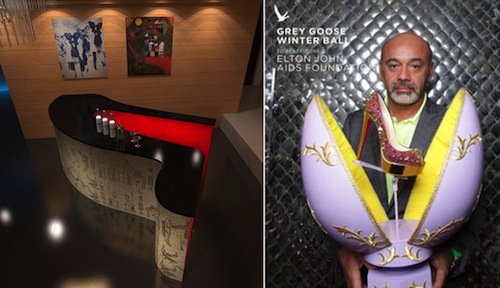 This year’s auctions lots included the iconic ‘Crazy Luxor‘ cocktail bar designed by Christian Louboutin in the style of his classic scarlet-soled stiletto; a bespoke painting of the winning bidder’s iris by artist Marc Quinn, and the chance to join Jonathan Saunders at his London Fashion Week show in an outfit chosen and fitted by the designer himself.

The night raised more than £500,000 to support the ongoing work of the Elton John AIDS Foundation. The funds generated will benefit projects in the UK and abroad, such as the Cambodia Habitat for Humanity scheme, which builds secure housing for families affected by HIV/AIDS
[adsenseyu1]