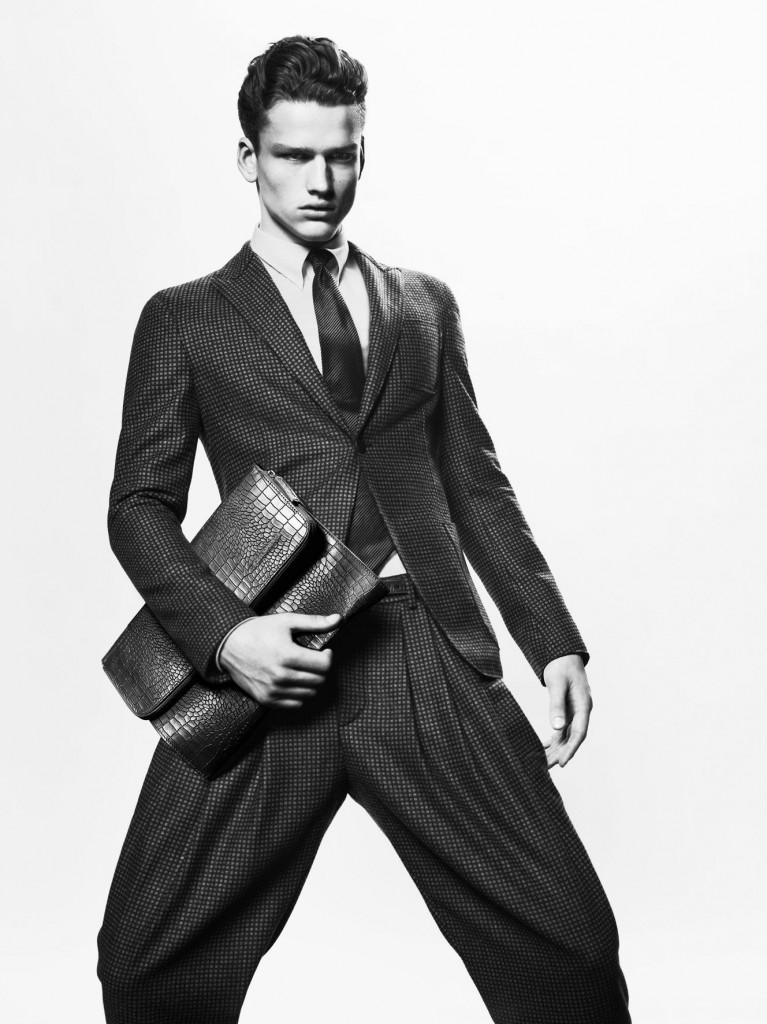 Giorgio Armani Fall Winter ad campaign is a lesson of true ageless elegance. Photographed by Mert Alas & Marcus Piggot in intense, paint-like black and white, the campaign centres on the models Aymeline Valade and Simon Nessman, the second most successful male model in the world behind Sean O’Pry and the the current face of Giorgio Armani.

The French model was tagged by designer Alexander Wang for his first runway show in 2011. She’s also walked for Gucci, Chanel, Balenciaga, and Louis Vuitton shows.

Nessman is currently the second most successful male model in the world behind Sean O’Pry on models.com list of the Top 50 international male models, as of September 2011.