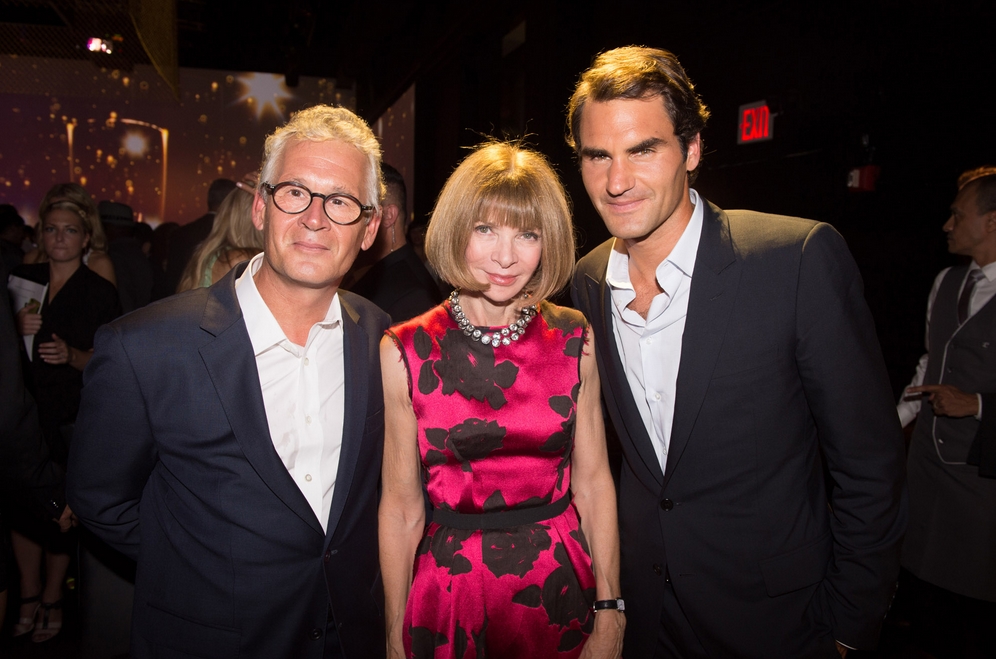 The “Tribute to Success & Glamour since 1743” unveiled the House’s modern new advertising campaign with Roger Federer, as shot by Patrick Demarchelier. Federer was announced as the House’s brand ambassador in November 2012, and is the contemporary face of Moët & Chandon.

“Over the course of 270 years, the very words ‘Moët & Chandon’ have become synonymous with the most venerable of traditions, the most modern of pleasures, and the most generous range of champagnes for all occasions. Tonight we raise a glass to those who have contributed to this formidable heritage throughout the centuries,” Stéphane Baschiera, President and CEO of Moët & Chandon said at the celebration in New York City.

The anniversary celebration featured an exclusive music showcase by Emeli Sandé, as well as music by DJ guest Bob Sinclar. The stunning “Centuries of Success & Glamour Cake by Moët & Chandon” was a towering marvel featuring a replica of the Statue of Liberty. Flanked by cake layers with miniature bottles of Moët Impérial champagne, the cake created a mesmerizing pyramid effect reminiscent of the House’s own grand gesture of a champagne pyramid. 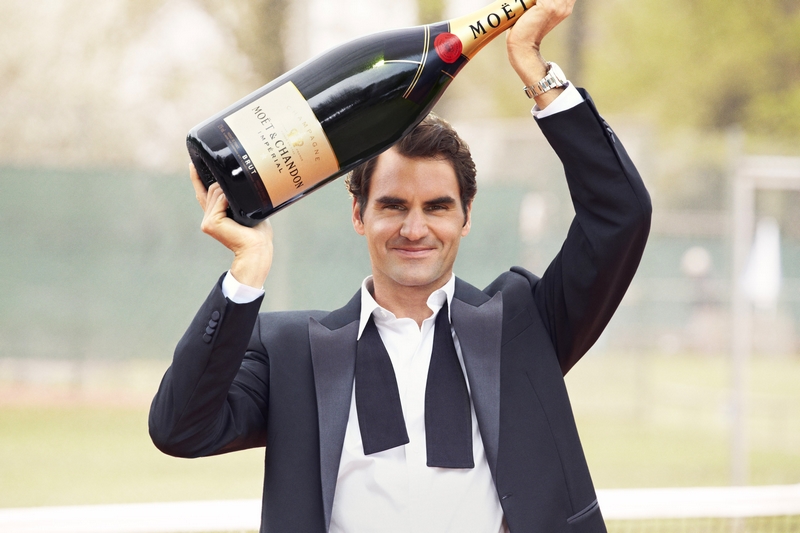