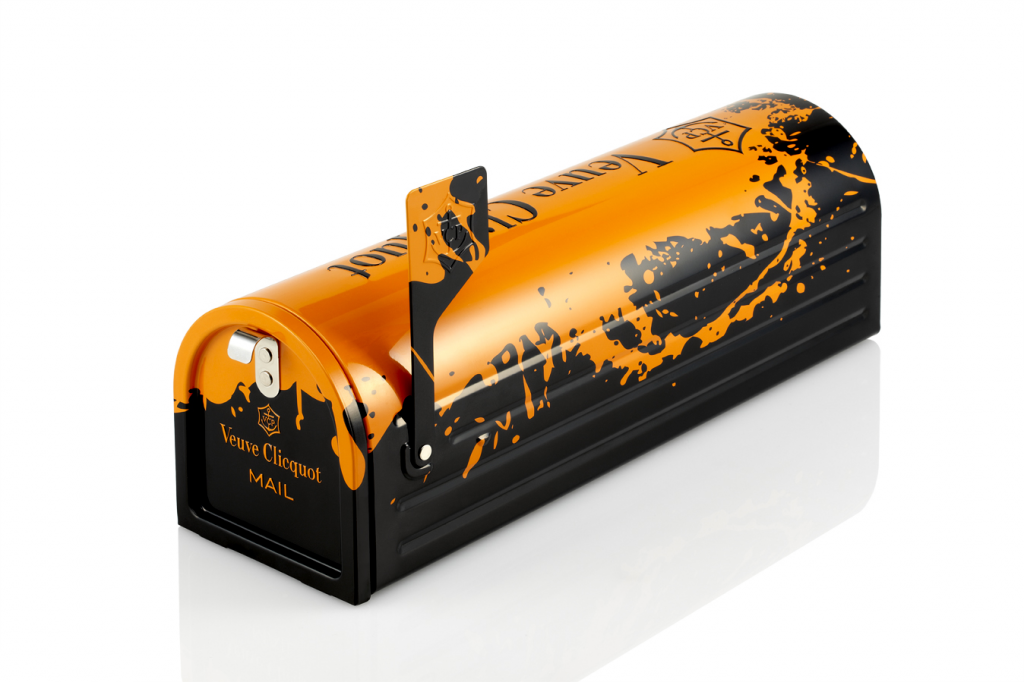 Clicquot Mail is a chic gift offering for Veuve Clicquot Yellow Label that is fashioned in the shape of a modern day mailbox to celebrate Veuve Clicquot’s rich heritage of correspondence. This fall, Veuve Clicquot invites designers and novices alike to submit their own Clicquot Mailbox designs in an international online competition launched on October 1, 2014. The winning design will be reproduced and sold worldwide in 2015.

To kick off the competition, acclaimed jewelry designers Lulu Frost and Pamela Love have created their very own Clicquot Mailboxes. Lulu Frost and Pamela Love’s designs will be auctioned, along with a bottle of Veuve Clicquot, on CharityBuzz.com, www.charitybuzz.com/VeuveClicquot, beginning on October 1, 2014 with a suggested retail price of $1,000 for each mailbox. The proceeds from the sale will benefit Parsons The New School for Design.

“I’ve been a long-time fan of Veuve Clicquot, so to partner with such an iconic brand for this creative competition is a joy and really represents a celebration of fashion,” says Lisa Salzer, designer and founder of Lulu Frost jewelry. “Adding my signature vintage Plaza letters — to spell out ‘LULU LOVES VC,’ of course! -to something as unique as the Clicquot Mailbox shows how jewelry can truly push past the boundaries of the expected, and I hope that this inspires designers around the world to tap into their creativity and participate in this exciting challenge.”

The deadline for submissions is November 15, 2014.

The first round of winners will be determined by a public vote online between November 15 and December 15, 2014. In tandem, a second winner from each of the 9 host countries, which includes Australia, Belgium, Brazil, Canada, Germany, Japan, Spain, United Kingdom and the United States, will be chosen via a national jury, composed of high-profile personalities from each country. In the U.S., the judging panel includes Vice President of Veuve Clicquot U.S., Vanessa Kay, designer and founder of Lulu Frost, Lisa Salzer, Founder of P.S.- I made this…, Erica Domesek and Simon Collins, Dean of Fashion at Parsons The New School for Design, announced Veuve Clicquot Champagne.

The winners of the U.S. competition will move on to join 16 other young designers from around the world at Veuve Clicquot’s Hôtel du Marc, for a prestigious two-day experience, including a tour of the cellars, gala dinner at the Hôtel du Marc, and a lunch and a tour of the vineyards. At Hotel du Marc, an international jury composed of influential names in the design industry, will then choose the ultimate winner of the International Clicquot Mailbox Re-Creation Awards. The design and winner will be unveiled at a ceremony on April 9, 2015, and also at Milan Design Week, starting on April 14, 2015. The winner will also receive $13,000 USD in prize money and international recognition as their creation will be used as the official design for the 2015 Clicquot Mailbox. 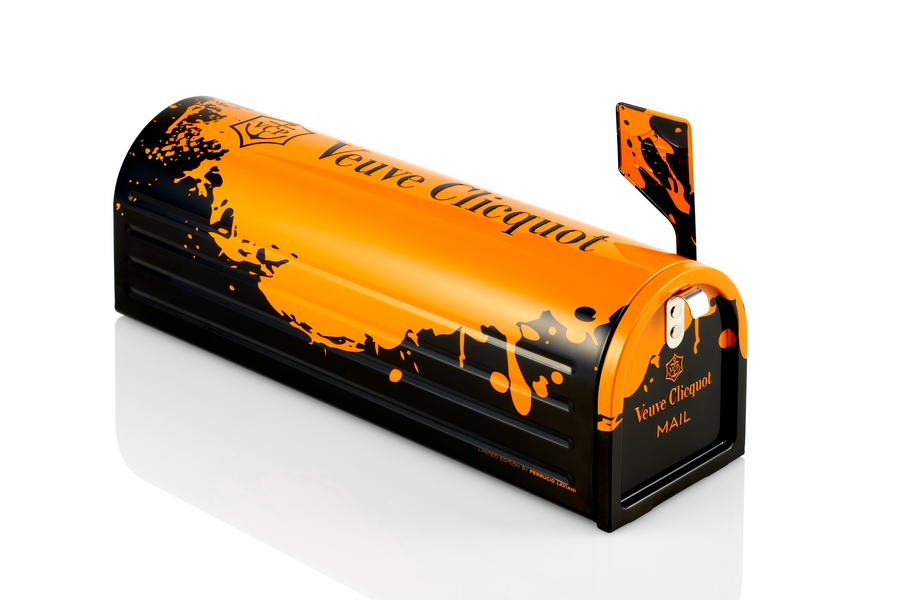 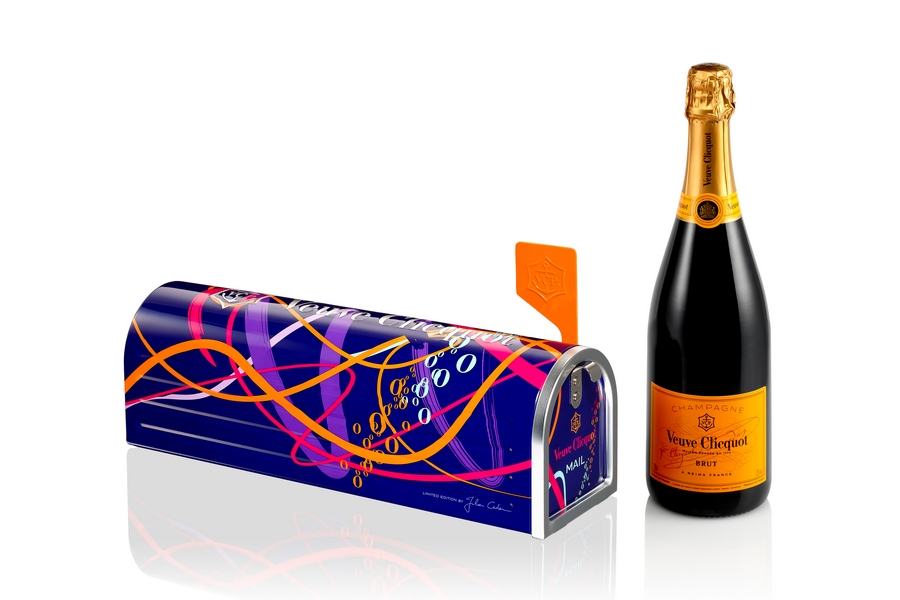