Pagani Automobili, as official sponsor, took part in celebrations for the Sixtieth Anniversary of the Frecce Tricolori – the Italian Air Force Aerobatic Team – in Rivolto on 18 and 19 September.

Pagani Huayra Tricolore, car #0, was the star of the VIP area inside the Rivolto military base. The Pagani Roadster BC, Huayra Coupé, Huayra BC, Zonda HP Barchetta and Zonda F were also be on display. The first prototypes of the “Huayra Tricolore Capsule”, the apparel collection developed and designed in partnership with the Aeronautica Militare brand and Cristiano di Thiene Spa, was previewed during the event. 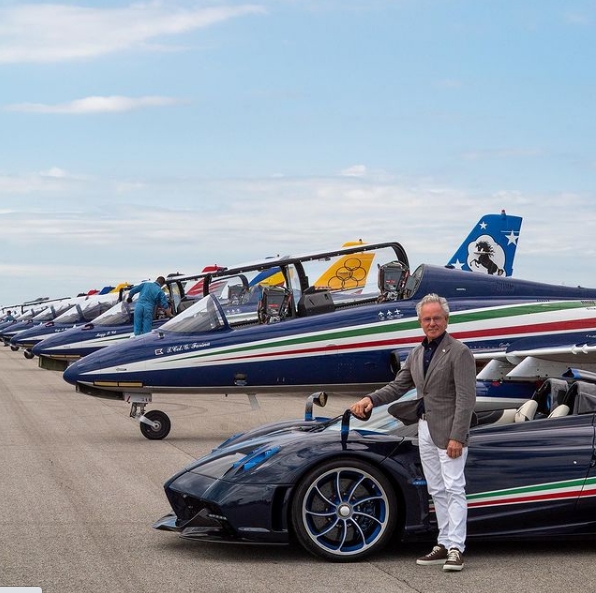 Pagani Automobili at the Sixtieth Anniversary of the Frecce Tricolori event in Rivolto (UD), Italy.

A two-day event featuring breathtaking performances honoring the Italian Air Force’s Aerobatic Team, known worldwide as the Frecce Tricolori (the Tricolor Arrows). Since 1961, the Frecce Tricolori have been a symbol of national pride, passion and unparalleled professionalism with their ten Aermacchi MB-339A P.A.N aircraft. An icon, testifying to the true “Made in Italy” spirit of excellence, formed and given the task of representing the Air Force and the national values in Italy and abroad, is this month celebrating its sixtieth anniversary.

Pagani Automobili wanted to pay tribute to this example of Italian excellence with the Huayra Tricolore, a unique hypercar, of which only three examples were made, where even the smallest details evoke the unmistakable lines of the Aermacchi jets flown by the aerobatic team. The Huayra Tricolore, with the number 0 displayed in the VIP area, was welcoming the guests who had the opportunity to attend the Frecce Tricolori air show and the exhibition featuring some of the most important aerobatic teams in Europe. During the two days, there were also demonstrations of the numerous operational capabilities of the Italian Air Force, static exhibitions of aircraft and equipment associated with flight and itinerar dedicated to the history of this branch of the Armed Forces, which is approaching celebrating its Centenary in 2023. 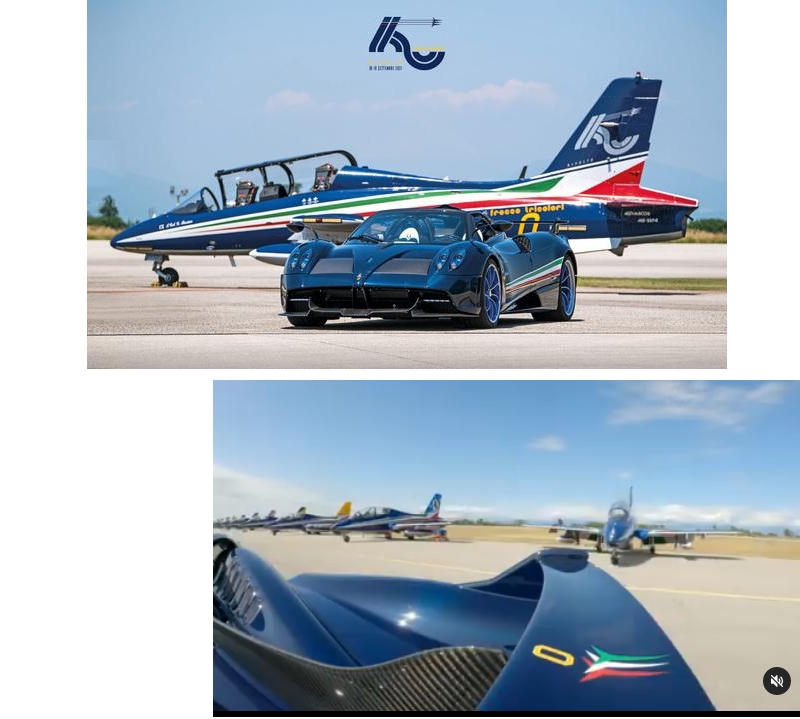 Another exhibition area, entirely dedicated to the Pagani brand, as an official partner of the event, was hosting some of the most iconic cars of the Atelier: the sponsor area was a showcase for the Huayra Roadster BC, Huayra Coupé and Huayra BC, together with the exclusive Zonda HP Barchetta and a very special Zonda F.

The exclusive setting of the celebratory Sixtieth Anniversary of the Frecce Tricolori was also the backdrop for previewing the first prototypes of the “Huayra Tricolore Capsule”, the new apparel collection, fruit of the partnership with fashion brand Aeronautica Militare of which Cristiano di Thiene Spa is the official licensee. A sartorial collection, completely made in Italy, that includes various apparel items and accessories designed ad hoc, with attention to detail and dedicated to the iconic sporty personality of Huayra Tricolore. 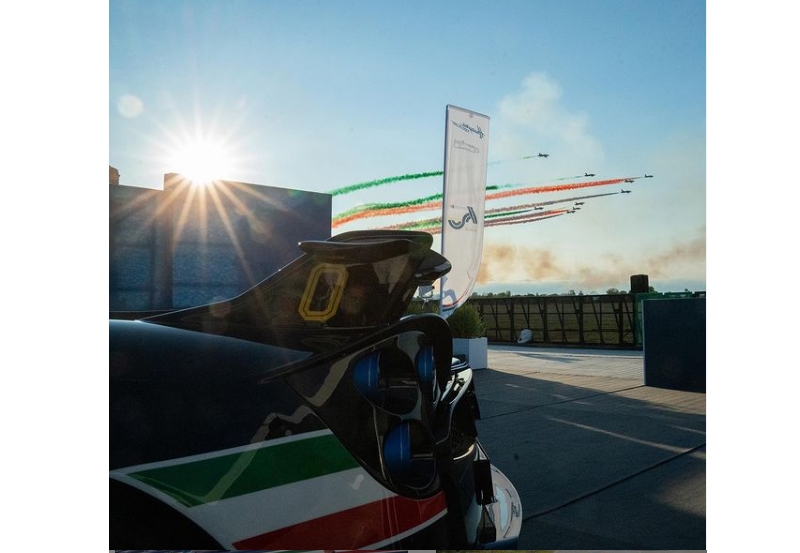 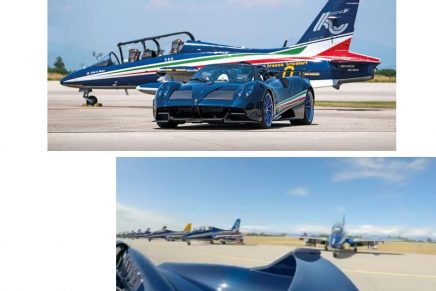 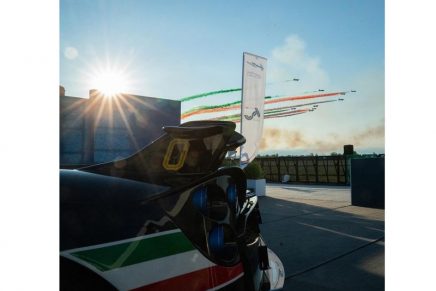 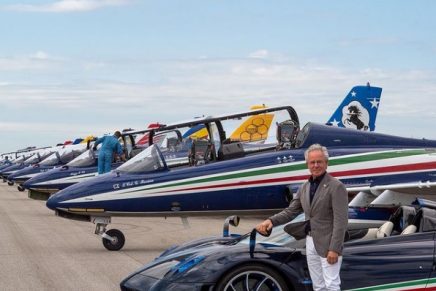