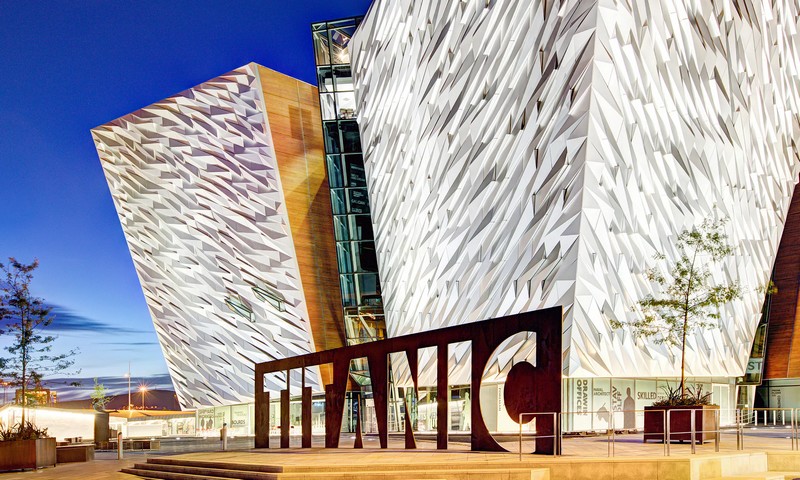 This article titled “Museums join forces to bring Titanic relics to the UK” was written by Maev Kennedy, for The Guardian on Tuesday 24th July 2018 11.57 UTC

The objects recovered from the seabed over decades of deep-sea diving expeditions include parts of the doomed vessel, furnishings, personal possessions, and fittings from the ornate first-class rooms, which helped convince the passengers they were cocooned in luxury on an unsinkable ship.

The collection is at risk of being split up because the company that owns it in the United States, and has toured it worldwide in a series of blockbuster exhibitions, has filed for bankruptcy. It has also sought permission to sell off individual star items. If the bid to keep the entire 5,500-object collection in public ownership succeeds, the UK museums will also try to acquire responsibility for protecting the wreck itself, which lies at a depth of 3660 metres (12,000ft) in the north Atlantic.

The bid from the National Maritime Museum at Greenwich, Titanic Belfast – which is on the site where the ship was built and launched – the Northern Ireland Titanic Foundation and the National Museums of Northern Ireland, has the backing of James Cameron, director of the 1997 blockbuster Titanic, and Robert Ballard, the former US naval commander who located the wreck site in 1985 and led diving expeditions from 1987.

The National Geographic Society is also backing the bid and has launched the fundraising appeal with a $500,000 donation.

Ballard attended the launch of the appeal at the award-winning Titanic visitor attraction in Belfast. “I’m lending my voice to this campaign as it is the right thing to do,” he said. “This bid is the only viable option to retain the integrity of the Titanic collection. The collection deserves to be returned home to where its journey began.”

Cameron sent a video message of support. “The story of the Titanic has captivated the imaginations, hearts and minds of people around the world. It’s played an important role in my own life — as a film-maker, a deep-sea explorer and as an advocate of deep-ocean research.

“The sinking of the Titanic was a heart-breaking moment in history. Securing the irreplaceable collection of artefacts – protecting and preserving them for future generations by placing them in the public trust – is a unique and important opportunity to honour the 1,503 passengers and crew who died.”

Sections of elaborate carving from the Titanic were included in the Ocean Liners exhibition at the V&A in London this year, and there have been queues across the world for every major exhibition about the wreck. The 1994 exhibition at the museum in Greenwich was opened by two survivors, Edith Haisman and Millvina Dean. Dean, the youngest known passenger, who was lowered to a lifeboat in a mail sack, became the last survivor of the disaster, dying aged 97 in 2009. Her ashes were scattered from a launch at the docks in Southampton from which the Titanic set sail.

Months of delicate negotiations have preceded the public announcement of the bid, after the US company Premier Exhibitions Inc, which owns the company that holds both the Titanic collection and the salvage rights to the wreck, announced bankruptcy. Late last year, as the joint museums bid came together, it suspended an attempt to win legal permission to split up and auction the collection.

Kevin Fewster, director of the National Maritime Museum, said in Belfast: “In early 2017, when I heard the news of the current owner’s bankruptcy, I felt it was our duty to try to save the collection as a whole.Alongside our partners, we will ensure that the collection is protected and preserved for generations to come.”

Conal Harvey, deputy director of Titanic Belfast, which opened in 2012 in the derelict former Harland and Wolff shipbuilding docks, and was voted the leading visitor attraction in the world in 2016, said the relics risked being sold to private collectors and lost as an identifiable collection: “We are campaigning to bring these artefacts home where they will protected and preserved through public ownership and on display for the world to enjoy.”

The National Maritime Museum at Greenwich has a poignant collection of Titanic souvenirs, including a watch whose hands stopped at the moment 27-year-old Robert Douglas Norman entered the icy water and drowned, and a music box toy pig, a gift from the mother of a survivor, Edith Rosenbaum.