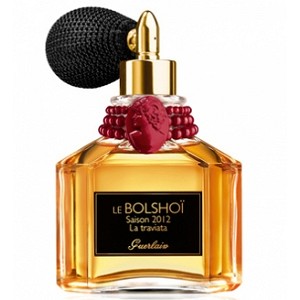 Guerlain, the official sponsor of Bolshoi Theater, is launching a 2012 edition of the ultra-limited Guerlain LE BOLSHOÏ perfume, celebrating the partnership of the two prestigious houses. The Bolshoi Ballet and Bolshoi Opera are amongst the oldest and most renowned ballet and opera companies in the world.

In 2011 the French perfume house of Guerlain, one of the oldest in the world, has helped in the restoration of the Bolshoi Theater. For the 2012 season, Guerlain comes with a new design of the flacon adorning it with black label, black pump, bright red cameo and purple beads in three rows, a subtle reference to the medallion of the dying Violetta. 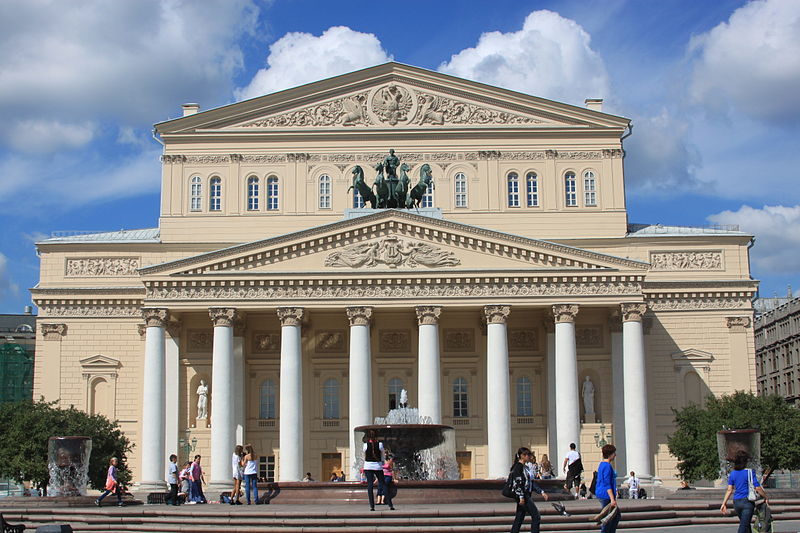 One of the most highly sought after present-day opera directors, artistic director of the Glimmerglass (opera) Festival (USA), Francesca Zambello returns to the Bolshoi to produce La Traviata. Zambello’s preceding productions for the Bolshoi – Puccini’s Turandot and Prokofiev’s Fiery Angel– won acclaim from both public and critics.