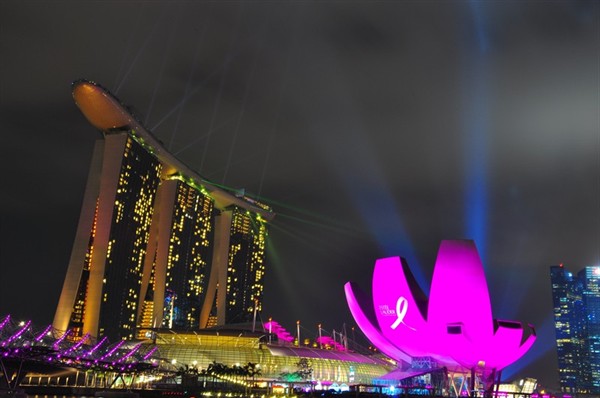 Extravagant pink laser and light show, and the “Pink Ribbon“, the widely-recognised symbol for the fight against breast cancer, bathed Singapore’s Marina Bay Sands at Estee Lauder’s Pink Ribbon Global Illumination Event. Estee Lauder has been a breast cancer awareness champion for 20 years and the spectacle was a reminder of the beauty group’s commitment to Breast Cancer Awareness month. To support the noble cause, the Estée Lauder Companies in Singapore launched their very first-ever online auction to raise funds for the Singapore’s Breast Cancer Foundation.

In addition to the auction, the Estée Lauder Companies illuminated the Helix Bridge, ArtScience Museum and Marina Bay Sands in a bright glowing pink on October 5. To spread the message of Breast Cancer Awareness some 200 global symbols including the Empire State Building in New York, Tokyo Tower in Japan, Harrods luxury store in United Kingdom, and the Taj Mahal Monument in India have all been lit pink. 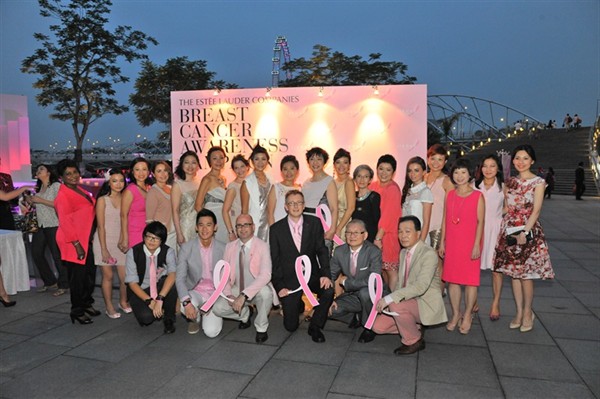