Master Sommelier Ian Cauble as the brand’s first US Ambassador 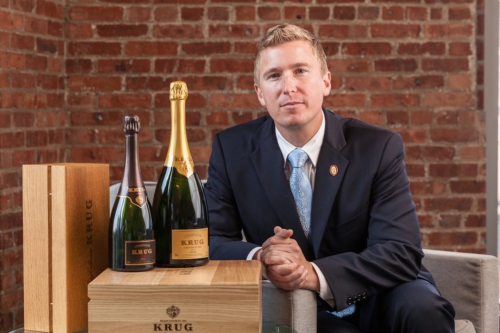 Krug Champagne, the world’s first luxury Champagne House, has a first US Ambassador. Master Sommelier Ian Cauble will serve as Krug’s spokesperson in the United States, hosting a variety of tastings and training events across the country to inspire, educate, and share Krug’s champagne-making process

Prior to earning the coveted Master Sommelier title, Cauble was voted one of the “Best New Sommeliers” in the U.S. by Wine and Spirits magazine in 2008. In 2011 he took the Gold in the USA TOP|SOMM championships, followed by a gold medal for the World Championship’s for the Best Young Sommelier in the World.

“As one of the most successful young sommeliers, with many accolades to his name already, we are proud to have Master Sommelier Ian Cauble join Krug as our first ever Brand Ambassador here in the United States,” said Krug’s US Brand Director Carl Heline.