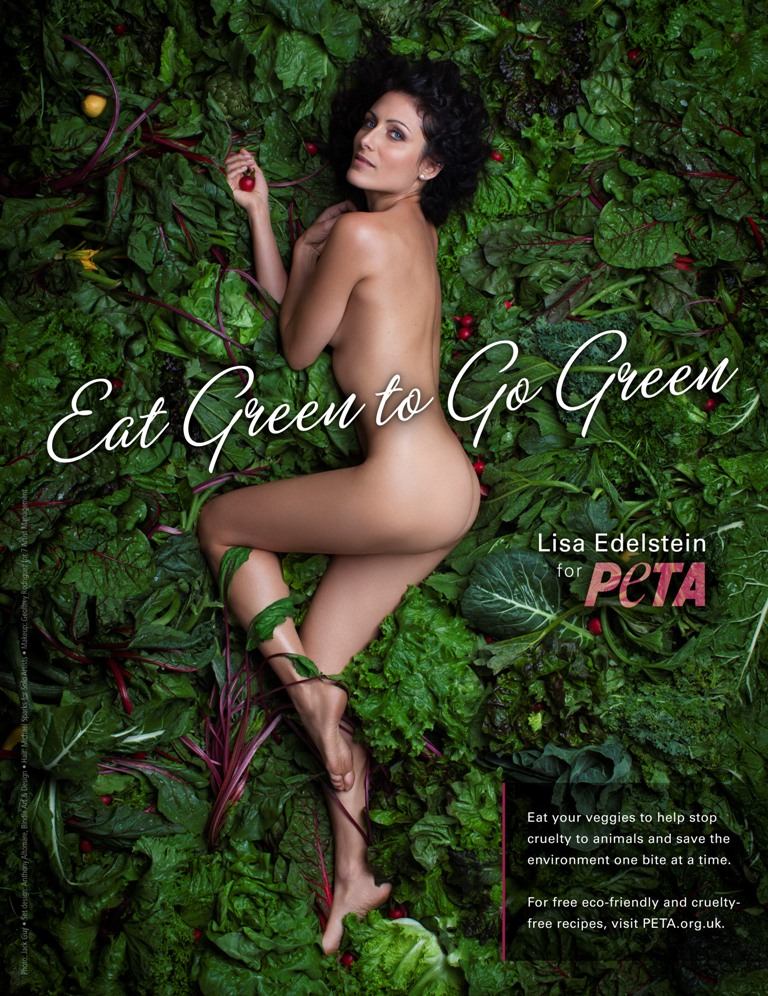 Actor Lisa Edelstein (44), a vegetarian and rescued-dog guardian, poses nude for PETA’s ‘Eat Green To Go Green’  campaign to promote vegetarianism and raise awareness of how eating meat can affect the environment on a large scale.

“By eating vegetarian meals, Lisa saves animals from a painful life and death, preserves her health and combats against environmental devastation. Looking luminous in her gorgeous ad for PETA, which was shot by top celebrity photographer Jack Guy, Lisa encourages fans to “eat green to go green,” commented PETA in a statement.

‘I was never a big meat eater — I was always picky. I was raised in a kosher home, and if you’re raised with a food restriction, it’s not that difficult to have another kind of food restriction,” Lisa Edelstein told Prevention magazine.

“The meat industry is really toxic to the environment. The cattle industry–besides the fact there are a lot of cruel things happening–the manure is extremely toxic. We just need to pull back as a culture as much as we can,” explained the actress that became a vegetarian since the age of 15.

PETA encourages to raise awareness about meat’s global impact on the environment and to tweet facts like: