A Maserati for the upscale green set 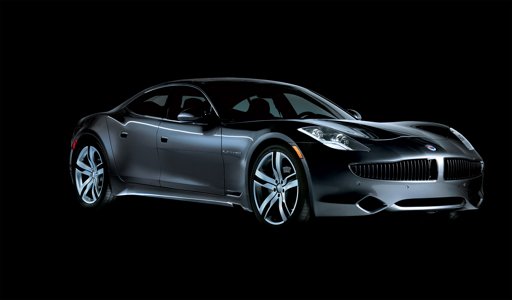 Karma, world’s first high-performance hybrid luxury sedan, was unveiled at Consumer Electronics Show in Las Vegas last week. The eye-catching Karma designed in California and built in Finland is billed as the world’s first luxury electric vehicle with range extended by a gasoline engine that, when switched on, powers a generator to supply electricity.

“It is a big, four-door luxury sedan that competes with cars like the Mercedes and Audi,” Fisker Automotive’s Russell Datz said to AFP, referring to Karma as a Maserati for the upscale green set. “We are giving people in that marketplace the chance to drive an environmentally-friendly vehicle without compromising their lifestyles.”

“You don’t have to worry about where and when to charge… You can drive around all day as usual, then plug it in at night just like your mobile phone.”

The Karma battery alone can power about 300 miles of driving, with a full tank of gasoline extending the range by 200 miles or more.

Fisker Karma sedans are priced at about $100,000 in the United States and will be comparably priced when they debut soon in Europe.