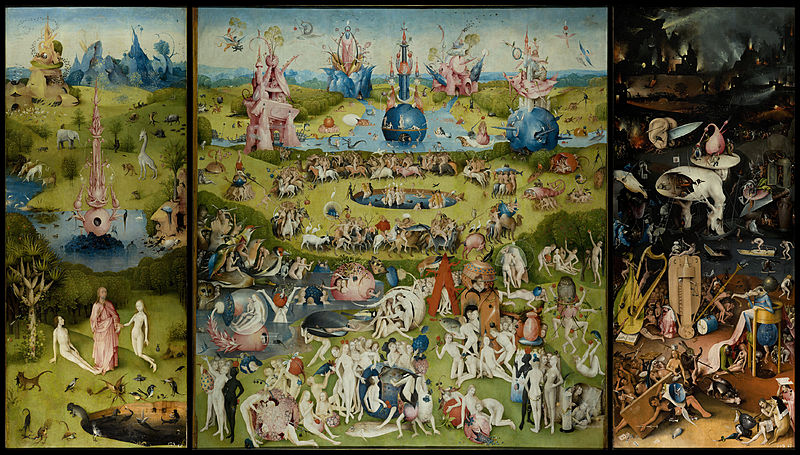 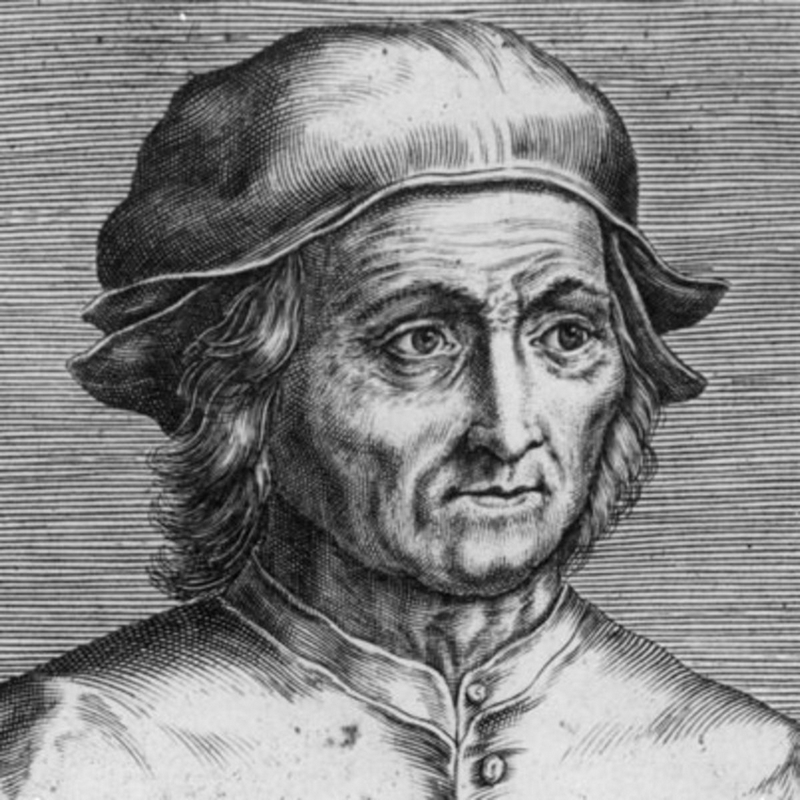 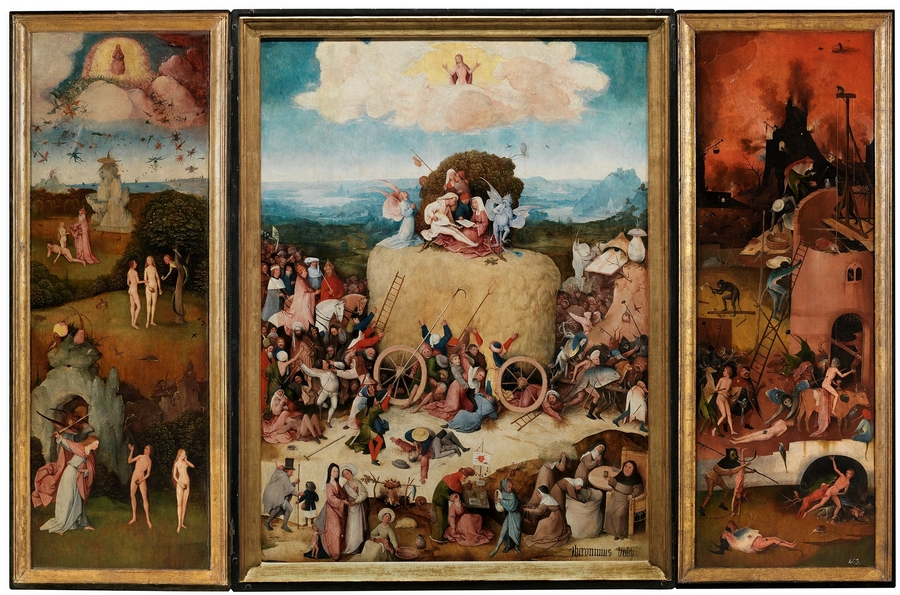 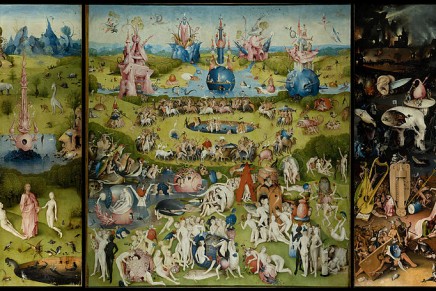 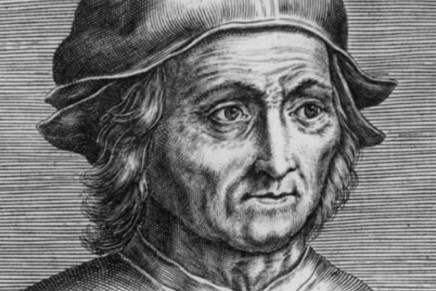 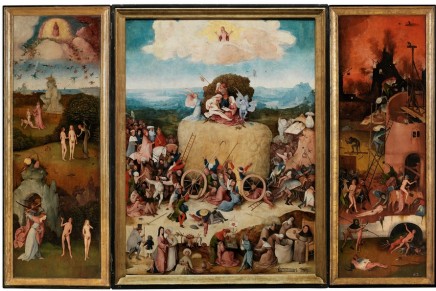 Seven years ago, the director of a small museum in the Netherlands set out on an impossible quest: he wanted to borrow every surviving work in the world by the wildest imagination in the history of art, Hieronymus Bosch, to celebrate his 500th anniversary in the city of his birth. He did not have a single painting to offer on loan in return.

In an exhibition opening next February, Charles de Mooij will unveil his haul at his Noordbrabants museum in ’s-Hertogenbosch.

He has secured 20 of the 25 surviving panels, including several reunited triptychs and the panels, that were scattered centuries ago, made for an altar still in the town, and 19 of the 25 drawings – a collection he believes will never be assembled again. Many of the paintings could only travel because money from the Getty Foundation paid for state-of-the-art conservation work to clean and stabilise the surfaces of the oak panels.

What De Mooij could offer in return was a model for other small museums trying to mount major exhibitions: knowledge. The city was persuaded to fund a major international research programme into the life and work of its famous son. The Getty Foundation was persuaded to come on board. Each donating museum, including the Louvre in Paris, the Prado in Madrid, the Accademia in Venice, the Metropolitan in New York and the National Gallery of Art in Washington, has learned more about its painting through the project. The first results of the research will be announced in a documentary in November, and the full project will be published in two hefty volumes in 2016.

Meanwhile, the whole city (already famous in the Netherlands for its wild Shrovetide carnival) is planning to go slightly bonkers with Bosch fever. There will be moving projections of Bosch paintings in the marketplace, and 3D recreations – erupting through pavements or hanging from lampposts – of angels, demons, damned souls, mermaids riding on flying fish, drunken priests, lascivious women, and monsters with the legs of a giant chicken and the body of an egg. More images will be projected under the bridges and in the tunnels of the river and canals, for an adventure billed as “The Boat Trip of Heaven and Hell”.

Advance excitement is such that the museum has already decided for the first time to open seven days a week, from 9am until 7pm, for the duration of the exhibition. Spanish and Italian have been added to the list of languages for the exhibition booklets.

Bosch was famous in his lifetime, was described 30 years after his death as “the devil’s painter”, and has been beloved for centuries by artists and generations of stoned students. But where did the weirdness that swarmed from his brain come from? De Mooij shakes his head: “That is still the big question.”

Ostensibly, he was an utterly respectable Roman Catholic citizen of the small, prosperous town where he was born in 1450 and died in 1516. He was married, and spent most of his life living on one side of the market square, crossing 100 yards every day to his studio. He was born into a family of industrious but run-of-the-mill artists, and though he had no children, his grandfather, father, uncles, and nephews were all painters.

He was also, says De Mooij, an astute self-promoter. The family was originally from Aachen, but he took the wool-rich town as his brand, changing his name from Jeroen van Aken to the grander sounding Jheronimus Bosch. It worked. His clients included princes of church and state, including the Count of Nassau (who hung the teeming vision of heaven and hell of The Garden of Earthly Delights over the king-size bed in his palace in Brussels).

Not so much as a sketch by the city’s most famous son now remains in ’s-Hertogenbosch. The first museum De Mooij approached was immediately struck by the grandeur of reuniting all his works, and the National Gallery in Washington volunteered to loan its fabulous Death and the Miser.

De Mooij was stunned: he had planned to raise the subject of a loan discreetly at a later date.

A few of the paintings are in too poor condition to even consider moving, but the one De Mooij knew he would never get was the artist’s single most famous work, The Garden of Earthly Delights. Instead, the Prado is sending The Haywain (which will leave Madrid for the first time in 450 years). But the Garden triptych has been in Spain since the 16th century, moving from the royal collection to the Prado in 1939. De Mooij says that asking to borrow it would be like ringing up the Rijksmuseum and asking to borrow Rembrandt’s Night Watch – it was never going to happen.

• Hieronymus Bosch – Visions of Genius is at Noordbrabants Museum, ’s-Hertogenbosch, from 13 February until 8 May 2016.