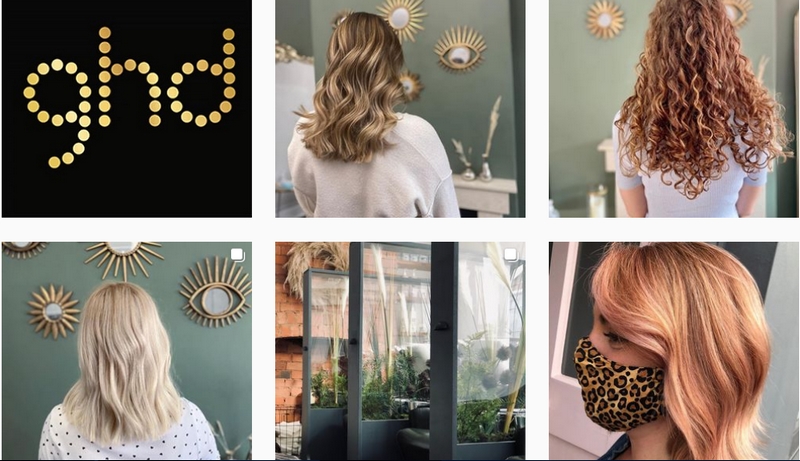 This article titled “‘Our customers want us to go green’: the rise of sustainable hair salons” was written by Emma Sheppard, for theguardian.com on Thursday 8th October 2020 16.30 UTC

Running a successful salon is challenging at the best of times, so it stands to reason that sustainability is not always front of mind. It certainly wasn’t something Dan Mewies, owner of Mewies & Co in Charnwood, Leicestershire, thought much about until he relaunched his business a year ago. “I think it was my children,” he says, about making the decision to be more environmentally friendly. “As they’ve gotten older, they’ve become a lot more knowledgeable and have encouraged me to do a bit more.”

In the salon’s new location, Mewies added eco shower heads to reduce the amount of water used, and replaced his cotton towels with biodegradable ones. There’s a recycling station and stylists are encouraged to do more hand-dyeing to reduce the amount of foil or mesh used when colouring. He’s also planning to add a product refill station before the end of the year. The new salon promotes a healthy lifestyle, with a yoga studio, and reiki and acupuncture practitioners offering treatments, and stocks Schwarzkopf Professional and Authentic Beauty Concept product ranges.

It has been an investment, Mewies says, both in terms of the initial financial outlay and time spent getting the whole team on board. But he’s already finding the salon is using a lot less electricity and water, and there’s been no need to install a large washing machine and dryer. The business has also picked up new customers who have heard about the changes. “It’s added a real buzz to the salon,” he says. “[Clients] feel they’re doing their bit without having to do too much. They can go and tell their friends they go to a salon that is environmentally friendly. And I think my staff are happier. They are working somewhere that really cares about them and what’s going on [in the world].”

With more than 43,000 hair and beauty businesses in the UK, employing 250,000 people, hairdressers who embrace small steps such as these can make a big difference, Denise Baden, professor of sustainable business at the University of Southampton, says. As part of her research, which began in 2012, Baden founded the Eco Hair and Beauty initiative, offering tips to salon owners and publishing an eco salon directory. She also launched a free sustainable salon certification and training programme, which has worked with more than 2,000 stylists so far. “A big turning point was David Attenborough’s The Blue Planet,” she says, about the growing awareness of the importance of sustainability. “I had a lot of hairdressers get in touch and say: ‘Our customers want us to go green.’”

While there is often an initial expense, making changes such as using tepid water instead of hot, shampooing hair once rather than twice, and installing eco shower heads can save the average four-seater salon more than £5,000 a year. “There are sometimes tensions between trying to be sustainable and making a profit, but we’ve found a lot of win-wins,” Baden says. “[Hairdressers] are in a good position to make a big difference not just in terms of changing their own habits, but in how they affect their clients’ behaviour. They’re connected to more networks of people than any other occupation, and are a trusted source of information.”

Encouraging hairdressers to be catalysts for change is one of the projects Kai Görlitz leads at the consumer goods company Henkel, as part of his role in social initiatives and sustainability for Schwarzkopf Professional, one of Henkel’s brands. “We truly believe that hairdressers are uniquely placed to be sustainability advocates and act as role models through the practices they model in their salons,” he says.

That vision for a sustainable world extends beyond the environment into helping disadvantaged young people into jobs. To that end, Görlitz works as the global project manager for Schwarzkopf’s Shaping Futures programme, which trains young people to become hairstylists and is run in partnership with both global non-governmental organisations (NGO), such as SOS Children’s Villages, as well as a variety of local NGOs.

The initiative, launched 10 years ago, was the brainchild of Simon Ellis, international creative director at Schwarzkopf, who was inspired after going on a business trip to Japan in 2008, where he was introduced to a training project carried out with Cambodian street children. Since then, more than 2,500 underprivileged young people, across 30 countries, have been taught to become hairdressers. “Hairdressing is a skill, a craft – it’s teachable,” Ellis says. “So we take hairdressers who are passionately willing to deliver and put them together with underprivileged young adults who want to learn, giving them the opportunity of creating a career.” Ellis recently met one of the volunteer trainers again in Japan. “She ran up to me, burst into tears, put her arms around me and said: ‘You’ve changed my life.’ It’s wonderful.”

More than half of the students who complete the training, which includes lessons in cutting, colouring, styling, and consultation, go on to get a paid internship, apprenticeship, or permanent job placement immediately after the programme. Introducing trainees to potential employers is a key part of the process, Ellis says. “I felt there was no point creating a training programme that would not allow that individual to then get a job.” Many will go on to set up their own businesses – Manashi, an orphan from India who had never been outside of her own village, now has her own salon in Chennai; and Son, who was abandoned in Vietnam at the age of 13, has set up his own business back in his hometown, after working at a salon in Ho Chi Minh City.

Related: ‘As consumers we all have tremendous impact’: why becoming climate positive is the business world’s greatest challenge

“He said that it’s such a rewarding feeling for him to be able to create job opportunities himself now for other young people in his community,” Görlitz says of Son. “In 2018, he returned to Shaping Futures as a trainer in his own right.” And while the Covid-19 pandemic has meant any international programmes have had to be put on hold, Görlitz has found the sector is still interested in giving back. Henkel’s Hairdressers United fundraiser event is one example of this. “Shaping Futures creates a global sense of community and togetherness, and we have noticed our volunteers still want to continue to support our cause. Although travel restrictions will likely mean that focus is going to be on a more local level, our programme has also already catered for this in the past and we see it more as a shift in focus, rather than a turning point. Social disadvantage exists everywhere and with the help of our dedicated hairdresser clients we will continue to create that sense of excitement in youngsters across the globe and show them that a world of opportunity is out there in the industry.”

As challenging as the pandemic has been for the hair and beauty industry, Ellis says he’s felt uplifted by the recognition the sector has recently received. “For the first time ever, we’ve heard people say on primetime news that the thing they missed the most [during lockdown] was their hairdresser. That’s incredible. There’s been huge positivity in the industry since lockdown has eased. There is this sense of being valued.”