Risk is the Reward: Corum takes the concept of daring innovation to all-new levels with the Corum LAB 02 timepiece. 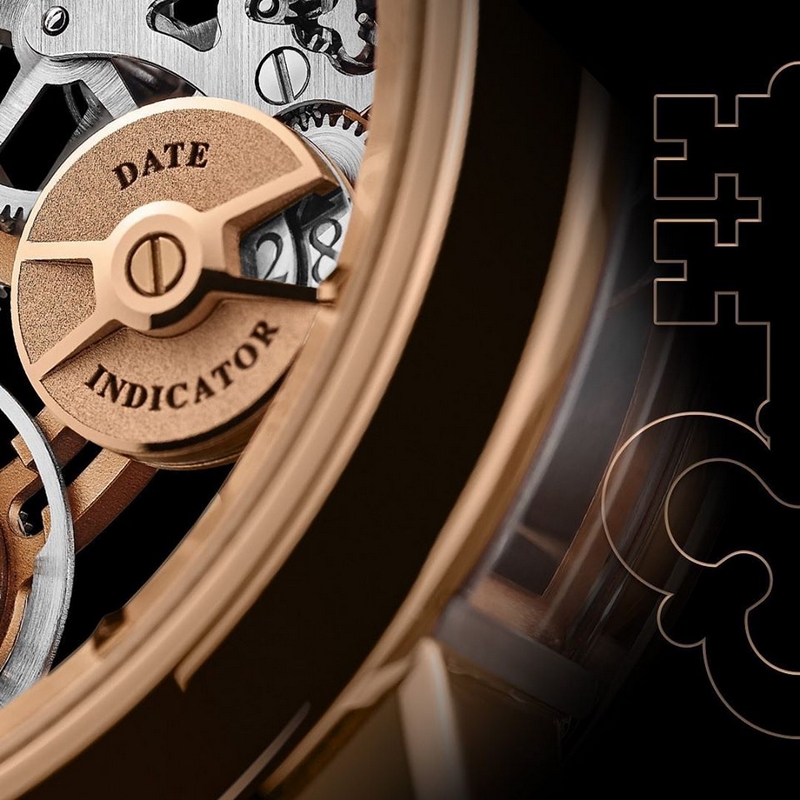 Defying all watchmaking convention, this new technically advanced watch boasts a new movement that was two years in the research and development stages. Revolutionary in its design, the new caliber is equipped with a flying gear train, and a host of other firsts for the brand.

Staying true to its founding philosophy of always being Avant-Garde in order to preserve its future, Corum, the Swiss watchmaker based in La Chaux-de-Fonds, Canton of Neuchâtel, developed the LAB series to showcase its unprecedented foray into distinctive and fearless watchmaking. The LAB 02 is the second laboratory watch to make its debut, with LAB 01 released in early 2019. This new pillar of the Corum family pays tribute to the brand’s founders who were always risk takers and nonconformists. The entire premise of the LAB watch series is to break the mold by thinking outside of the proverbial box. LAB 02 certainly delivers. 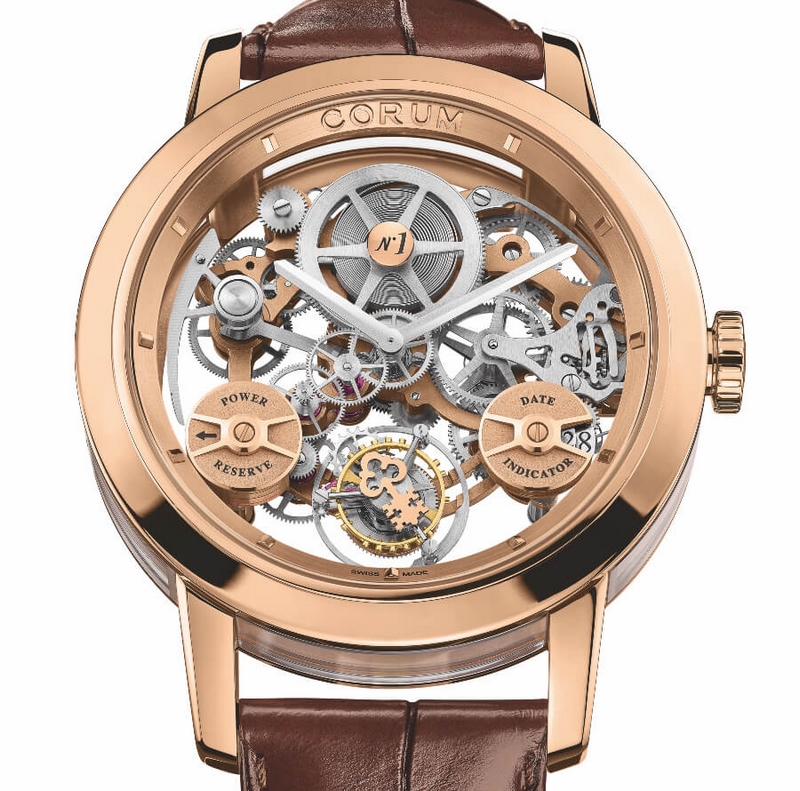 The LAB 02 is a perfect example of aesthetic perfection and extraordinary craftsmanship.

The highly complicated manual movement stretches the imagination as well as the physical constraints of watchmaking. In its creation, Corum’s development team’s members challenged themselves to offer not only a flying tourbillon, but also a flying gear train of sorts. The question they posed: “What if the movement doesn’t have bridges?” They then tirelessly pursued their unconventional quest.

Two years later, corum unleashes the LAB 02. Its caliber CO 300 consists of an impressive 416 individual components, each meticulously skeletonized and finely finished. Each piece is hand assembled in a unique format with a flying tourbillon at 6:00, with flying wheels that track the hours, minutes and seconds, and with the bridge set directly onto the mainplate.

Additionally, building a movement that is not sandwiched between the mainplate and bridge was a technical challenge that had to be overcome. The LAB02 required a much longer axis for the gear train, and, without having a top bridge, needed ball bearings instead of rubies on the mainplate to add strength and stability. The single mainplate has also been highly skeletonized. The entire movement is then placed on a fully transparent sapphire plate that allows for magnificent visibility and gives the appearance that the elements are all floating in space. 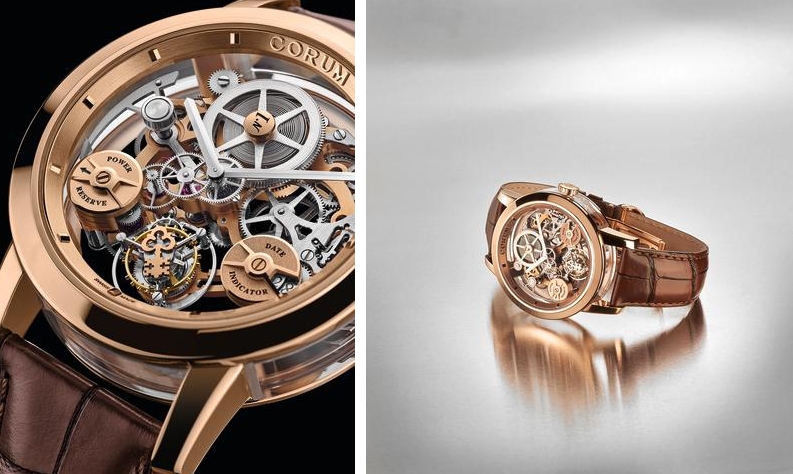 LAB 02 is further equipped with a grand date function at 4:00 and its power reserve indicator (55 hours) is unusually placed so that it is visible via a sapphire glass on the side of the case at 8:00. Because of the extremely complicated nature of this 45mm watch, just 10 pieces will be made, each identified by a specific plate number on the barrel.

Corum LAB 02 watch is further equipped with a grand date function at 4:00 and its power reserve indicator (55 hours) is unusually placed so that it is visible via a sapphire glass on the side of the case at 8:00. Because of the extremely complicated nature of this 45mm watch, just 10 pieces will be made, each identified by a specific plate number on the barrel.

Each Corum LAB 02 luxury timepiece can be customized, as well, enabling personal selection of the color of gold, the choice of diamond cuts and settings, or even of colored gemstones. 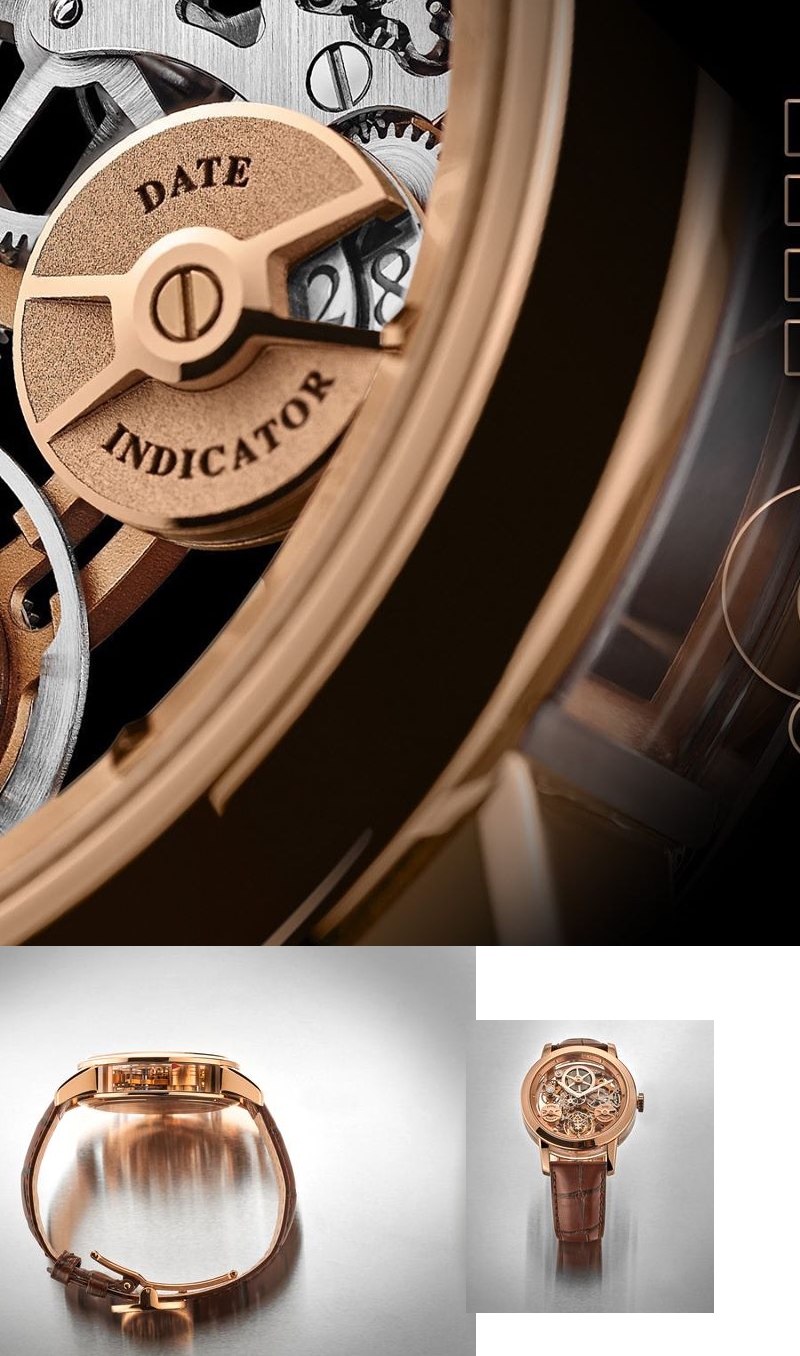 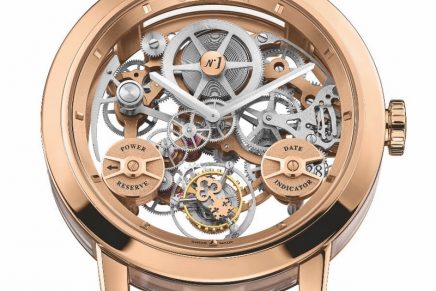 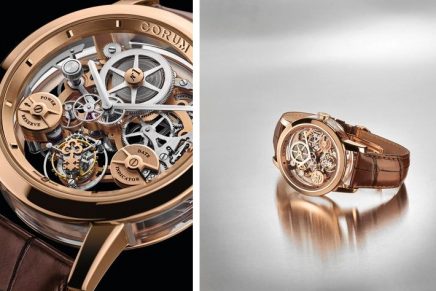 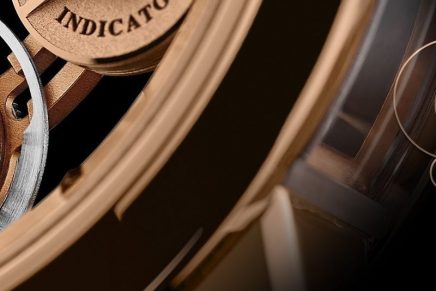 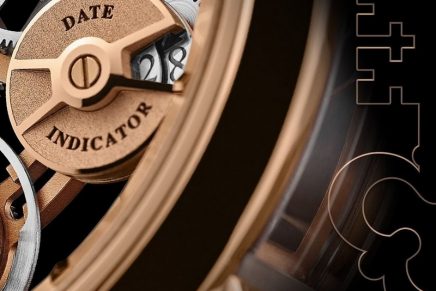