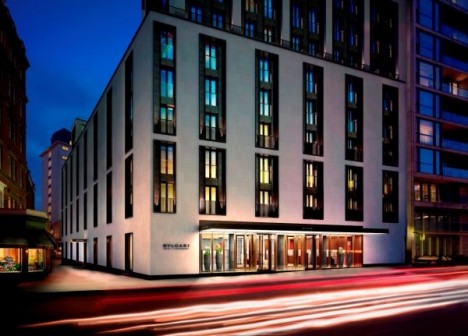 Bulgari Hotel, London
Following the same lines as the original Bulgari hotel in Milan, the 78-room London hotel which will be run by Ritz-Carlton is scheduled to open in April on the site of the former Normandie Hotel in Knightsbridge, overlooking Knightsbridge Green.

Park Hyatt Chennai India – Opening Early 2012
Located next to Chennai’s most prestigious address, Raj Bhavan, the Governor’s residence, the hotel will offer stunning views of Guindy National Park. Proximity to the Central Business District, the Airport and the new developments of OMR, Sri Perumbudur and Guindy Industrial Estate make this an ideal location for the business traveller.
A floating oasis, the Spa at Park Hyatt Chennai will feature a rooftop pool with dramatic views of the Guindy National Park and the natural forest reserve..

In addition to the hotel property, luxury condominium residences will be located on the upper levels of the tower. The hotel will consist of 153 well-appointed guest rooms with a minimum size of 46 sqm / 500 sqft, featuring oversized bathrooms which will average 13 sqm / 150 sqft in size.  There will be 49 suites offering approximately 65 sqm / 700 sqft to 185 sqm / 2,000 sqft of living and entertaining space, all located to offer the best views of the city. 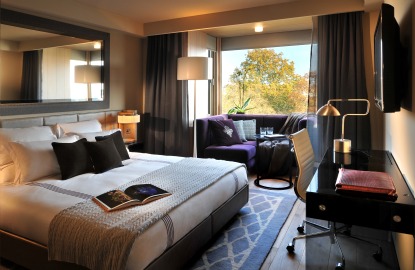 Thompson Belgraves, London
Located in London’s chic Belgravia neighborhood, the Belgraves is the first European property for Thompson Hotels, which opened its first hotel in New York, 60 Thompson, about 10 years ago.
The Belgraves hotel has 85 rooms and suites and bathrooms stocked with products from the luxury British line Penhaligon. 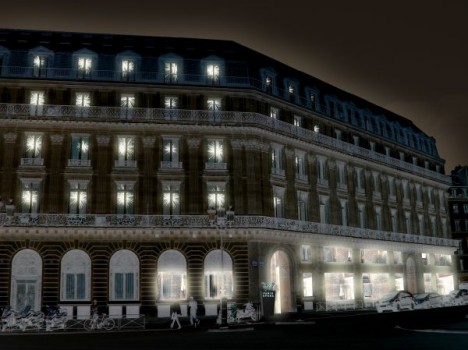 W Hotel Paris
Paris Opéra area is home to the city’s newest insider escape, W Paris – Opéra opened February 14, 2012.
Located in the Opéra area of Paris, in an elegant 1870s Haussmann era building, W Paris – Opéra is situated between Paris’ most famous department stores, Galeries Lafayette and Le Printemps with the exclusive boutiques of the Rue du Faubourg Saint-Honoré nearby.  If shopping is not enough, the landmark Garnier Opéra house, world class restaurants and museums are just a stroll away.

Discover the Spark at W Paris – Opéra in one of W Hotel’s 91 guestrooms and suites and delight in stylish accents, custom made furnishings and the signature W bed with plush pillow-top mattress and 350-thread count sheets and W’s

Whatever/Whenever service. Mix and mingle over cocktails with Paris insiders at the W Lounge or at Arola, the signature restaurant headed up by Sergi Arola, the two-starred Michelin Executive Chef. 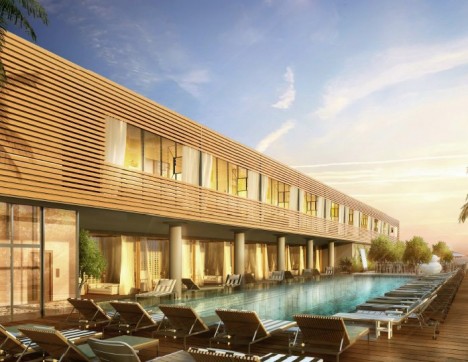 SLS Hotel, South Beach, Miami
The SLS Hotel at South Beach —formerly known as the SLS Miami Hotel—has certainly had its share of setbacks in its bid to emerge as Miami Beach’s most prestigious oceanfront destination, however the hotel now appears to be well on its way to a Spring 2012 opening. 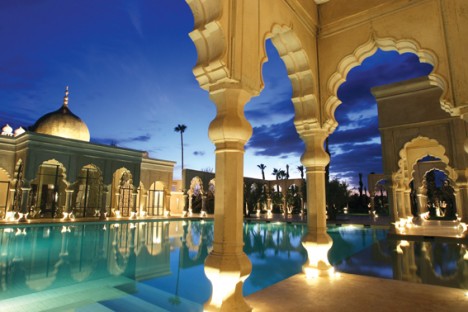 Palais Namaskar, Marrakech
Palais Namaskar is Oetker Collection’s second hotel outside Europe, following the announcement to open Le Bristol Abu Dhabi in 2013. The luxury hotel is located between the Atlas Mountains and the Djebilet Hills in Marrakech and is a 30-minute drive from Marrakech International Airport.

“Palais Namaskar is a statement of your lifestyle and a vision for luxury. My inspiration behind Palais Namaskar was to conceptualize a magical place, both to live in and share with people who want something unique to disconnect from the world and be very exclusive. I am proud to say that Palais Namaskar offers each of the above attributes,” said Philippe Soulier, developer and owner of Palais Namaskar.

Some of the unique luxury facets of Palais Namaskar is that it offers guests its own private jet service, which takes them from Casablanca Airport to the hotels in just 30 minutes. The private jet can be utilized for transfers to other
Oetker Collection properties, with interiors reflecting the iconic look, feel and design of Palais Namaskar. The hotel also offers limousine transfers to guests from various parts of Morocco. 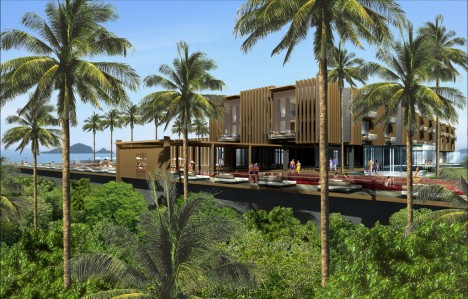 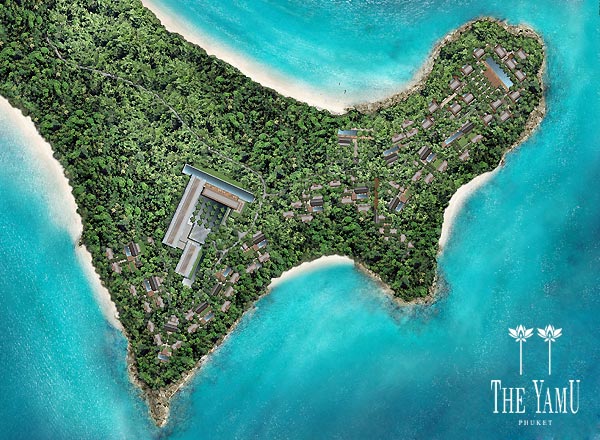 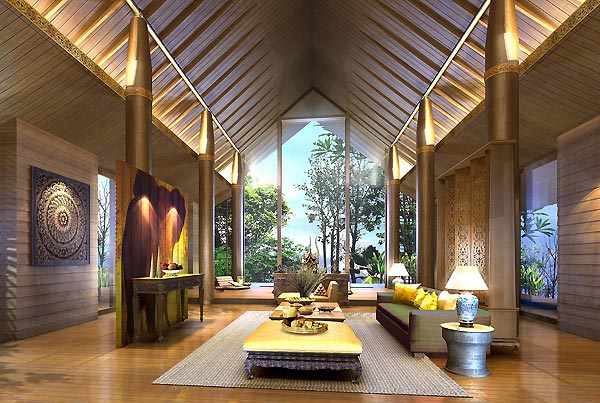 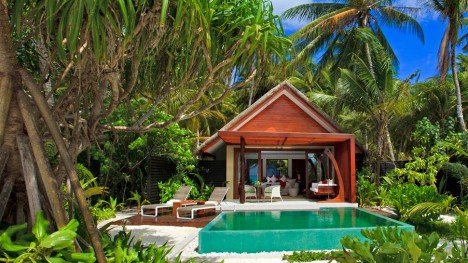 Niyama Maldives Resort – Due to open late February 2012
Located in the South Western Atoll of Dhaalu, NIYAMA is a 40 minute seaplane flight from Male and is situated over two idyllic islands, Embudhufushi and Olhuveli.
“We have dedicated a lot of time to the creation of NIYAMA and have been extremely fortunate to be able to develop these two beautiful islands using Per AQUUM’s visionary and iconic design philosophy. We wanted to create a luxury contemporary and vibrant resort for the stylish aspirational traveller. NIYAMA will incorporate traditional Maldivian elegance in a naturally modern aesthetic,” said Neil Palmer CEO of Per AQUUM.
The luxury resort will also bring another world first to the Maldives with the opening of its underwater music club. 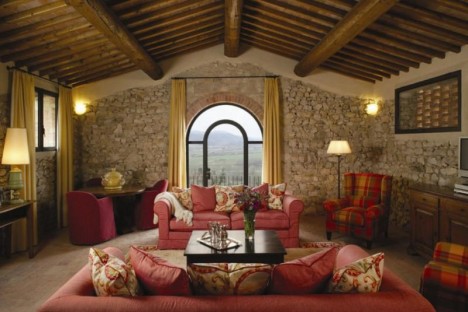 Castello di Casole, Tuscany
Castello will become an intimate five-star boutique hotel with impeccable suites, a spa and much more.
Hotel Castello di Casole is a luxurious five-star hotel in Tuscany, and the centerpiece of a remarkable and historic
4,200-acre estate. Commanding the highest point on the property, parts of this restored castle have graced the estate for centuries dating back to the 10th century. Since 2005, Timbers Resorts has lovingly transformed these ruins into a boutique hotel in the grand European tradition, with impeccable suites, world-class services and amenities, experiences of home and magical views of the Tuscan countryside. 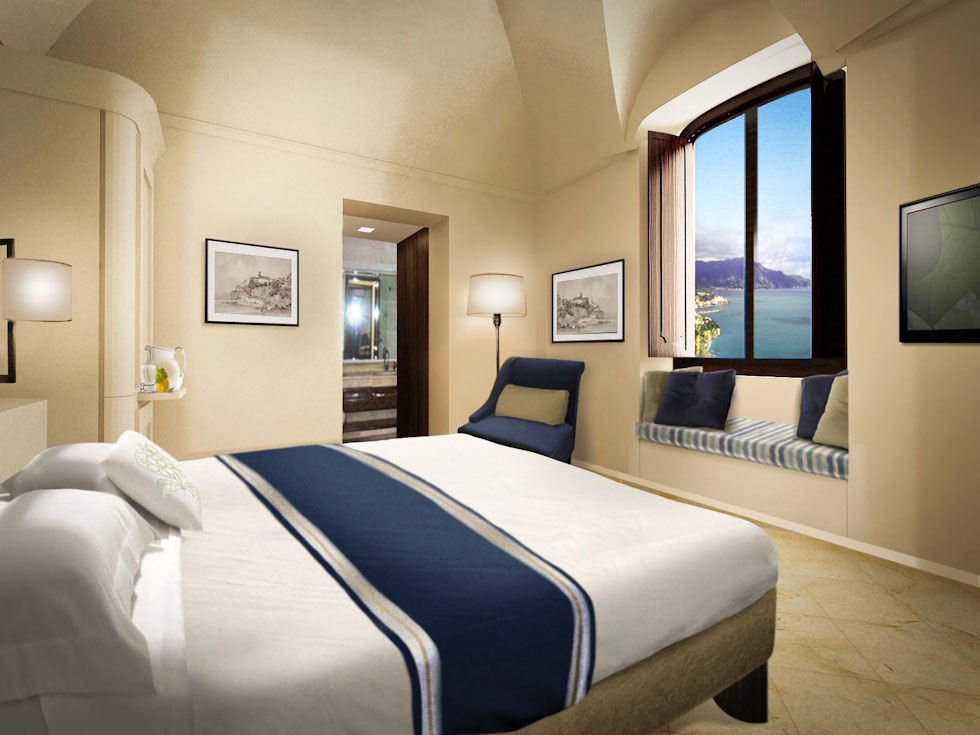 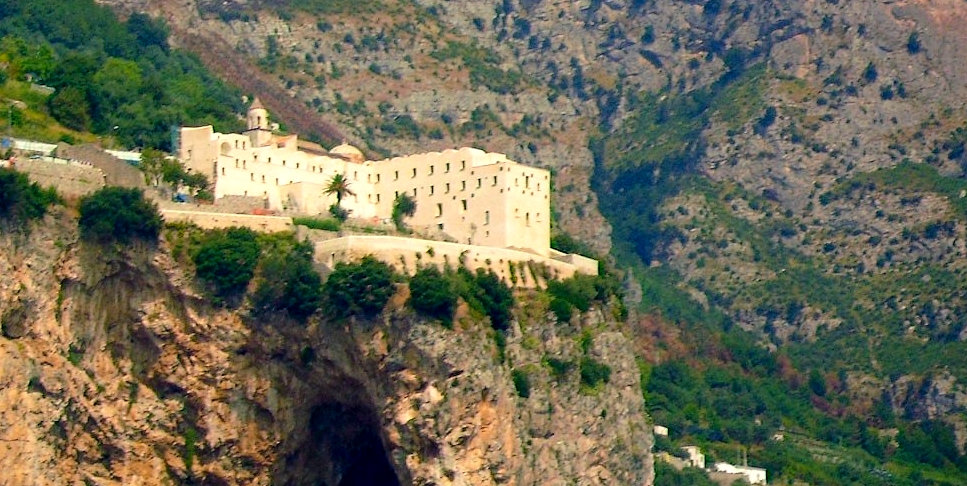 Monastero Santa Rosa, The Amalfi Coast
Monastero Santa Rosa – Opening May 2012. Originally a 17th century monastery, Monastero Santa Rosa has been
affectionately and respectfully restored by its American owner into an exclusive boutique hotel and luxury spa.
The new hotel houses 20 sumptuous rooms and suites overlooking Conca dei Marini and the Bay of Salerno.
Located between Positano and Amalfi, a coastline already boasting the most beautiful vistas in the world, Monastero Santa Rosa sets a new standard for breathtaking panoramas seducing patrons with its heavenly allure for generations to come. 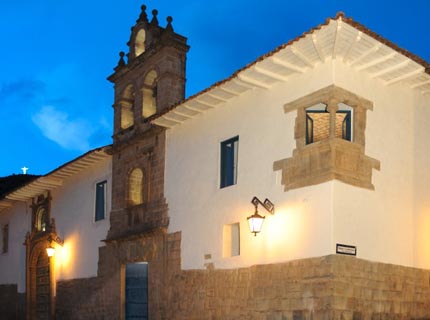 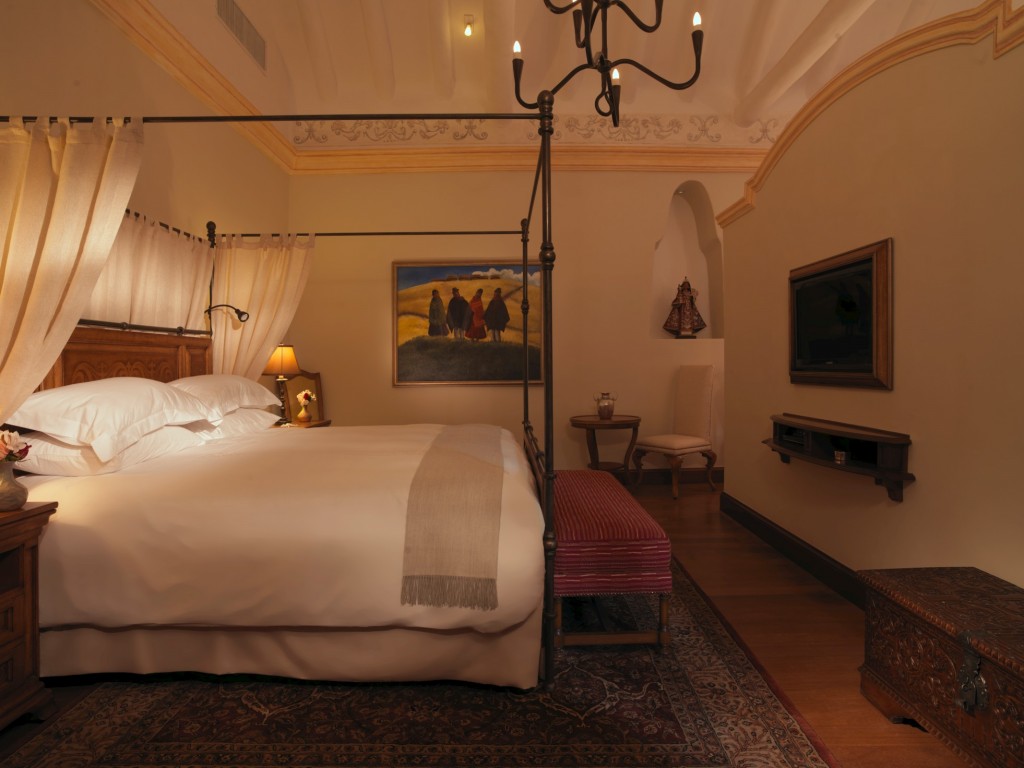 Palacio Nazarenas, Cuzco, Peru
Early summer 2012 sees the opening of a new Orient Express hotel in Cuzco (Peru) that will take hospitality in the city to a higher realm. Palacio Nazarenas is an historic former convent that has long been an oasis of tranquility between the grandeur of Plaza de Armas and young, lively San Blas. Its new incarnation will see contemporary style added to its urban retreat atmosphere. 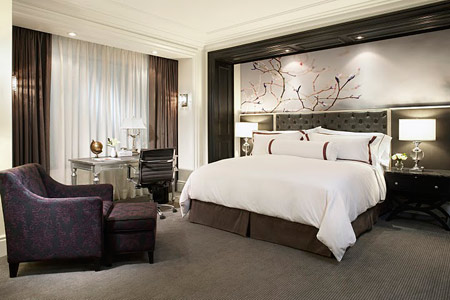 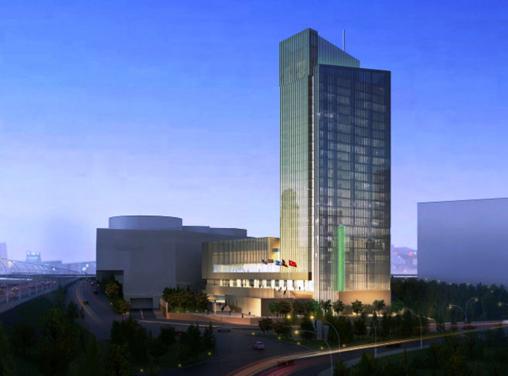 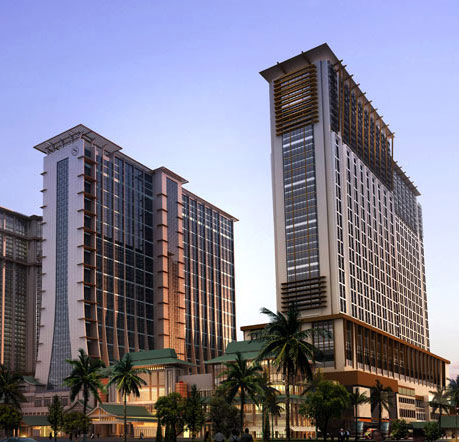 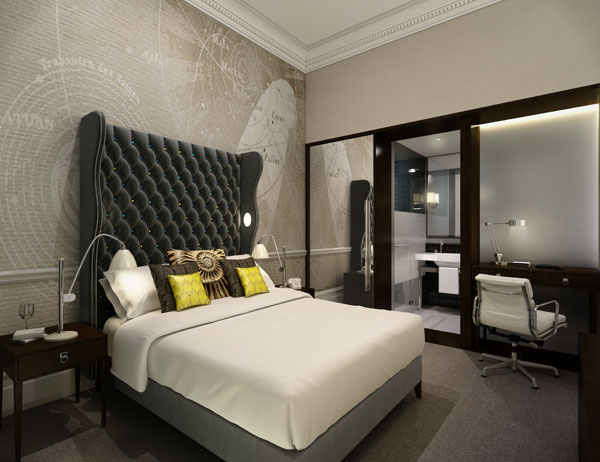 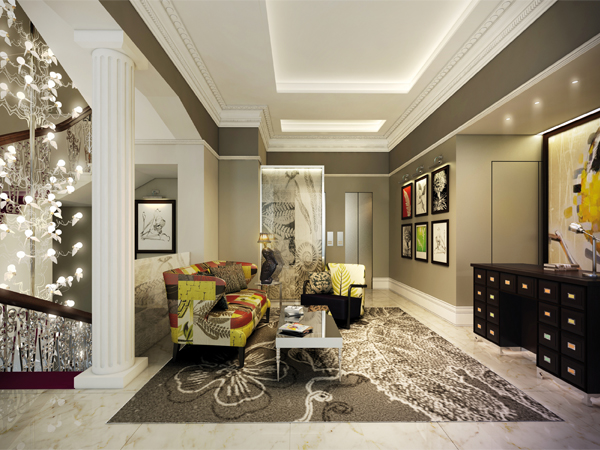 The Ampersand Hotel London
Built in 1888, The Ampersand Hotel is one of London’s original Victorian boutique hotels and due to open its doors in time for the London 2012 Olympics. Located on Harrington Road, this new 110 bedroom destination is just seconds away from South Kensington tube station. The hotel will also offer west Londoners and guests a patisserie, vaulted restaurant and Bellini bar. 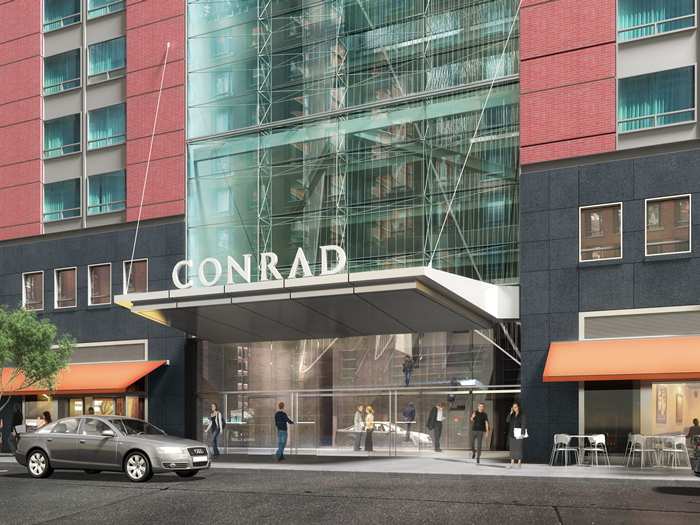