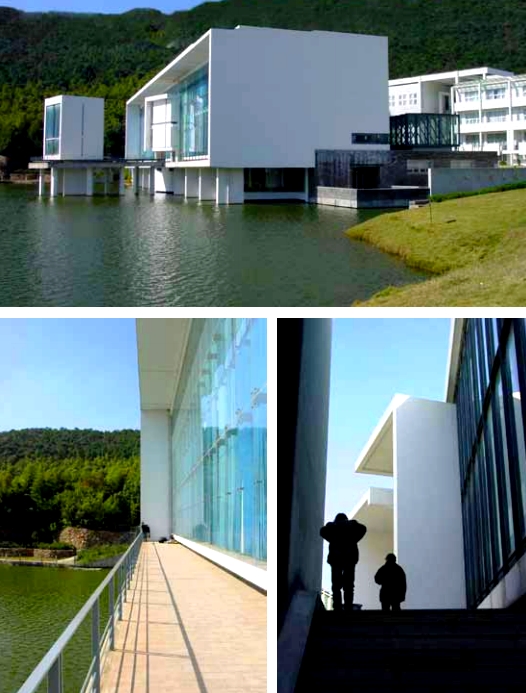 The annual Pritzker Architecture Prize (founded in 1979) honors a living architect whose built work demonstrates a combination of those qualities of talent, vision and commitment, which has produced consistent and significant contributions to humanity and the built environment through the art of architecture. The laureates receive a $100,000 grant and a bronze medallion. This year laureate of the architecture’s highest honor is Wang Shu of The People’s Republic of China. The 2012 Pritzker Architecture Prize Ceremony will be held in Beijing, China on May 25, 2012.

In announcing the jury’s choice, Pritzker elaborated, “The fact that an architect from China has been selected by the jury, represents a significant step in acknowledging the role that China will play in the development of architectural ideals. In addition, over the coming decades China’s success at urbanization will be important to China and to the world. This urbanization, like urbanization around the world, needs to be in harmony with local needs and culture. China’s unprecedented opportunities for urban planning and design will want to be in harmony with both its long and unique traditions of the past and with its future needs for sustainable development.” 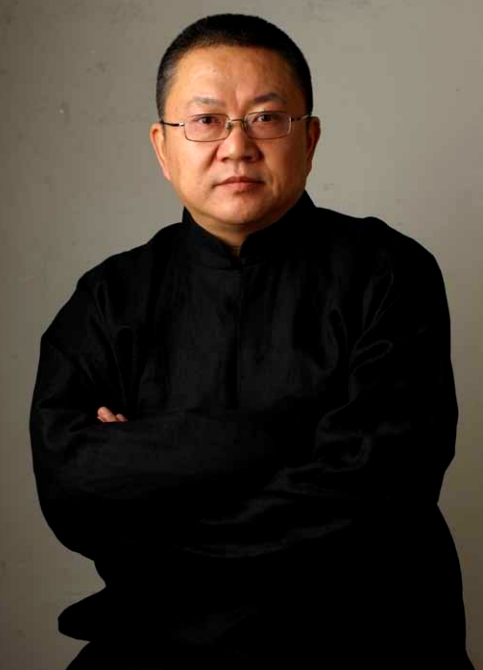 Wang earned his first degree in architecture at the Nanjing Institute of Technology, Department of Architecture in 1985. Three years later, he received his Masters Degree at the same institute. When he first graduated from school, he went to work for the Zhejiang Academy of Fine Arts in Hangzhou undertaking research on the environment and architecture in relation to the renovation of old buildings.

Nearly a year later, he was at work on his first architectural project—the design of a 3600 square meter Youth Center for the small town of Haining (near Hangzhou). It was completed in 1990.

For nearly all of the next ten years, he worked with craftsmen to gain experience at actual building and without the responsibility of design. In 1997, Wang Shu and his wife, Lu Wenyu, founded their professional practice in Hangzhou, naming it “Amateur Architecture Studio.” He explains the name, “For myself, being an artisan or a craftsman, is an amateur or almost the same thing.” His interpretation of the word is relatively close to one of the unabridged dictionary’s definitions: “a person who engages in a study, sport or other activity for pleasure rather than for financial benefit or professional reasons.” In Wang Shu’s interpretation, the word “pleasure” might well be replaced by “love of the work.”
By the year 2000, he had completed his first major project, the Library of Wenzheng College at Suzhou University. In keeping with his philosophy of paying scrupulous attention to the environment, and with careful consideration of traditions of Suzhou gardening which suggests that buildings located between water and mountains should not be prominent, he designed the library with nearly half of the building underground. Also, four additional buildings are much smaller than the main body. In 2004, the library received the Architecture Arts Award of China.

His other major projects completed, all in China, include in 2005, the Ningbo Contemporary Art Museum and five scattered houses in Ningbo which received acknowledgment from the Holcim Awards for Sustainable Construction in the Asia Pacific. In that same city, he completed the Ningbo History Museum in 2008. In his native city of Hangzhou, he did the first phase of the Xiangshan Campus of the China Academy of Art in 2004, and then completed phase two of the same campus in 2007.

Since 2000, Wang Shu has been the head of the Architecture Department of the China Academy of Art in Hangzhou, the institution where he did research on the environment and architecture when he first graduated from school. Last year, he became the first Chinese architect to hold the position of “Kenzo Tange Visiting Professor” at Harvard Graduate School of Design in Cambridge, Massachusetts. He is also a frequent visiting lecturer at many universities around the world, including in the United States: UCLA, Harvard, University of Texas, University of Pennsylvania. He has participated in a number of major international exhibitions in Venice, Hong Kong, Brussels, Berlin and Paris.