Superbus – high-speed alternative to public transport
By 2015 the bus driver could be one of the hottest jobs in the world. But we are not talking about any kind of bus, but more particularly, about a Superbus that can reach up to 250 km/h.

Superbus is an innovative and sustainable public transport system which combines the benefits of a high-speed rail link with the flexibility of a car. Thanks to its low air resistance and electric engine, Superbus emits less than half the amount of CO2 emitted by a standard car. Superbus can be charged by solar panels or windmills. The infrastructure needed for Superbus is much cheaper than other high-speed alternatives. Passengers call up Superbus via a text message or the internet. The routes can be flexible, as Superbus can travel not just on high-speed tracks (250 km/hour), but also on normal roads. 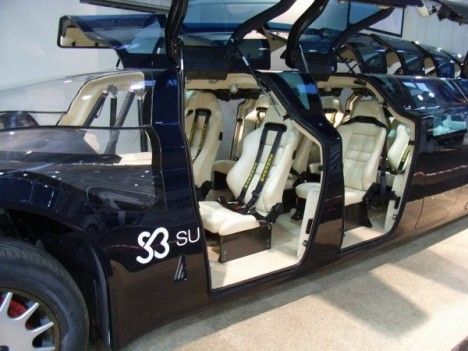 Superbus is an initiative of Prof. Wubbo Ockels. TU Delft began developing Superbus in early 2006. Its favourable results compared to Maglev (magnetically-levitating trains) and other high-speed trains and its innovative nature led in June 2006 to the then Dutch Minister for Transport, Public Works and Water Management, Karla Peijs, allocating Euro 7 million for developing and testing an experimental vehicle for test and demonstration purposes.
According to the designers, the new electric bus is a “future vision of sustainable public transport.” It also features an aerodynamic design to create a sustainable, fast and comfortable mode of public transport. 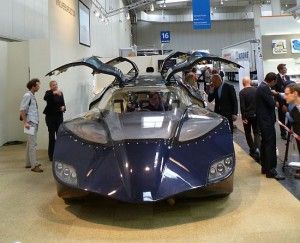