i8 Protonic Red Edition to be built in Leipzig from July. 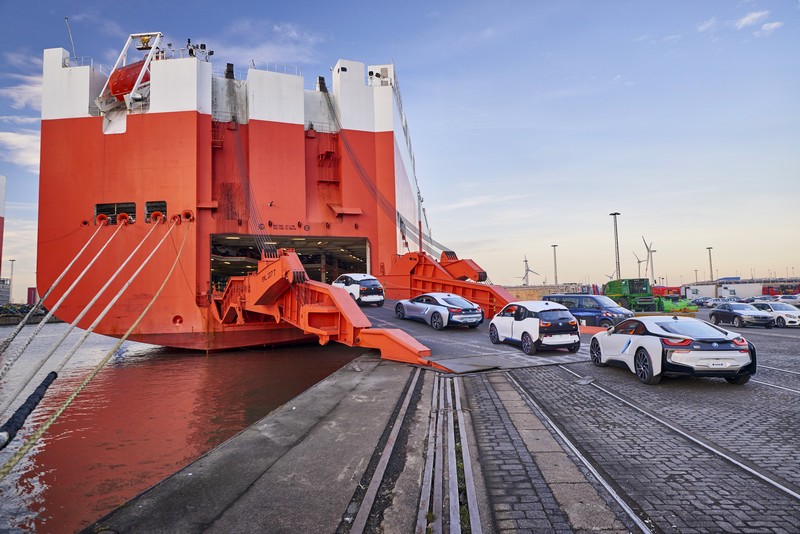 Since entering the market in late 2013, bmw i has concentrated exclusively on vehicles designed from the outset for locally emission-free driving. In 2015, sales of the bmw i3 and bmw i8 were around 66% up on the previous year with a total of 29,513 deliveries. This, together with its portfolio of trailblazing and highly convenient services, gives bmw i the largest worldwide market presence of any electric vehicle manufacturer.

Last year, global sales of the bmw i8 exceeded the combined figure of all other hybrid sports cars produced by other manufacturers; 5,456 units of the i8, which is powered by the combination of a three-cylinder turbocharged engine and an electric drive system, were sold worldwide in 2015. The car’s innovative plug-in hybrid technology delivers system output of 266 kW/362 hp (fuel consumption combined: 2.1 l/100 km [134.5 mpg imp]; CO2 emissions combined: 49 g/km). 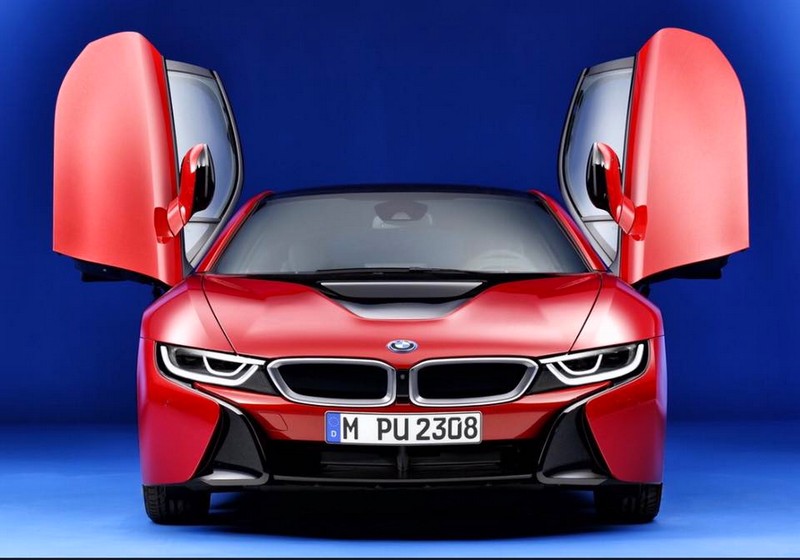 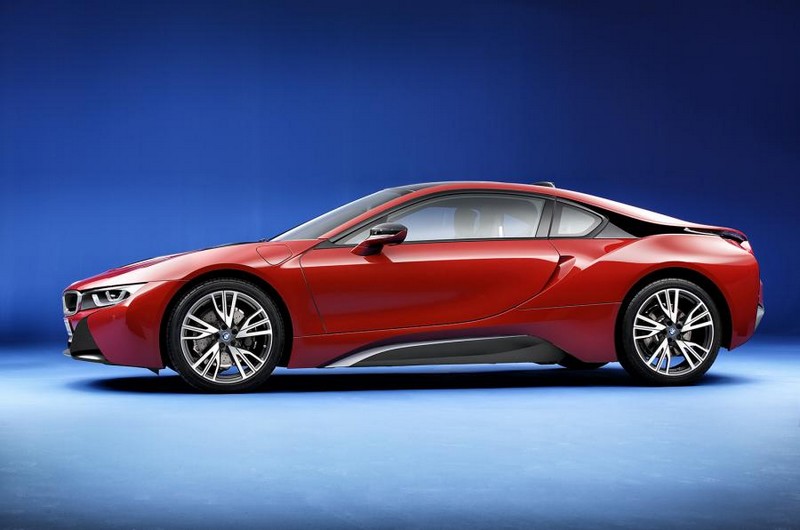 “The success of the bmw i8 speaks for itself,” said Ian Robertson, bmw AG Board Member for Sales and Marketing. “It is already the world’s most successful hybrid sports car and has comfortably exceeded our own expectations. I can think of no better illustration of the relevance of our young bmw i brand.” And the bmw i8 is about to add further lustre to its appeal with exclusive special-edition models poised to be unveiled for the first time at the 2016 Geneva Motor Show. 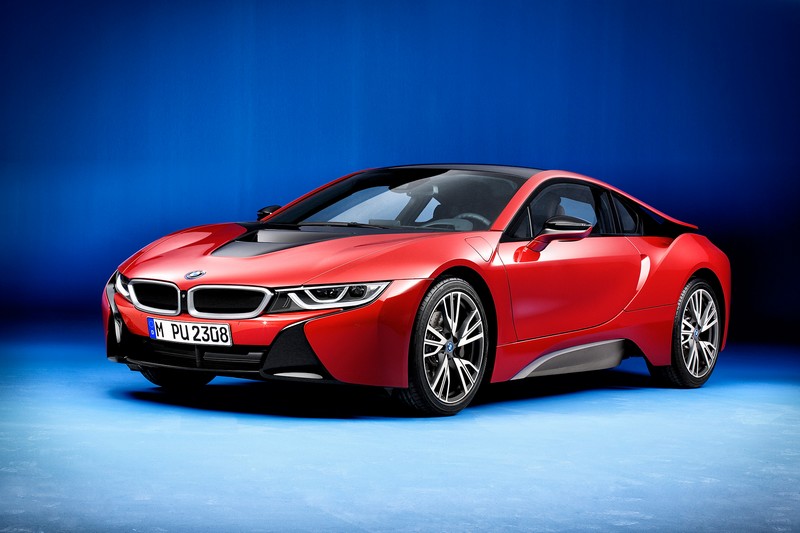 The first in this line of special-edition models is the bmw i8 Protonic Red Edition. Like those set to follow in its tyre tracks, it is only available for a limited period. This take on the 2+2-seater with carbon-fibre-reinforced plastic (CFRP) passenger cell and efficient BMW eDrive drive system technology will be produced at bmw Plant Leipzig from July; it sports a Protonic Red paint finish with accents in Frozen Grey metallic. The colour scheme is complemented by bmw W-spoke 470 light-alloy wheels painted in Orbit Grey metallic with hubs painted in Aluminium matt and mixed-size tyres (front: 215/45 R20, rear: 245/40 R20). Inside the inaugural special-edition i8, red double-stitching and applications in high-grade carbon fibre and ceramic provide indications of its exceptional sporting character. 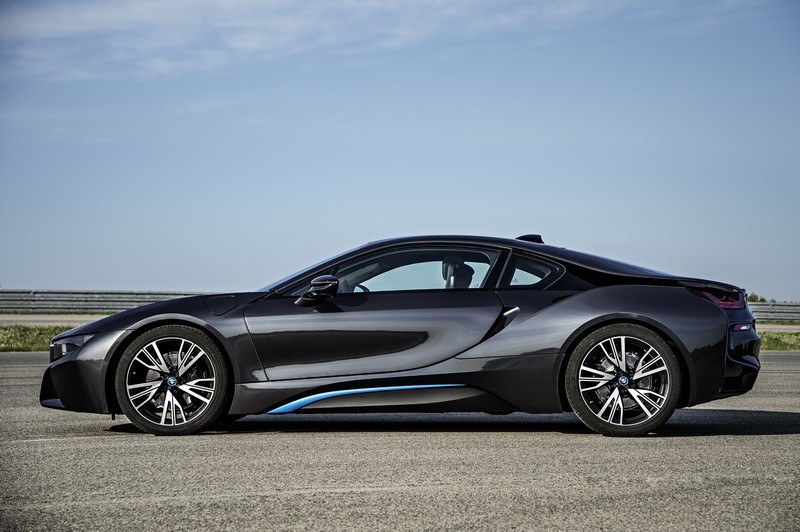 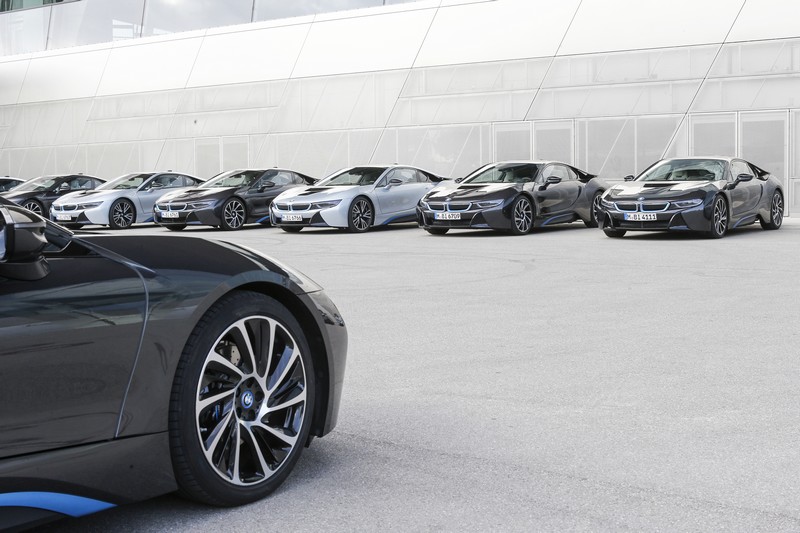 In its launch phase, the bmw i brand and its bmw i3 and bmw i8 models garnered more awards and accolades than any other brand in automotive history. Among the distinctions amassed by the bmw i8 are an International Engine of the Year award for both its TwinPower Turbo three- cylinder engine and overall hybrid drivetrain. The bmw i8 was also voted World green Car of the Year and green Luxury Car. And it received the Paul Pietsch Award presented by German motoring magazine “auto motor und sport” in recognition of the most innovative technical concept. No other vehicle has ever picked up such a large number of awards in such an array of different disciplines. 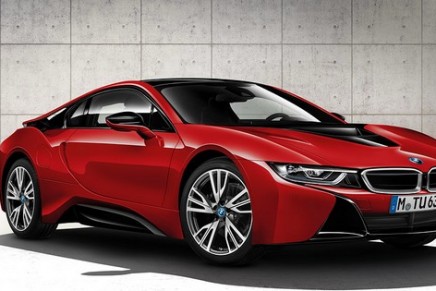 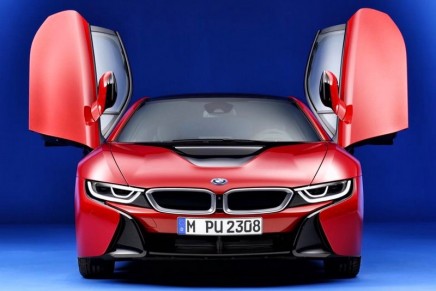 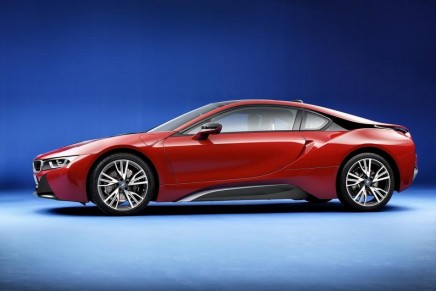 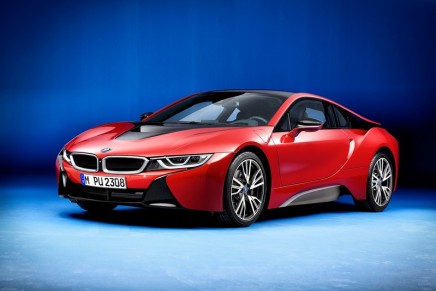 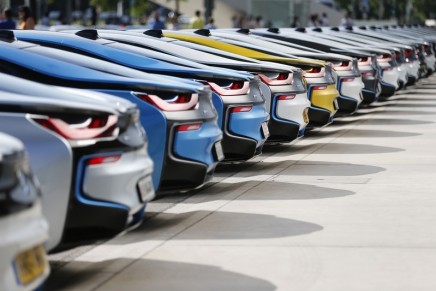 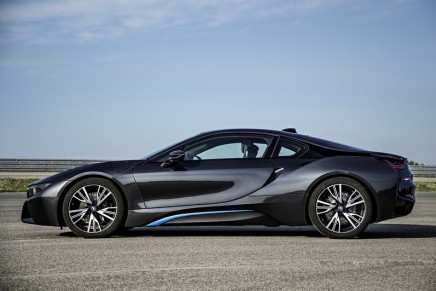 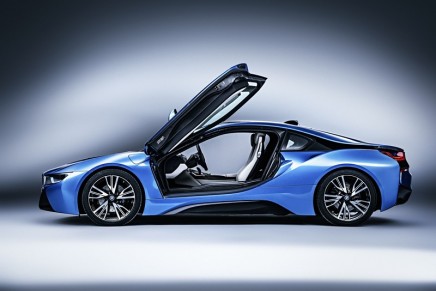 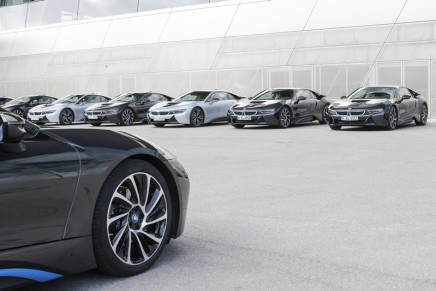 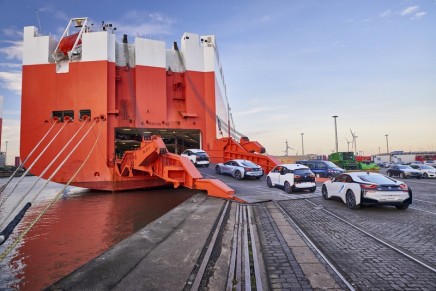 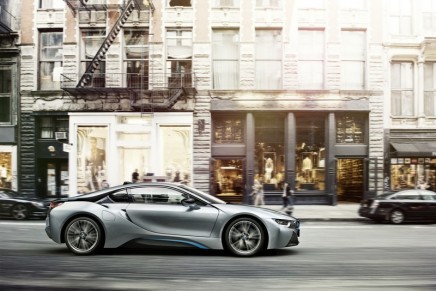 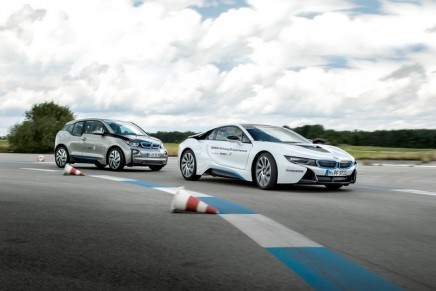 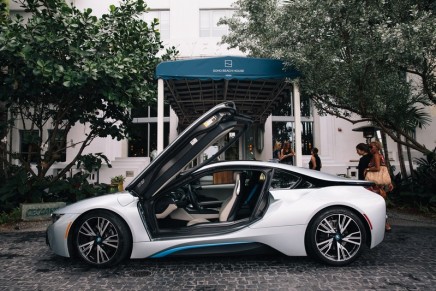