Michelle Williams returns as the face of Louis Vuitton. 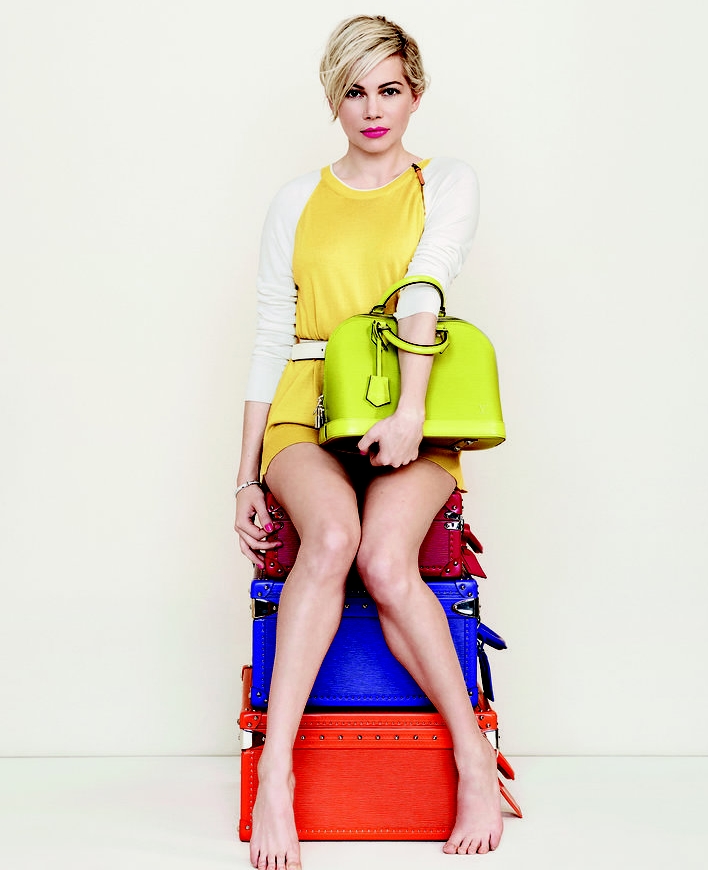 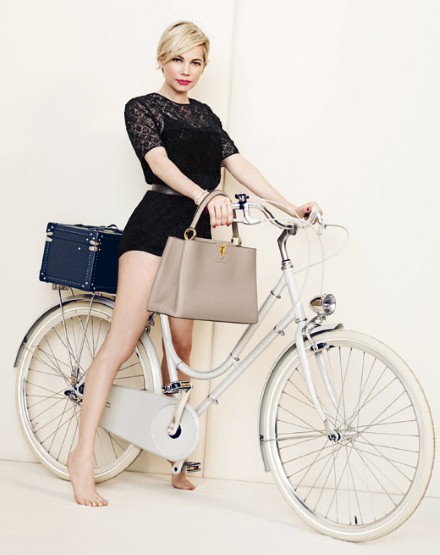 33-year-old Michelle Williams returns as the face of Louis Vuitton in a playful campaign shot by Peter Lindbergh and styled by Carine Roitfeld. The actress gets on her bike for Louis Vuitton spring 2014 campaign accompanied by Louis Vuitton’s Lockit, Capucines, and Alma bags, “three different facets of femininity” according to the luxury house.

Originally launched in 1958, the Lockit bag was unearthed in the brand’s archives in 2006. Capucines imposes a serious look, while the Alma’s colorful mix of Epi leathers is coming with nonchalant looks.

For Louis Vuitton, Michelle Williams is a friend of the House, a “woman who embodies the unexpected through her personality and the care she takes in her choice of roles.”

The actress was singled out by Louis Vuitton for the independent spirit with which she has forged her path through the Hollywood star system. From Ang Lee’s Oscar-winning Brokeback Mountain (2005), Michelle Williams went on to give critically acclaimed performances, as it was the case with her role as Marilyn Monroe in My Week with Marilyn, for which she earned a Golden Globe and her third Oscar nomination. In 2013, Williams finished filming a big screen adaptation of “Suite Française” by Irène Némirovsky. 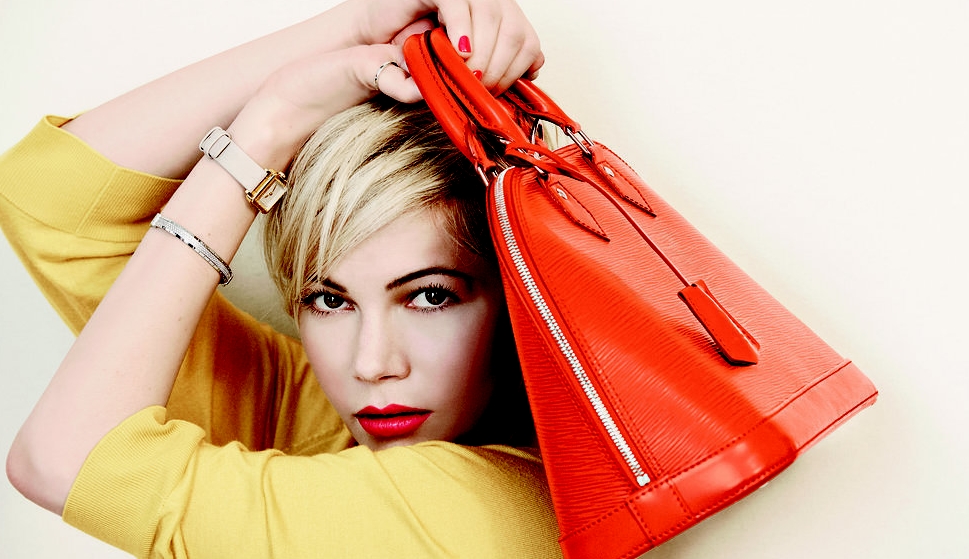 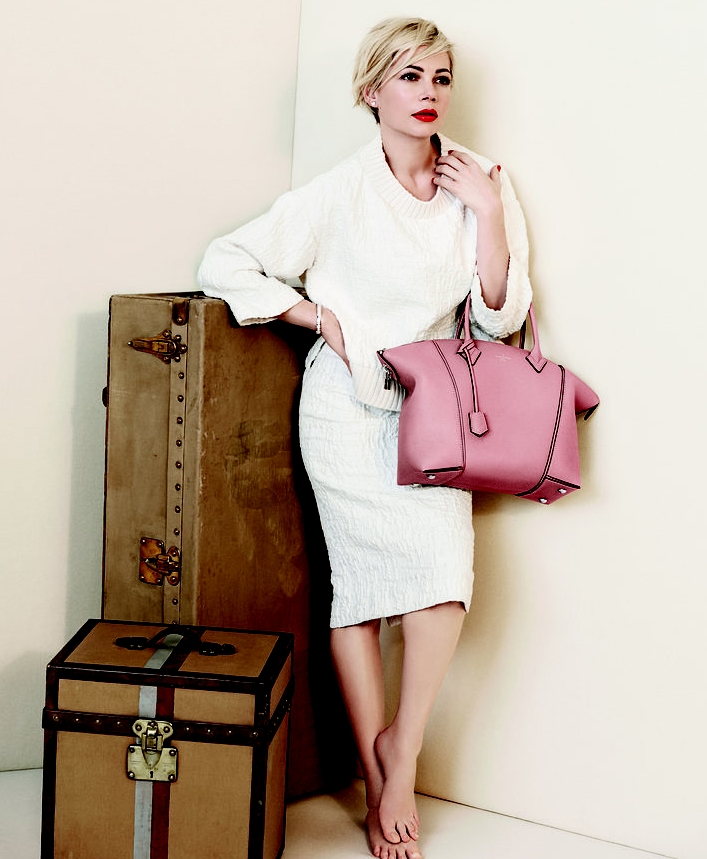 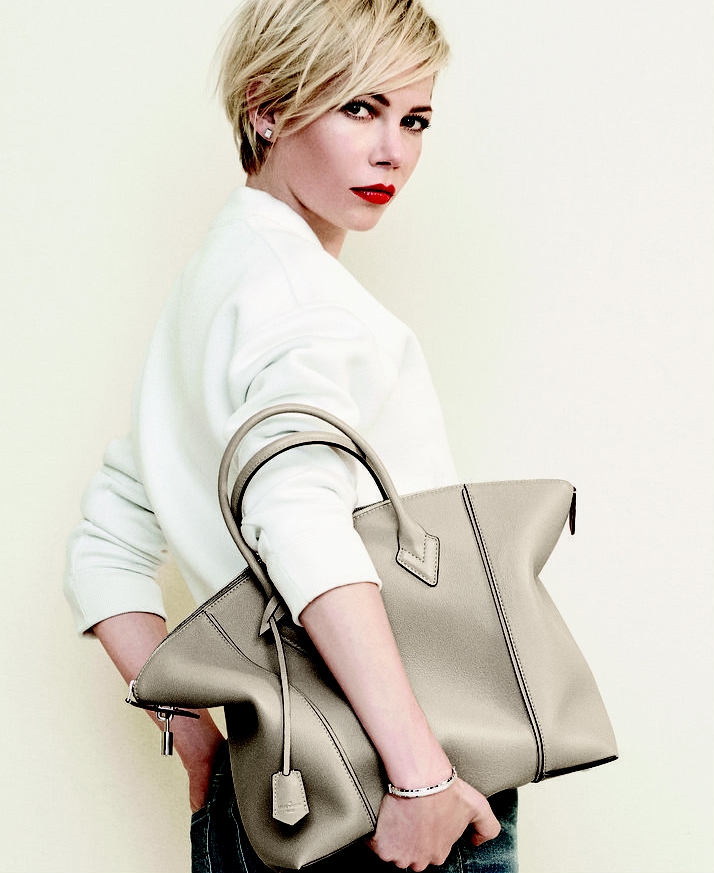 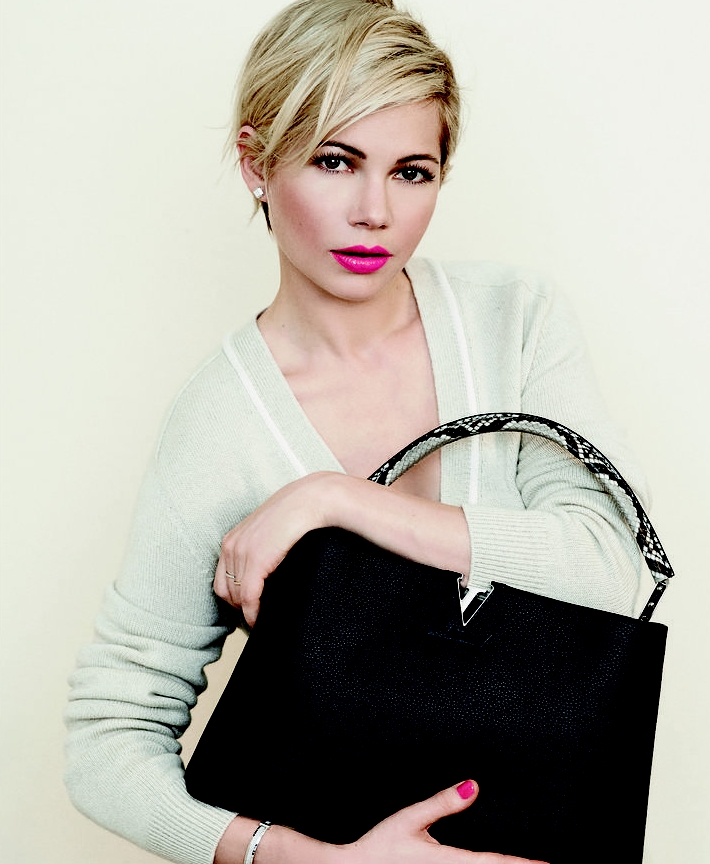