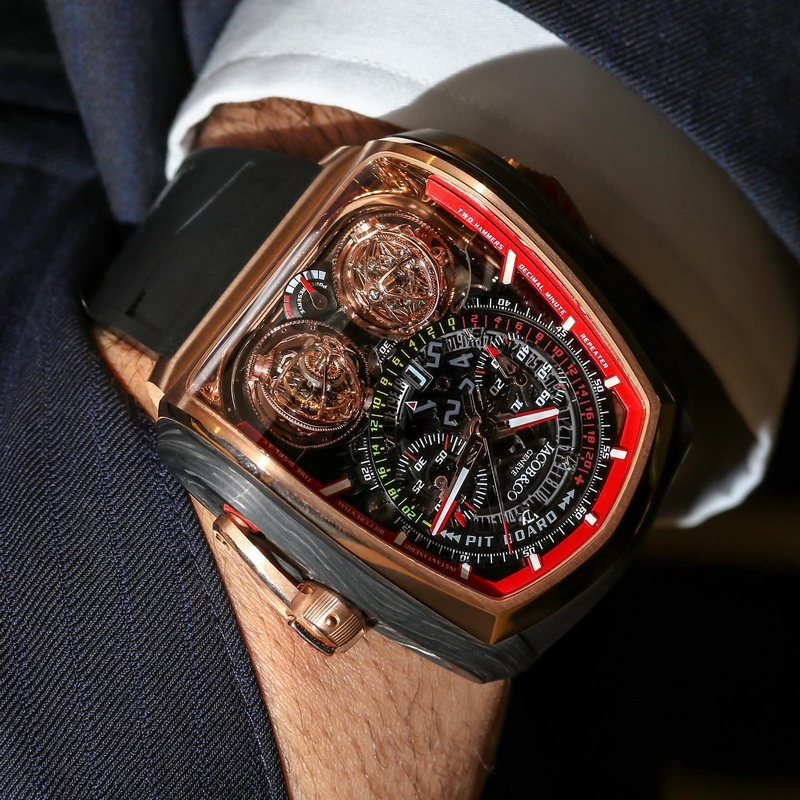 The nickname “Watch of All Extremes” says it all. Jacob&Co watches wows the world with this uber-complex and visually spectacular (to say the least) Twin Turbo Furious. This beast of a watch features a staggering combination of watchmaking complications: a double triple-axis tourbillon, a decimal minute repeater, a chronograph… and more.

The complex case is made of 88 parts. The watch is wound up through the crank placed on the crown at 3 o’clock. The minute repeater slide is located at 9 o’clock. The dial is smoked sapphire crystal allowing a view of the movement’s intricacies. Running at 21,600 vibrations/hour, the Twin Turbo Furious has a 50-hour power reserve, which is displayed at 6 o’clock in between the tourbillons. It is made of no fewer than 832 parts, including 75 jewels.

“The tourbillons, from innermost to outermost, rotate once every 24 seconds, eight seconds, and 30 seconds, and watching them in action is both unsettling and weirdly exhilarating, like eating fugu, or inhaling nitrous oxide,” commented Hodinkee. 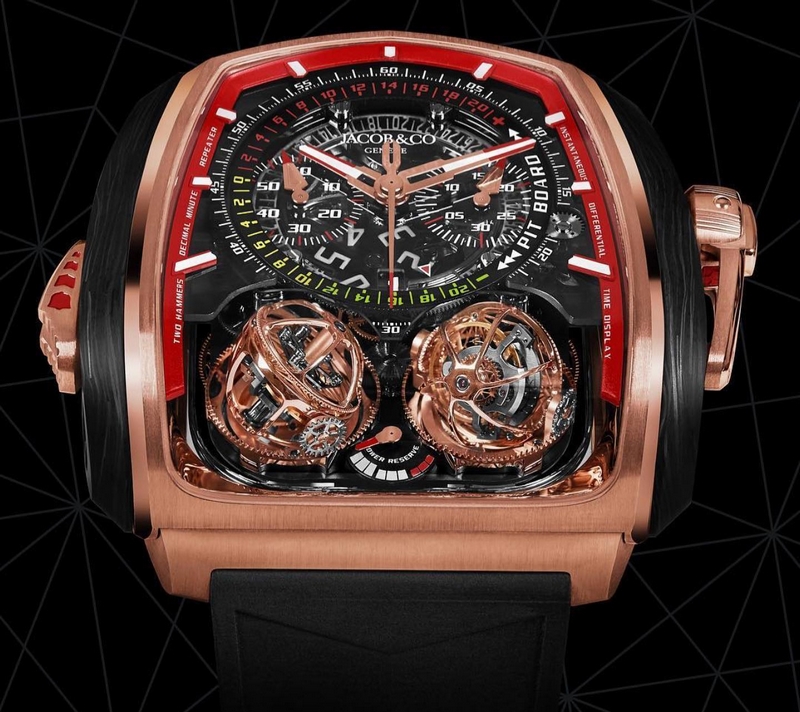 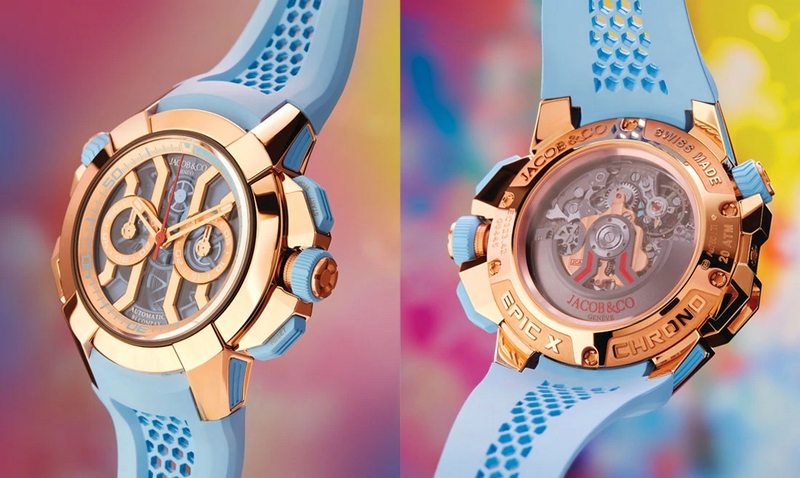 Allow Twin Turbo Furious to take your breath away by visiting the exclusive Jacob & co Haute Horlogerie pop-up at Watches of Swizterland at Hudson Yards. 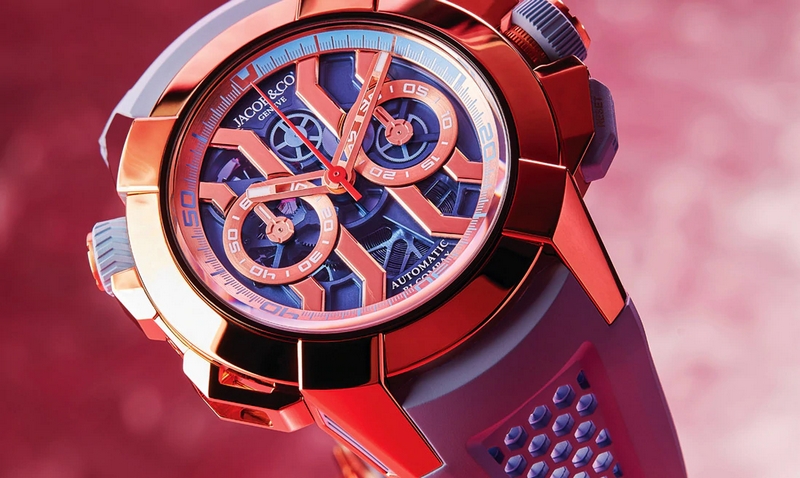 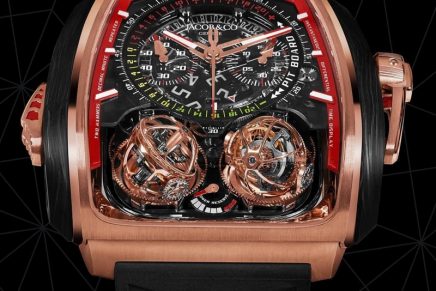 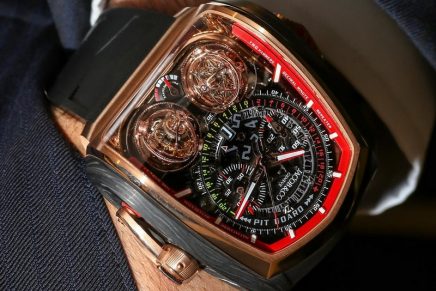 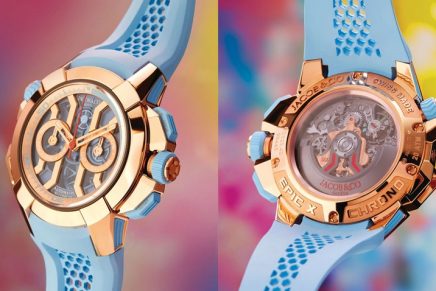 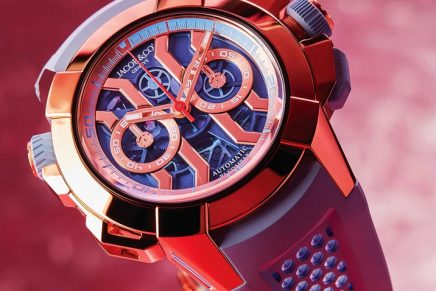