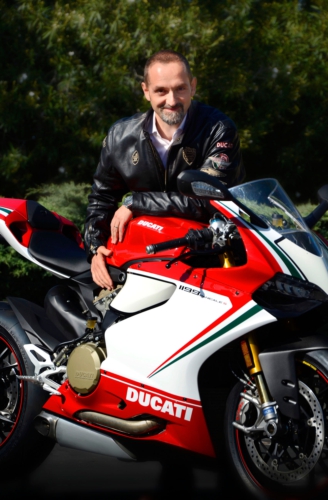 Ducati North America reported a retail sales increase of 49 percent in May, reaching 1,782 new motorcycles sold and marking the company’s all-time monthly record. This result surpassed the prior record set in June 2008 by 388 motorcycles or 28 percent. YTD retail sales growth of 19 percent to 4,844 units also marked an all-time record for the January-May period, with consistent growth across all motorcycle segments.

May 2012 sales results were buoyed by the introduction of two new models, the groundbreaking 1199 Panigale and the Streetfighter 848, combined with the continued success of the high-end Multistrada and Diavel families.

Ducati’s range of motorcycles are divided into model families which include: Diavel, Hypermotard, Monster, Multistrada, Streetfighter and Superbike.

These authentic icons of “made in Italy” are sold in over 80 countries around the world, with concentration on the European, North American and Asia Pacific markets. Ducati competes in both the World Superbike Championship and, with an official team, the World MotoGP Championship. In Superbike Ducati has won 17 Manufacturers’ titles and 14 Riders’ titles and in 2011 passed the historic milestone of 300 race victories. Ducati has participated in MotoGP since 2003, and took both the Manufacturers’ and Riders’ titles in 2007.