Berlin Wall Rebuilt with 8000 balloons. The countdown is on.Berlin Commemorates the 25th Anniversary of the Fall of the Berlin Wall from 7-9 November. 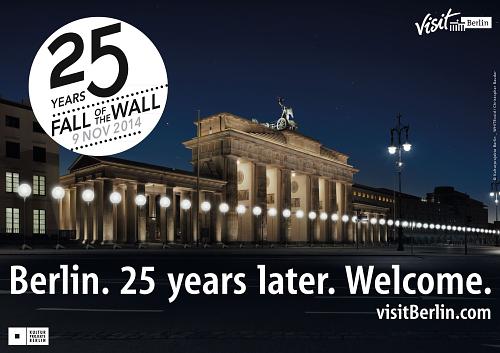 From 7-9 November, 8,000 illuminated balloons will change Berlin’s face. They will line a “Lichtgrenze” (border of light) along the former path of the Berlin Wall from Bornholmer Straße, past Brandenburg Gate and Checkpoint Charlie. Residents will reminisce, while in the reunited city.

Hearing Stories, Understanding History: The balloons are the visual centerpiece of the celebrations. But the commemoration is much more about the people. The celebration’s theme “Mut zur Freiheit” (“The Courage to Seek Freedom“) remembers those who made the peaceful revolution of 1989 possible. With 100 informational displays along the light installation, the Robert-Havemann Gesellschaft will help visitors remember the stories of those who were separated by the Berlin Wall and those who died trying to cross it. 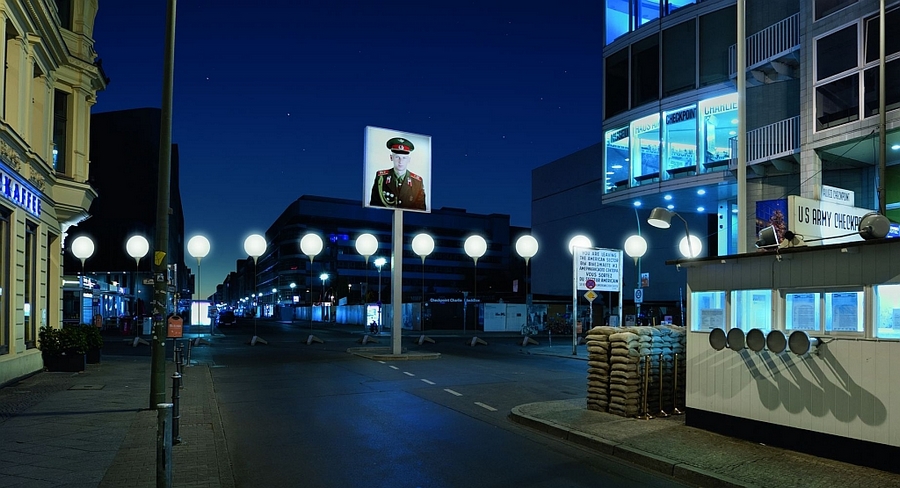 In addition, numerous guided tours will be offered in English, starting respectively at the Mauerpark, Checkpoint Charlie and the East Side Gallery. They will cover stories of division, escape and a city healing its wounds. Furthermore, volunteers from “Service in the City” are also glad to share their own memories about the Wall era.

Finally, the festival on 9th November in front of the Brandenburg Gate will offer concerts, as well as interviews with contemporary witnesses. At 7.00pm, the highlight of the anniversary weekend will begin with Beethoven’s “Ode to Joy”. Then the balloons will be released from their poles and rise into the Berlin night sky. 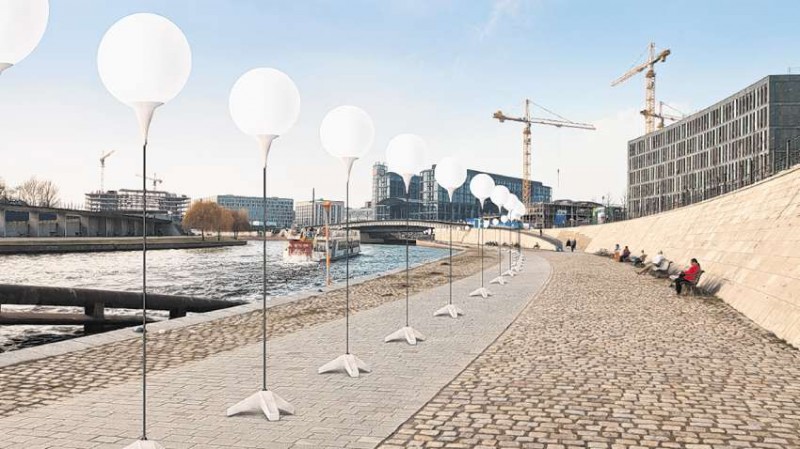 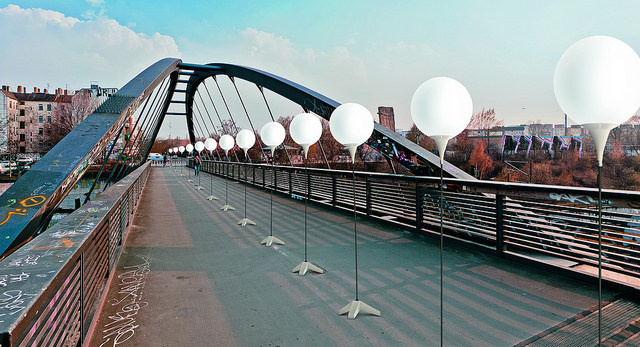