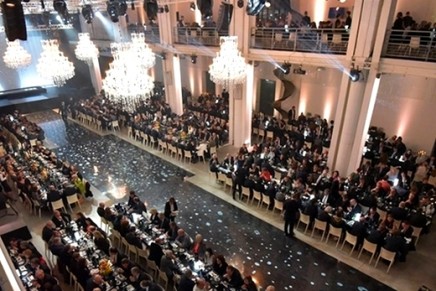 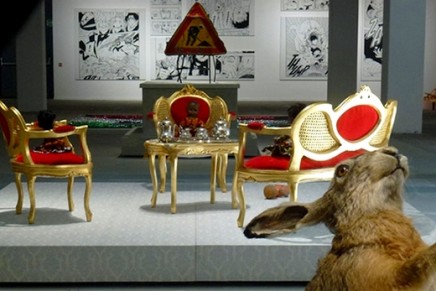 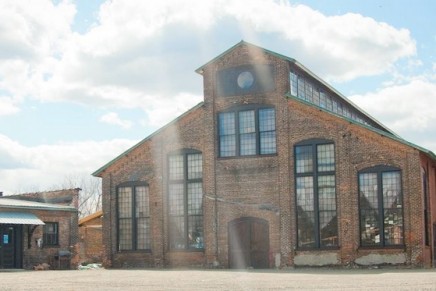 This article titled “10 of the best industrial-chic spaces worldwide” was written by Will Coldwell, for The Guardian on Monday 7th March 2016 06.30 UTC

In Lyon’s regenerated docklands area, La Confluence – already a hotbed of industrial buildings repurposed into restaurants, bars, galleries and boutiques – you’ll find La Sucrière, a huge arts and music space on the riverbank. As the name suggests, the building was formerly a storehouse for sugar. Now it is the lead venue of the Lyon Biennale and has 9,000 sq metres of space across three floors. The rooftop bar and club, Le Sucre, is probably the best attraction for the casual visitor, where you can enjoy an alfresco drink on the Saône in architecturally striking surroundings, and, inevitably, dive into the club space for a night of partying. The club hosts international DJs – from Ben Klock to John Talabot – as well as live music.
• 49-50 Quai Rambaud, lasucriere-lyon.com

Everything that warehouse conversion dreams are made of, and the kind of space that forces you to use the word “space” far too often when describing it (prepare for more of that on this list …), the Basilica Hudson is a repurposed foundry two hours inland from the Big Apple on the Hudson River. Founded as a non-profit multidisciplinary art space in 2010, the Bascilica now acts as a venue for “unconventional art experiences”. The gaping, hangar-like structure hosts regular weekend events to draw people from the city. These include the “Farm and Flea” markets, regular screenings of films from sci-fi to John Waters and concerts that have so far included artists such as Grimes, Godspeed You! Black Emperor and Angel Olsen. A highlight of the year’s programming is the annual Basilica Soundscape festival: a weekend of multimedia arts and music that transforms the blank space of the Basilica into an incubator of experimental sounds.
• 110 South Front Street, Hudson, basilicahudson.org

Paris isn’t the kind of city you associate with vegan food in a squat under a motorway but “zero waste” canteen Freegan Pony, which opened last year, is there to challenge expectations. Diners sit in a gloomy, yet magnificent 500 sq metre storehouse; with gridded concrete ceilings and brick walls, eating on long communal tables on mismatched furniture. The restaurant was conceived by 32-year-old Aladdin Charni and brought to life with the help of a group of volunteers, all focused on raising awareness about food waste. Eight professional chefs volunteer throughout the week, cooking up leftover food collected from Rungis, a huge wholesale food market on the outskirts of the city. The menu changes daily, based on the food the team can find and though it couldn’t be further from your typical Parisian bistro, it’s been a roaring success; if you want to dine there, be sure to book (you can do this via its Facebook page).
• Place Auguste Baron, 75019, Facebook

With an illuminated cross at the far end, you’d be forgiven for mistaking Librairie Avant Garde for a church. But as the owner (who does, to be fair, happen to be Christian) of this vast bookshop in a former underground car park puts it: “Reading is our religion.” The floor of the 3,780 sq metre bookshop is still marked with the yellow lines and parking spaces that remind you of its former use and the space has a refined, clean, minimalist look; red piping snakes around the walls and ceilings and the shop has displays and exhibits of aesthetically beautiful books. Of course, in a shop that pitches itself as an intellectual retreat, there’s also a coffee shop.
•173 Guangzhou Lu, +86 25 8371 1455, no website

Amsterdam isn’t short of chic, repurposed industrial spaces, but one of the most impressive is this modern restaurant (despite the name, it’s definitely not a hotel) found in a former car garage in a block of warehouse buildings in the city’s Noord district. Diners sit on 60s-style polyprop stacking chairs beneath a dramatic modern chandelier made from hundreds of glass milk bottles that float in the middle of the high-ceilinged structure. The food is contemporary, seasonal French cuisine and though the whole outfit may seem a little pretentious, the laid-back staff and layout of the seating fosters a distinctly relaxed, almost communal atmosphere in the restaurant. Nearby Restaurant Stork offers a similar vibe; fresh seafood served up in another converted brick factory and, over in the West is one of the city’s latest additions to this genre; club, restaurant, exhibition space and gym De School. Created by the team behind Trouw – the renowned nightclub found in a beautiful old newspaper factory – De School occupies the modernist building of an old technical school, with big glass window panes and plenty of grey concrete.
• Aambeeldstraat 10 H, 1021 KB Amsterdam Noord, hoteldegoudfazant.nl

As in any city or neighbourhood whose art scene has blossomed, the east German city of Leipzig has found its former industrial buildings given new life by its creative residents. The best known of these is the Spinnerei, a huge complex of red-brick factories that was central Europe’s largest cotton spinning mill. Production declined in 1992 and since then various spaces have been slowly occupied by artists, designers, architects, musicians and other creatives. In the last decade the Spinnerei has gained wider prominence with the opening of exhibition spaces from international galleries. Of these, Hall 12 is a huge, light space used for guest exhibitions. Bigger still is Hall 14; a vast 20,000 sq metre former production hall that has exhibitions, events and an art library. While individual galleries run their own programmes, you can also go on guided tours of the site to get a feel for the history and development of the area. Elsewhere in Leipzig is the Kunstkraftwerk, a former power plant that’s been transformed into another art space, marking the latest major cultural project for the city.
• Verwaltungsgesellschaft mbH, Spinnereistrasse 7, spinnerei.de. Tours of the Spinnerei run Tues-Fri and must be booked in advance

Occupying a light, beautifully renovated warehouse, Mikser House has become Belgrade’s most prominent arts centre since opening in the run-down Savamala neighbourhood in 2013. It joins another venue in the post-industrial area: KC Grad, which has a bar, exhibition space, hosts club nights and has been an important catalyst for the city’s independent creative scene. While the atmosphere at KC Grad is more low-key – lampshades made from recycled plastic and a casual, younger atmosphere – Mikser is sharper and slicker, with tables displaying work by Serbian designers for sale, a cafe (with excellent coffee, of course) and places to flick open your laptop and work. In the evenings the space is transformed for theatre, performances and parties.
• Karadjordjeva 46, Facebook

The year Detroit declared itself bankrupt, 2013, was the same year the Russell Industrial Complex, a century-old factory space, began transforming into the creative village that it is today. Now it’s one of the largest artistic communities in the midwest, supporting everyone from furniture-makers to fashion designers. The prolific seven-building complex captures the essence of Detroit as it begins to carve out a new identity – beyond that of car manufacture. And the spaces are incredible: vast corridors lined with traditional factory windows, huge warehouse spaces and an old-fashioned water tower that looks over the network of buildings. Though it is predominantly used as a workspace for artists, there are regular events – from block parties to open studios – for those who want to explore, with the biggest being the annual People’s Arts festival.
• 1600 Clay Street, russellindustrialcenter.com

Considering this concept store is the work of Tokyo’s king of cool Hiroshi Fujiwara –regarded as the “godfather” of Harajuku street fashion – it’s no surprise what an incredibly chic joint this space has turned out to be. The shop transforms an unused swimming pool in a run-down 1970s apartment block into a clean, light, almost-futuristic environment that still preserves past features. The sunken pool area is the centrepiece of the shop, with glass flooring fitted across the base. Meanwhile, the stripped-down walls have been left bare, apart from sections still lined with blue and white tiles. Architect Nobuo Araki – who has worked on designing galleries in the past – collaborated with Fujiwara to create the shop, which fosters an atmosphere that’s familiar yet subtly altered, a fitting space for the impeccably designed clothing and products on display within it.
• Chateau Tokyo Minami Aoyama 1F, the-pool-aoyama.com

If you’ve ever wanted to see a massive wall of books, Ler Devagar (Portuguese for “read slowly”) is a good place to get your fix. Ler Devagar occupies an old fabric factory; books are stacked almost to the top of the high ceiling, while industrial metal walkways and stairs take you up to the first floor and around the shop. As with Librairie Avant Garde, it’s quite different in tone to the musty, dark, Black Books-esque bookstores that make up most literary fantasies, but in many ways the repurposed interior triggers the imagination in exactly the way a bookshop should do. Dotted with sculptures – the most prominent being a flying bicycle hanging from the ceiling – the shop also has two bars, making it a beautiful social and creative environment to immerse yourself in. Ler Devagar is part of the LX Factory complex in the Alcântara neighbourhood, now an “island” of art, fashion and design spaces – including newer party spots such as Village Underground Lisboa – all below the 25 de Abril bridge, an ominous 1960s construction that sweeps over the Tagus River and into the city.
• 1300 Rua Rodrigues de Faria 103, lerdevagar.com