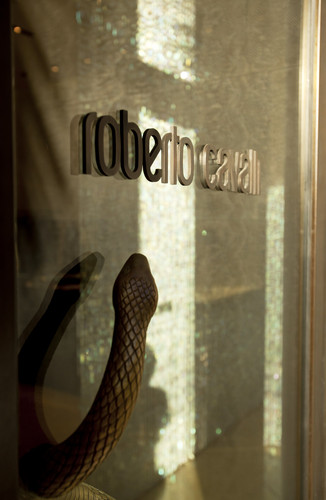 Luxury-goods companies should brace for weaker growth in 2012 as Europe’s sovereign debt crisis leads to a slowdown in spending, according to Gianluca Brozzetti, chief executive officer for designer Roberto Cavalli.

“To say it won’t have an effect is madness,” Brozzetti said in an interview in Milan. The debt crisis “will definitely have an impact on consumption” of luxury goods, particularly in Europe, the executive said.

Cavalli, the Florence, Italy-based maker of 1,485-euro ($2,000) leopard-print dresses, still plans to open as many as 12 stores next year, though “financially speaking, a contingency will be put aside,” Brozzetti said. “Psychologically, it will lead people to be cautious,” he said in reference to the debt crisis.

Luxury companies still have cause for optimism after the industry grew by 20 percent in the first half of 2011, according to Antoine Belge, an analyst at HSBC.

Growth in Asia and Latin America, where European luxury – goods makers have been expanding their store networks, is reason for optimism. Not only are these countries accounting for an increasing proportion of sales, Asian and Latin American tourists are boosting demand in Europe and the U.S.