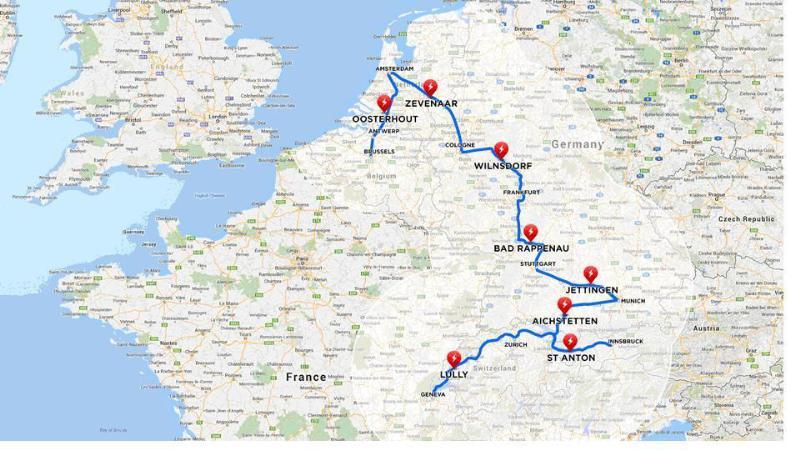 Tesla officially opened new Supercharger locations connecting the Netherlands, Germany, Switzerland, and Austria. These newly-energized routes will enable Model S customers to enjoy free, convenient, 100 percent electric trips on the German Autobahn and to destinations in the Alps and elsewhere.

The accelerated energizing of Superchargers in Germany (Wilnsdorf, Bad Rappenau, Aichstetten and Jettingen), Switzerland (Lully), Austria (St. Anton) and the Netherlands (Zevenaar and Oosterhout) represents a new milestone in the expansion of the European network.

In Germany, Superchargers connect Cologne, Frankfurt, Stuttgart and Munich. They also connect the German network to Amsterdam, Zurich, and Innsbruck. In the Netherlands, energized routes connect Amsterdam to Cologne and Brussels, and in Switzerland the stations connect Zurich and Geneva.

The Tesla Supercharger is providing up to 120 kilowatts of DC (Direct Current) power directly to the Model S battery using special cables that bypass the onboard charging equipment. Superchargers replenish half a charge in about 20 minutes. Supercharger stations are strategically placed along well-travelled highways to allow Model S owners to drive from station to station with minimal stops. They are located near amenities like roadside restaurants, cafes, and shopping centers so drivers can stop for a quick meal and have their Model S charged by the time they’re done. 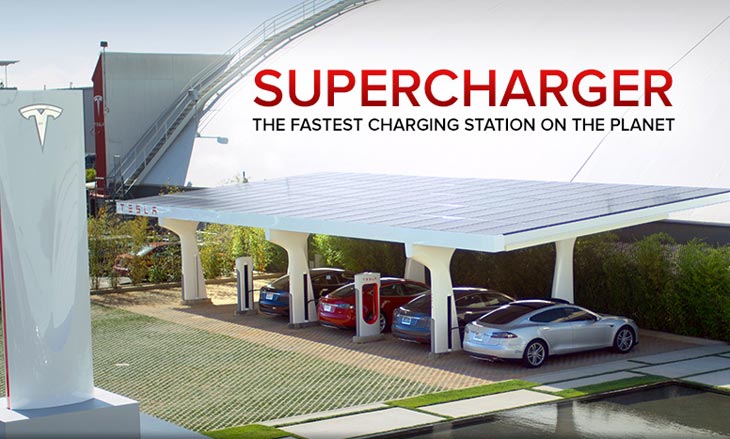