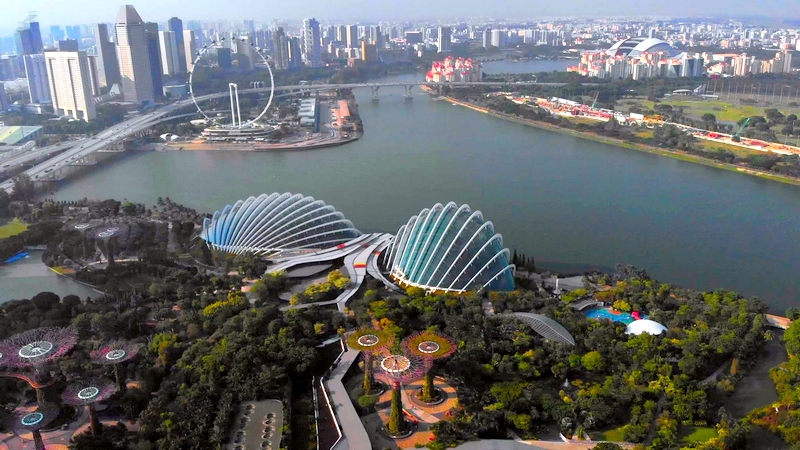 Amid a rebounding stock market and economy, 36 tycoons on the 2021 Forbes’ Singapore Rich List saw their wealth rise. This year the list has 42 fortunes worth US$1 billion or more. The combined net worth of the country’s 50 richest rose to $208 billion, up 25% from $167 billion last year. The complete list can be found here, as well as in the August issue of Forbes Asia.

After shrinking 5.8% in 2020, Singapore’s economy has revived and is expected to grow 6% to 7% this year. Regarded as one of the safest havens amid a global pandemic, the country is looking to ease border restrictions as vaccinations rise but remains on alert for any new upticks in Covid-19 infections. Despite uncertainties, the benchmark Straits Times Index rose 26% since fortunes were last measured a year ago.

Li Xiting of Shenzhen Mindray Bio-Medical Electronics takes the top spot on the list for the first time; he is at No.1 with a net worth of $23 billion. With the coronavirus still at large, shares of his company, a maker of high-tech medical devices, rose 19% since last year, adding $5.2 billion to his net worth.

Facebook cofounder Eduardo Saverin added $6.5 billion to reclaim the No. 2 position after a two-year gap, with a record $20.5 billion fortune. Occupying third place on the list is paints tycoon Goh Cheng Liang, whose net worth rose $3.8 billion to $18.6 billion. His oldest son Goh Hup Jin orchestrated a $12 billion deal that increased the family’s holding to a majority stake in Japan’s Nippon Paint Holdings.

Hotpot couple Zhang Yong and Shu Ping, ranked No.1 last year, slips to No. 4 with a net worth of $16 billion, down from $19 billion previously. Shares of their restaurant chain, Haidilao International Holding, dropped nearly 17% the day net worths were locked in on news that the company’s performance was below expectations. They are among the seven listees whose fortunes declined.

Singapore’s efforts to foster a culture conducive to startups are paying off, as one-fifth of the list members are now self-made tech tycoons. Three among them, namely Forrest Li (No. 5, $15.9 billion), Gang Ye (No. 7, $10.3 billion) and David Chen (No. 13, $3.1 billion), cofounders of gaming and e-commerce firm Sea, are the biggest gainers in percentage terms after having more than doubled their individual wealth. The Sea trio have a collective wealth of $29.3 billion, up $16.7 billion from $12.6 billion from a year ago.

There are three newcomers this year. Making his debut on the Singapore Rich List is the Malaysian-born cofounder of Grab, Anthony Tan (No. 47, $790 million), who has previously featured among Malaysia’s richest. Tan, a Singapore citizen, is aiming to conclude one of the biggest SPAC deals later this year that values the Singapore-headquartered ride-hailing and delivery giant at $40 billion. Also new to the list are former college professor Shi Xu (No. 24, $1.8 billion), who became a billionaire following the October IPO of his NanoFilm Technologies International, and crypto billionaire Changpeng Zhao (No. 22, $1.9 billion), who has been living in Singapore since 2019.

There are three drop-offs on this year’s list, including pioneering shipping tycoon Chang Yun Chung, who died last September at age 102. His privately held Pacific International Lines, which was impacted by Covid-19 headwinds, concluded a debt restructuring plan in March that diluted the family’s holding to a minority stake.

The minimum net worth to make the list this year was $735 million, up from $610 million last year.

The top 10 richest in Singapore are:

The list was compiled using shareholding and financial information obtained from the families and individuals, stock exchanges, analysts and other sources. Unlike the billionaire rankings, this list includes family fortunes, including those shared among extended families such as that of Kwek Leng Beng and his cousins. Net worths are based on stock prices and exchange rates as of the close of markets on July 26, 2021. Private companies were valued based on similar companies that are publicly traded. The list can also include foreign citizens with business, residential or other ties to the country, or citizens who don’t reside in the country but have significant business or other ties to the country. For more information, visit www.forbes.com/singapore. 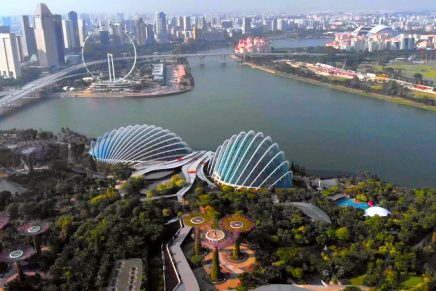 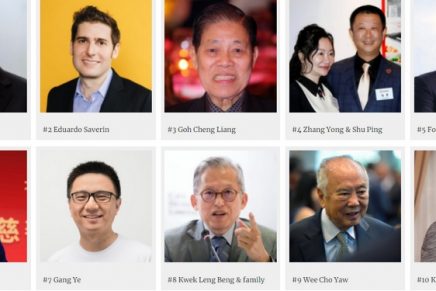