Mercedes-Benz has been building special protection vehicles since 1928 and thus for over 90 years. Customers of the new S 680 Guard 4MATIC benefit from these many years of experience. 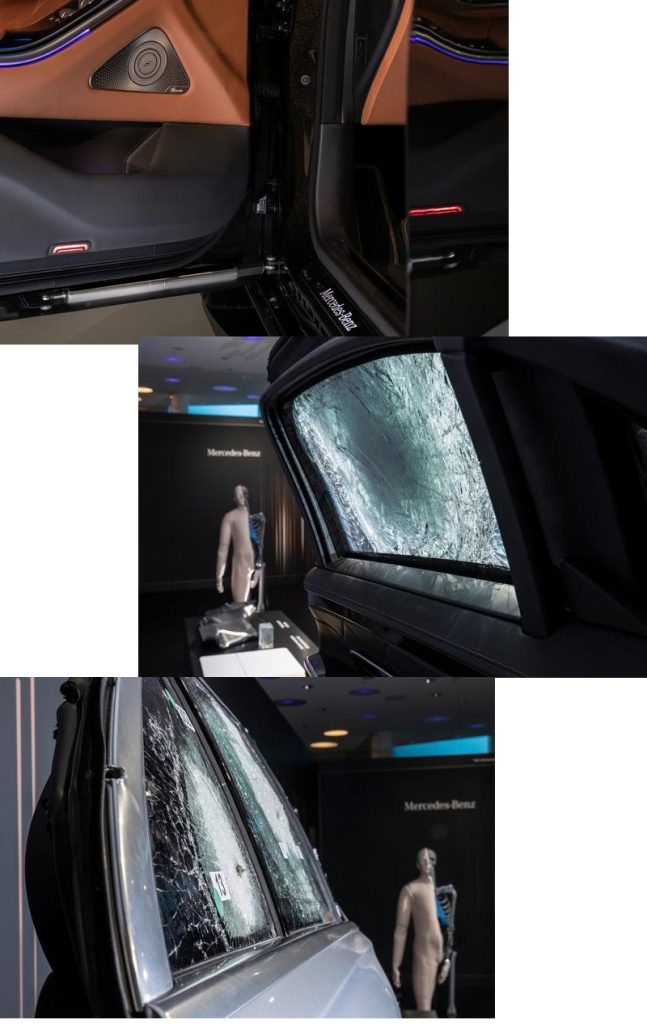 The S-Class Guard armoured luxury car can still cover up to 30 kilometres after a puncture thanks to Michelin PAX run-flat tyres. For weight reasons, the top speed is electronically limited to 190 km/h.

Mercedes-Benz has been building special-protection vehicles for over 90 years. It started way back with the 1928 Nürburg 460 model, when Daimler-Benz became the first company to begin factory-fitting saloons with special protective features to shield the occupants from gunshots and explosives. Mercedes-Benz also developed specially protected variants of subsequent luxury-class and prestige vehicles such as the “Grand Mercedes” 770 and the 500 model. The Japanese Emperor Hirohito personally chose an armoured “Grand Mercedes” as a befitting vehicle for his own use. This vehicle was delivered in 1935.

Many politicians and heads of state followed the emperor’s example and entrusted their safety and security to Mercedes-Benz special-protection vehicles. From 1965 onwards, the company offered numerous models with special protection. In addition to the legendary Mercedes-Benz 600 as a Saloon and Pullman Saloon, these included V8 models of the S-Class in the 1970s and 1980s, such as the 280 SEL 3.5, the 350 SE/SEL and 450 SE/SEL as well as the 380 SE/SEL to 560 SEL.

In 2016, the company presented the Mercedes-Maybach S 600 Guard, the first model to meet the highest level of protection for civilian vehicles with resistance class VR10.

The integrated protection system (iSS) reaches a new level: whereas the necessary protective materials were previously integrated into the standard bodyshell structure for the Guard saloons, a Guard-specific bodyshell of protective elements has now been developed. This self-supporting protective cell represents the core of the iSS. Ultimately, the (aluminium) outer skin serves as a design shell and ensures an inconspicuous appearance. In addition to the armouring, the iSS includes the adaptation of the suspension, engine and transmission to ensure handling that is virtually on a par with that of the series vehicle. Due to a parallel development process alongside the large-scale production models, the longevity of the Guard vehicles also reaches series production level.

The material and thickness of the multi-layer glass ‘sandwich’ meet the high requirements of the VR10 safety classification. The inner surfaces of the glass are coated with polycarbonate for splinter protection. Despite their comprehensive protective effect, they offer excellent visibility. And they have been integrated in such a way that they are not noticeable at first glance – another significant advantage of the integrated protection system.

The interior space also benefits from the elaborate iSS concept, as the comfort dimensions largely correspond to those of the long S-Class. As with the production model, it was possible to keep the joins in the bodyshell to a minimum, so fulfilling the “Seamless” claim of the Sensual Purity design philosophy. And when it comes to comfort and appointments, the four- and five-seater versions can both hold their own with their sister models: more than 80 individualisation options are available for the S-Class, from active ambient lighting and a media display featuring OLED technology through to a First-Class rear suite and rear airbag. There are almost no restrictions on trim parts and colour combinations. However, optional extras that contradict the protective purpose, such as a sliding sunroof, are not available.

“The S 680 Guard 4MATIC is one of the most customer-oriented products from Mercedes-Benz. That is because this special protection model focuses on people and their safety,” says Dirk Fetzer, Head of Product Management S-Class. “No other series-produced saloon fulfils the highest protection class for civilian vehicles quite as comprehensively. And at the same time quality and durability are at series standard, thanks to extensive development and testing activities. The new special protection version ‘protects what matters’.” 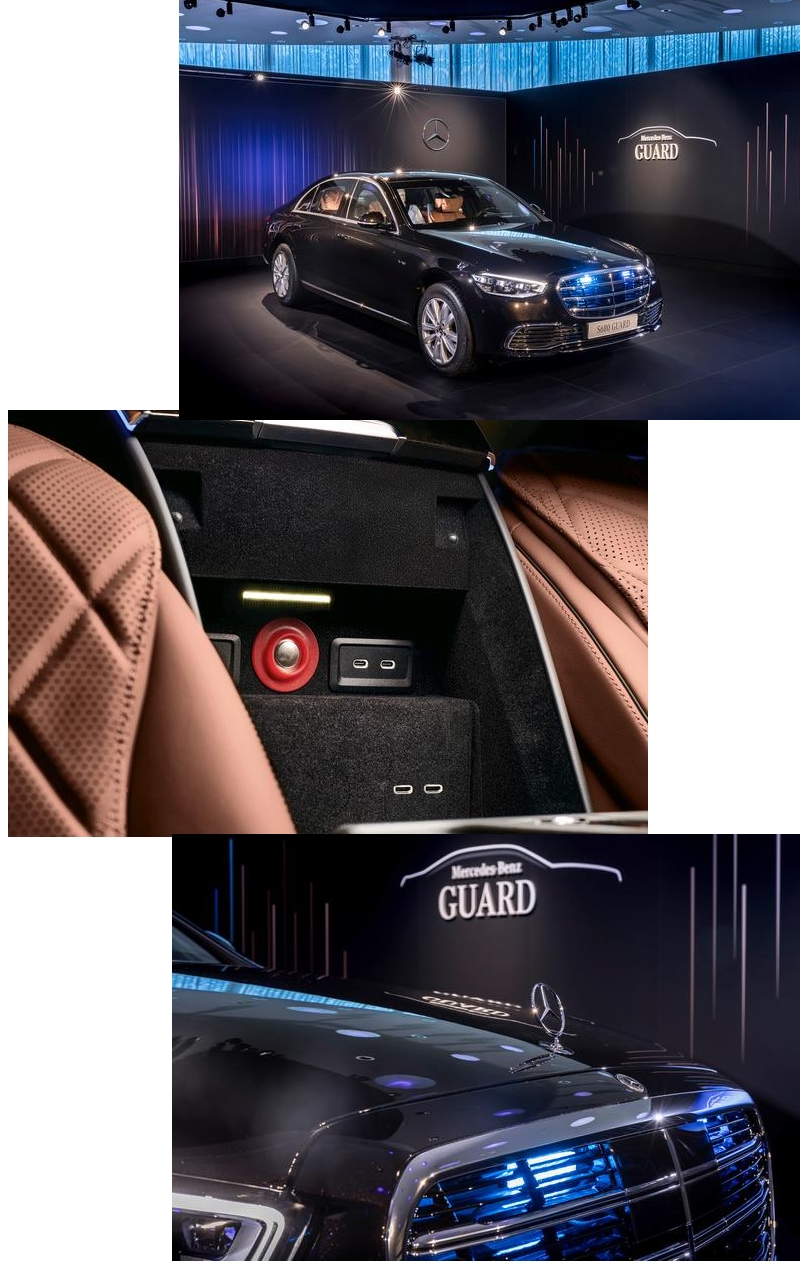 The S 680 Guard 4MATIC, for example, features newly developed door actuators. Although the doors are very heavy due to their armouring, this  electro-mechanical system means that only low operating forces are required when opening and closing. This applies not only on level ground, but also when the vehicle is on a slope. The stepless door arrest also proves its worth in this situation. The door’s sensor technology detects when and how it is to be moved or stopped. Algorithms from human-supporting robotics (cobots) are used. The system facilitates the work of the bodyguards in particular, and at the same time they can keep one hand free.

There is also a lot of intelligence in the hydraulically (instead of electrically) operated window lifters. Even if the on-board power supply fails, emergency operation is possible, i.e. closing in the event of an attempted attack. In each door there is a corresponding unit consisting of a compressor and valve block together with a pressure accumulator.

Other special equipment designed specifically for the S 680 Guard 4MATIC includes a fire extinguishing system with automatic triggering function and an emergency fresh air system that protects occupants from penetrating smoke or irritant gases and supplies them with fresh air. Other special Guard options include an extensive range of equipment for official authorities, such as a siren, flashing lights and radios, as well as a panic alarm system.

The Michelin PAX run-flat tyres are a standard feature. Even with defective tyres, it is possible to move out of the danger zone up to a distance of 30 kilometres.

All in all, the luggage compartment holds about 390 litres, as the (optional) refrigerator is located in the centre armrest in the rear. Behind it is an armoured firewall.

The V12 biturbo power unit has been extensively revised for its use in the new S-Class generation. The exhaust gas turbochargers, exhaust manifold and air ducting were all adapted. Also new is a closed-loop petrol-engine particulate filter. The V12 has an output of 450 kW/612 hp and a displacement of 5980 cc. The maximum torque is 830 Nm from 2000 rpm. The most important features of the engine include an all-aluminium crankcase, a one-piece chain drive, a forged crankshaft made of high-quality quenched and tempered steel, forged pistons and a multi-spark ignition system with twelve double ignition coils.

Features of the all-wheel-drive system, combined here for the first time with the twelve-cylinder engine, include a low system weight, optimum traction and driving safety, and the highest levels of ride comfort and driving dynamics. The standard torque distribution for this model is 31 percent to the front axle and 69 percent to the rear axle. Among other things, the all-wheel drive was adapted to the higher vehicle weight of the Guard version with stronger side shafts. 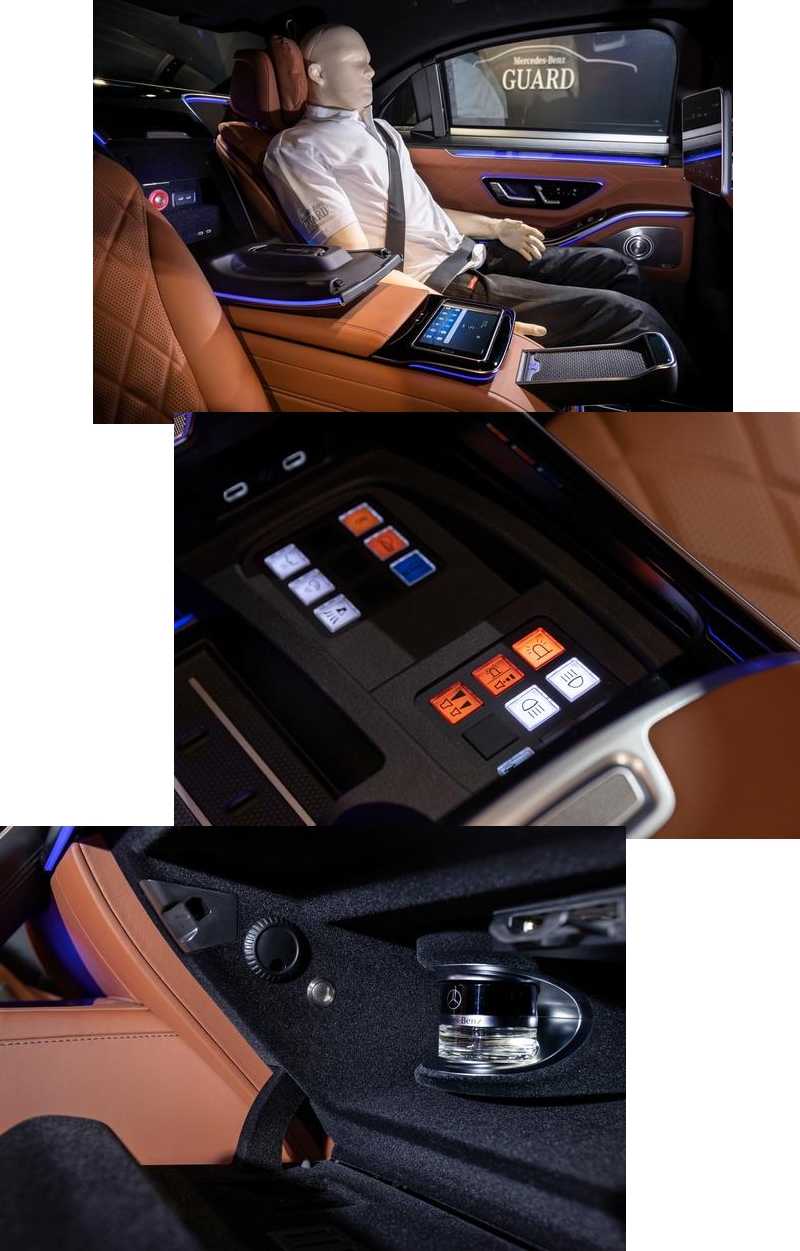 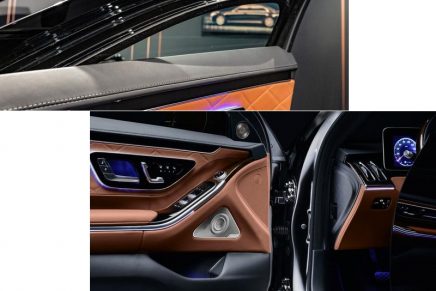 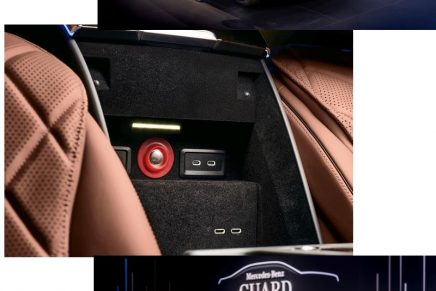 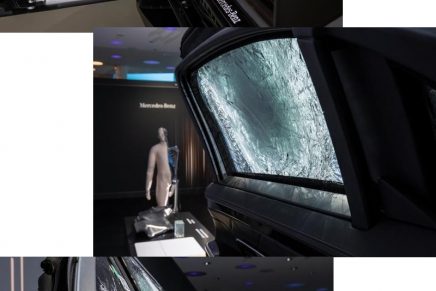 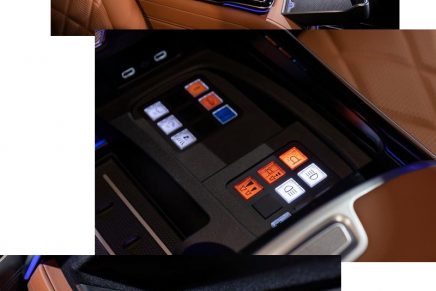