The Bulls legend, now the owner of the Charlotte Bobcats, has listed his house in Highland Park
Basketball superstar Michael Jordan’s longtime family home has gone on sale for a cool $29 million 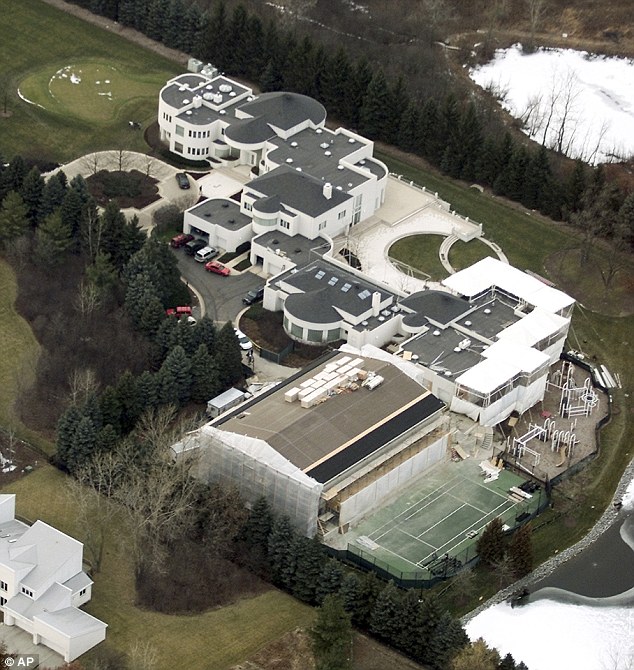 Michael Jordan‘s made-to-measure Chicago mansion goes on the market for a cool $29million. The suburban Chicago residence is the most expensive property in the area ever, reports dailymail. The private-gated residence where basketball superstar lived with his former-wife, Juanita, and their 3 children is to be sold furnished.

According to Chicago Tribune, the secluded compound, built in the mid-1990s and renovated in 2009, encompasses more than 56,000 square feet and includes nine bedrooms, 15 full baths, four half baths and five fireplaces spread between a main house and a connected guesthouse. The property also includes an indoor-outdoor entertaining and pool area, an outdoor tennis court, a putting green, a deep water pond and three climate-controlled garages that hold 15 cars.

And then there’s the attached indoor basketball complex. The facility, completed in 2001, has a full-size regulation basketball court.

“The target buyer is someone who would appreciate the privacy and luxury of the property, as well as its myriad and exceptional features and amenities. Michael has chosen to sell for a variety of personal reasons.  He’s building a new house in Florida and has decided it was time to downsize” said listing broker Katherine Chez Malkin of Baird & Warner Real Estate.