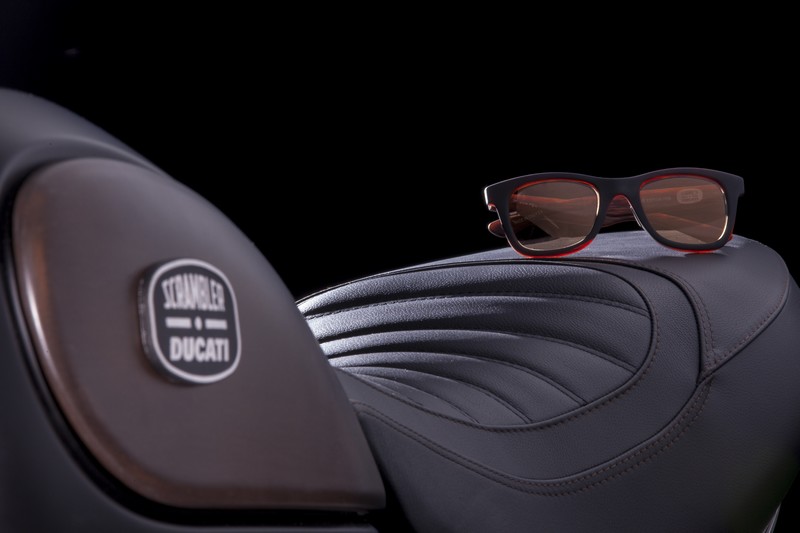 While the new Ducati Scrambler Italia Independent is an original, unique interpretation of the iconic 1970s motorbike, aimed at asophisticated clientele interested in new trends, it still maintains the fundamental elements that distinguish the brand. Created in a limited edition with only 1,077 units, the bike is enhanced by an aluminium plate with laser etching of each unit’s serial number. The Ducati Scrambler – Italia Independent logo is present on both sides of the tank as well as on the label on the exclusive leatherseat.

“In these days in Miami we have been celebrating art and design, the ideal setting to present the first limited edition of the new Ducati Scrambler and a brand new eyewear collection, the first tangible result of our partnership with Italia Independent,” commented Claudio Domenicali, CEO of Ducati Motor Holding. “Lapo Elkann and his team of creative designers have brought a breath of fresh air and creativity to Ducati, and we are sure that this will be the start of an exciting partnership.” 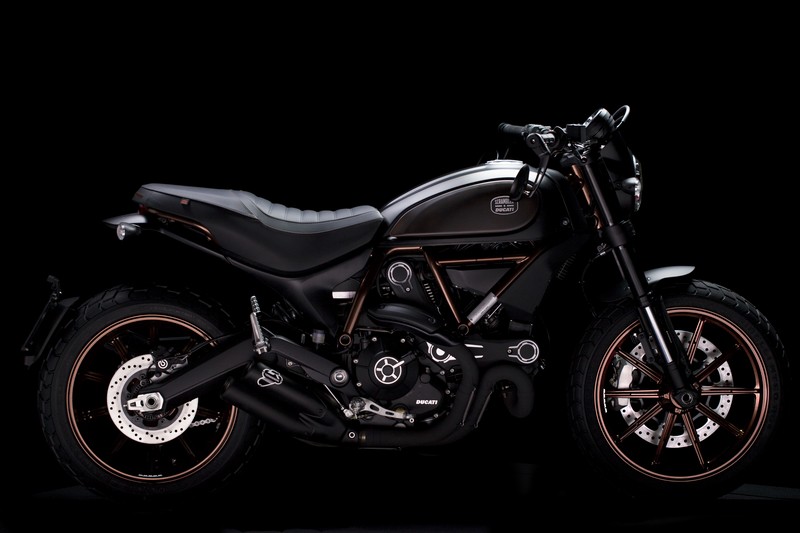 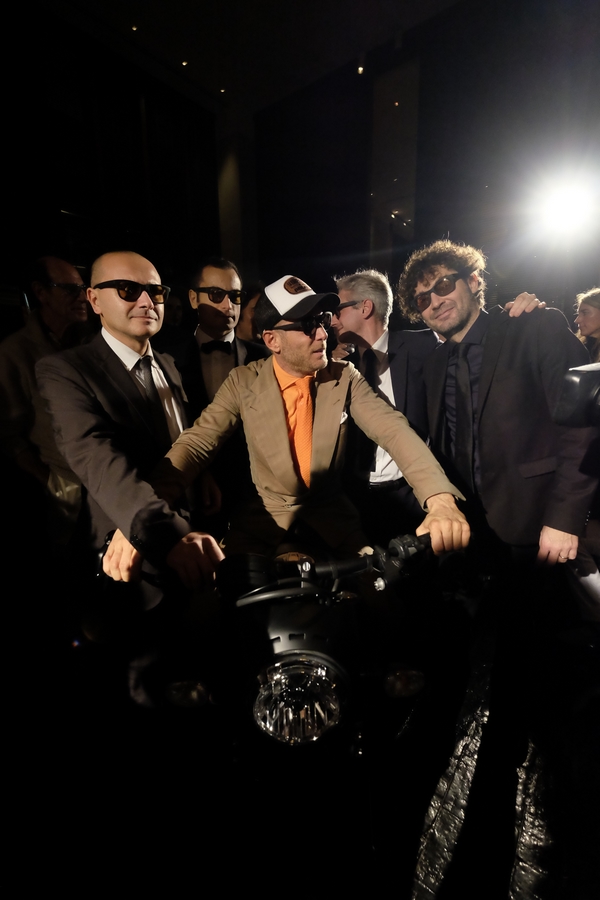 “Art Basel has a certain charm which makes the launch of this all-Italian partnership even more special. Style and technology, heritage and innovation, but more than anything else cohesion and synergy between the two teams, consisting of men and women working together, are the true strength of our two companies and the key to success for this collaboration,” commented Lapo Elkann, Co-Founder and Chairman of Italia Independent.

The Ducati Scrambler Italia Independent is inspired by the world of the “cafè racer” and stands out thanks to a series of hand- crafted details developed together by the creative teams of the two companies: a black engine with brushed cylinder head fins and visible machining, black full exhaust unit with Termignoni silencer, low handlebar with variable section and aluminium rear mirrors mounted on the ends. The short front mudguard, the essential nose fairing, the frame and the wheels painted “Night Copper” (colour designed for this special edition), the seat with stitching in the same colour with the embroidered Italia Independent logo on the back further embellish this version. The “Matte Black” colour of the entire bike and the side panels of the tank, created by an artisan brushing process reminiscent of the “Night Copper” of the wheels and chassis, emphasise even further the “café racer” soul of this new bike. 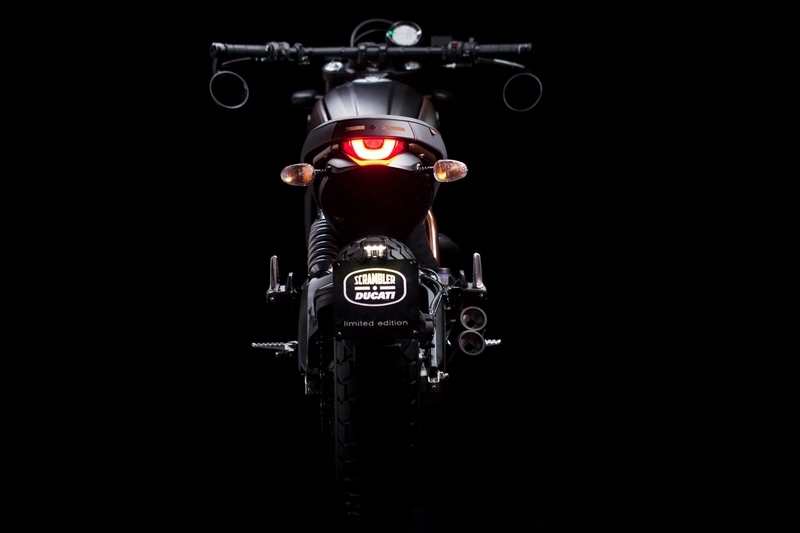 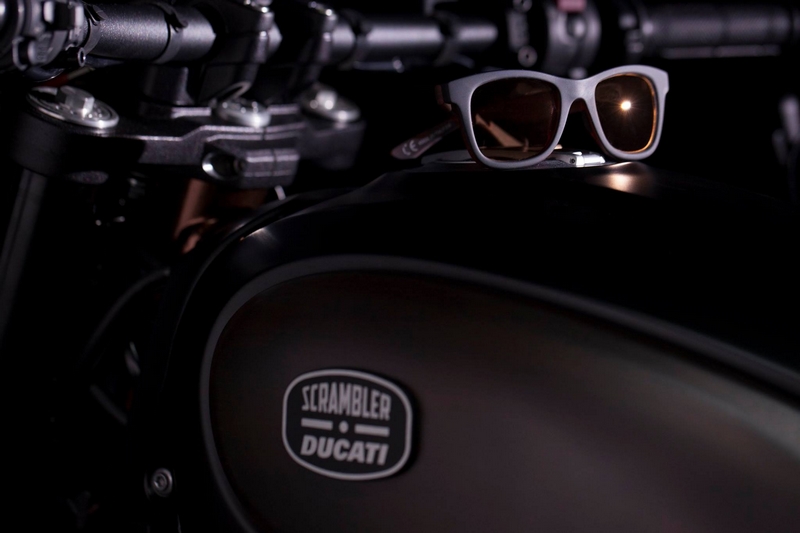 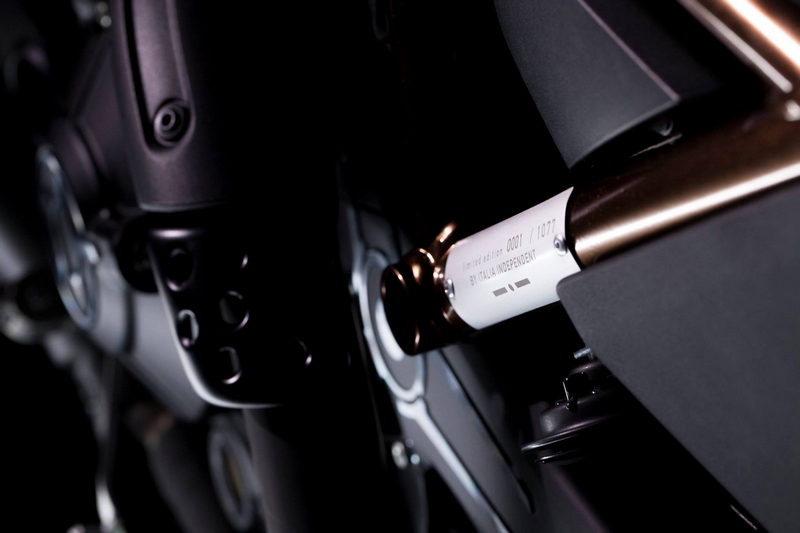 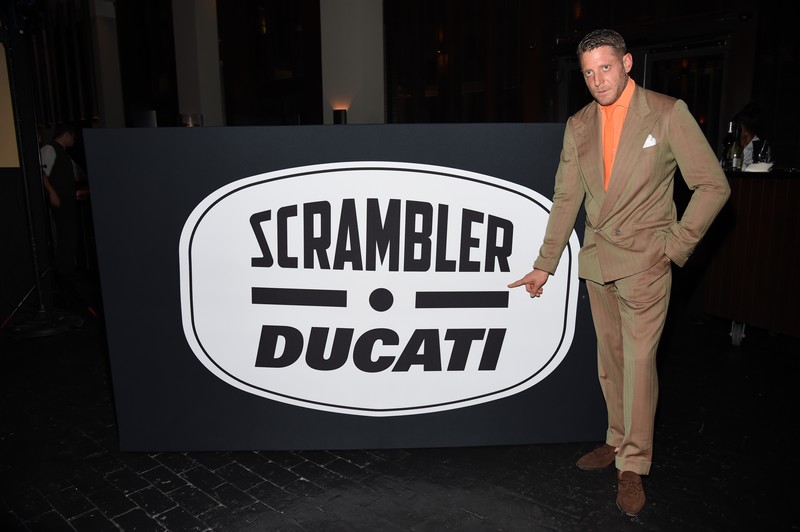 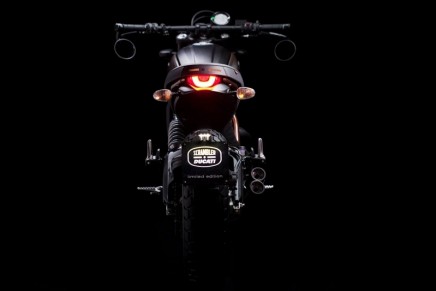 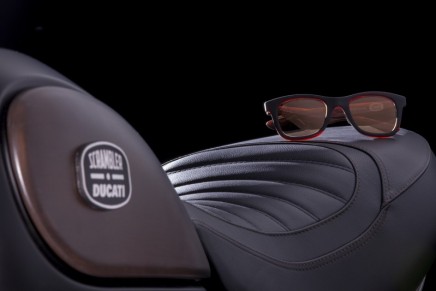 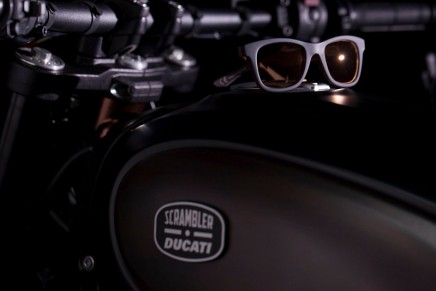 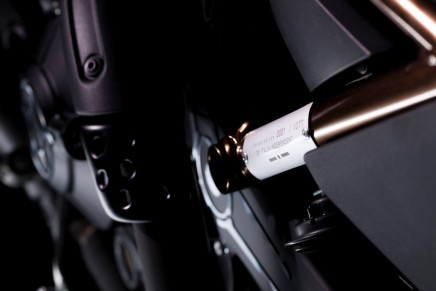 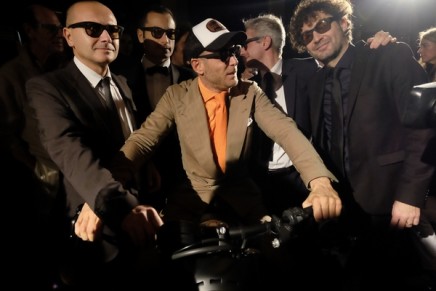 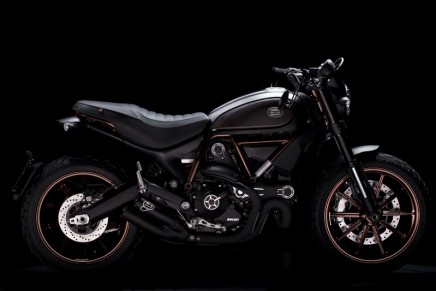 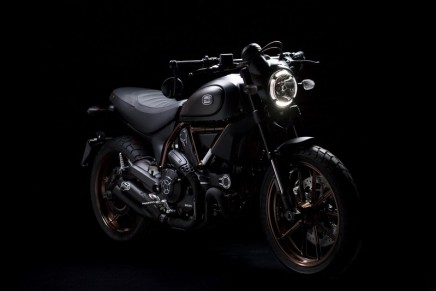 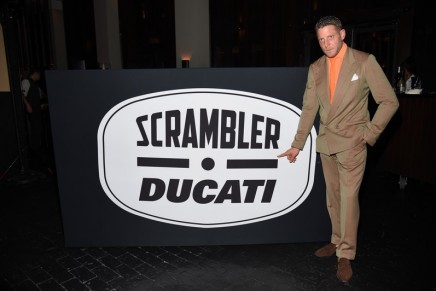