On the 50th anniversary of the World Premiere of Goldfinger, a unique 24k gold-plated third scale replica of James Bond’s iconic Aston Martin DB5 was sold in a special online sale to benefit the NSPCC by Christie’s and EON Productions for £55,000.

It was bought by a farmer from Abingdon in Oxfordshire and was among the highlights of the five lots which made a total of £136,800 for the charity. The model was created by Propshop at Pinewood Studios and signed by legendary Bond Production Designer Sir Ken Adam.

Bidding closed online this evening during an event in London’s West End attended by Bond girl Shirley Eaton. Complete with radio controlled machine guns, bullet proof shield and revolving number plate, interest in the sale came from Bond fans around the world with more than 19,000 visitors from 129 countries to the special christies goldfinger site. 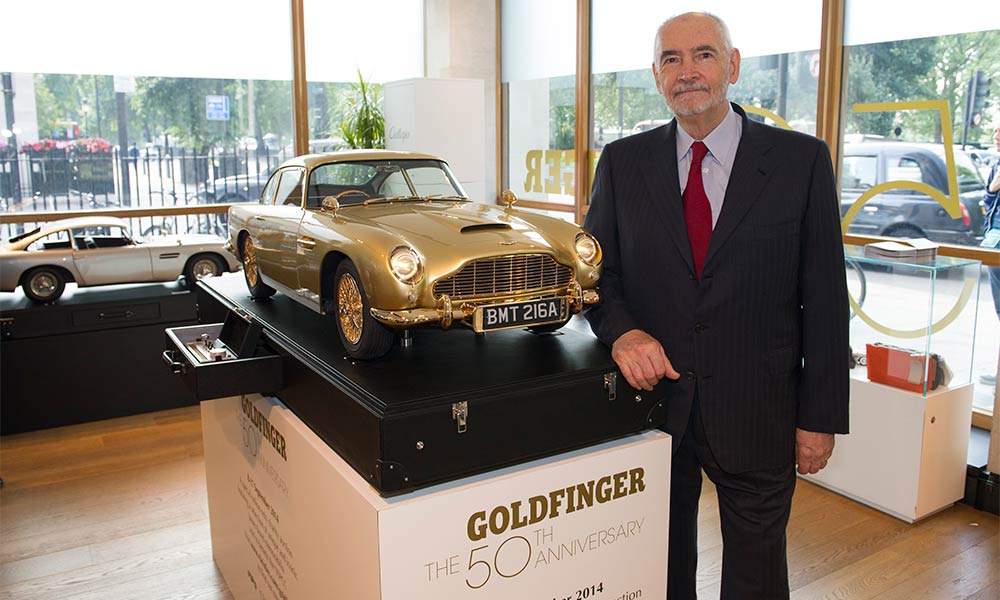 “I saw it at Goodwood this weekend and said ‘I’ll be having that!’. I am a Bond man, the first movie I saw was Thunderball and I was more than happy to support this worthy cause,” said the buyer.

A unique Goldfinger Seamaster ‘Aqua Terra’ wristwatch created by Omega to celebrate the anniversary of the film surpassed the pre-sale estimate ten times when it sold for £70,000. Other items included in the benefit auction were a first edition of Goldfinger by Ian Fleming which made £2,800 and an original British cinema poster with the famous golden girl design which sold for £3,500

The auction coincided with the release of the Goldfinger Limited Edition gold SteelBook Blu-ray from MGM and Twentieth Century Fox Home Entertainment.