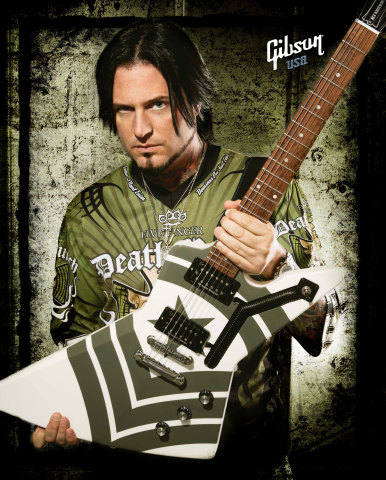 Jason Hook and Five Finger Death Punch have rapidly emerged as global heavy metal headliners, recognized as one of rock’s most successful recording acts. With 3 Gold certified albums in a row, and 10 consecutive Top Ten hits at Active Rock Radio, the band has created a wave of extraordinary buzz and success in the rock world. As a Gibson guitarist and enthusiast, Jason Hook has rocked the music industry with his fret-freaky fingers.