It is the cruise industry’s version of the Oscars & Emmys rolled into one – renowned cruise expert Douglas Ward‘s ratings of 285 ships in 2012 Berlitz Complete Guide to Cruising & Cruise Ships.

Although the economy has been on a roller coaster ride towards recession, serious discounting has allowed the cruise industry to remain remarkably buoyant, a situation that will continue into 2012, according to Ward.

For the 27th year, Douglas Ward—who has spent some 5,700 days at sea –bases his meticulous ratings on criteria including each ship’s accommodations, food, service, entertainment, cleanliness, excursions & general value. “Despite cruise-company claims that theirs has been named the ‘Best Cruise Ship’, there really is no suchthing,” Ward writes. “Only what’s right for you.”

Ward’s ratings, compiled independently & unsubsidized by sponsorship, base its Berlitz stars on points for an unbiased appraisal of what’s best & worst in the world of cruising.

In 2012 Berlitz Complete Guide to Cruising & Cruise Ships, Ward classifies the top 10 as ‘small’ or ‘boutique’. Europa, a ‘Small Ship’ of Hapag Lloyd Cruises, has earned top honors for the 12th year and is again the only vessel in the exclusive 5-star Plus ‘club’, with 1,852 out of a possible 2,000 points. Seabourn‘s ships scoop a remarkable 6 of the 10, while SeaDream grabs the top 2 slots in the Boutique Ships category. 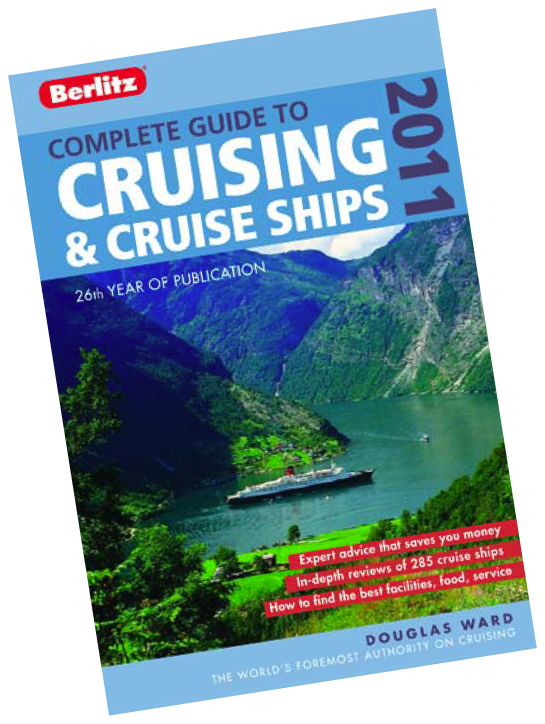